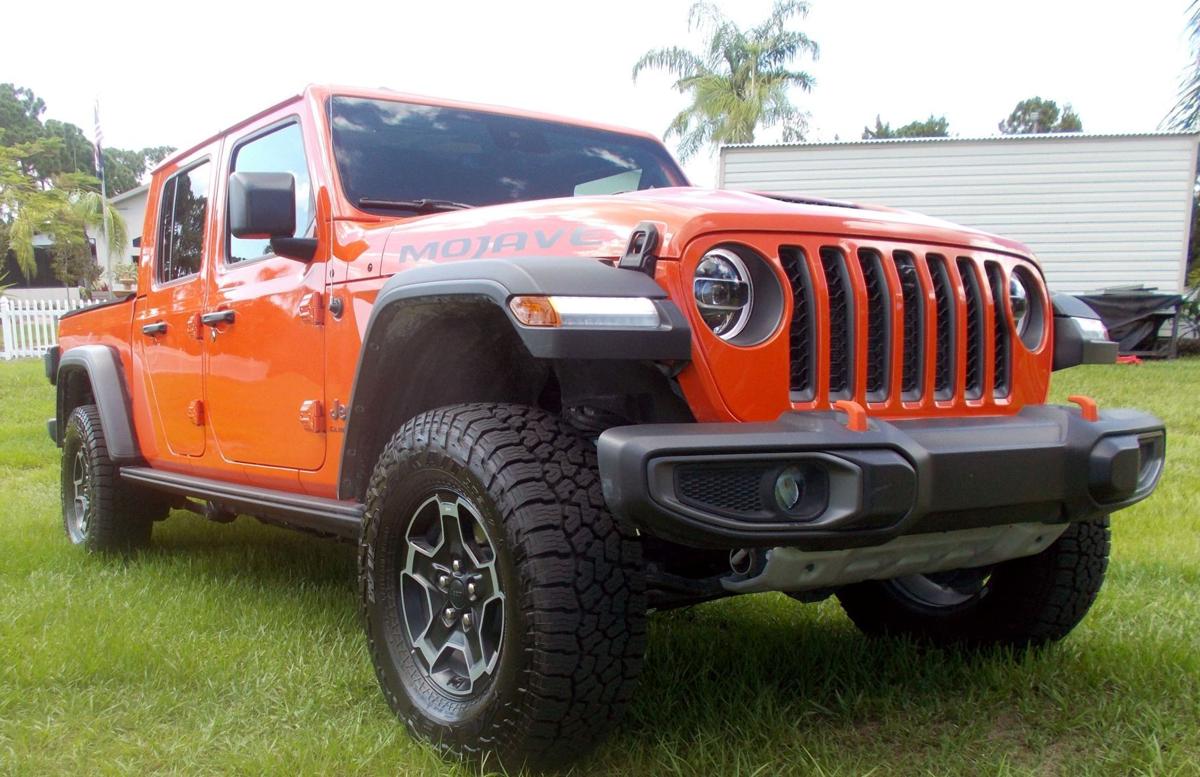 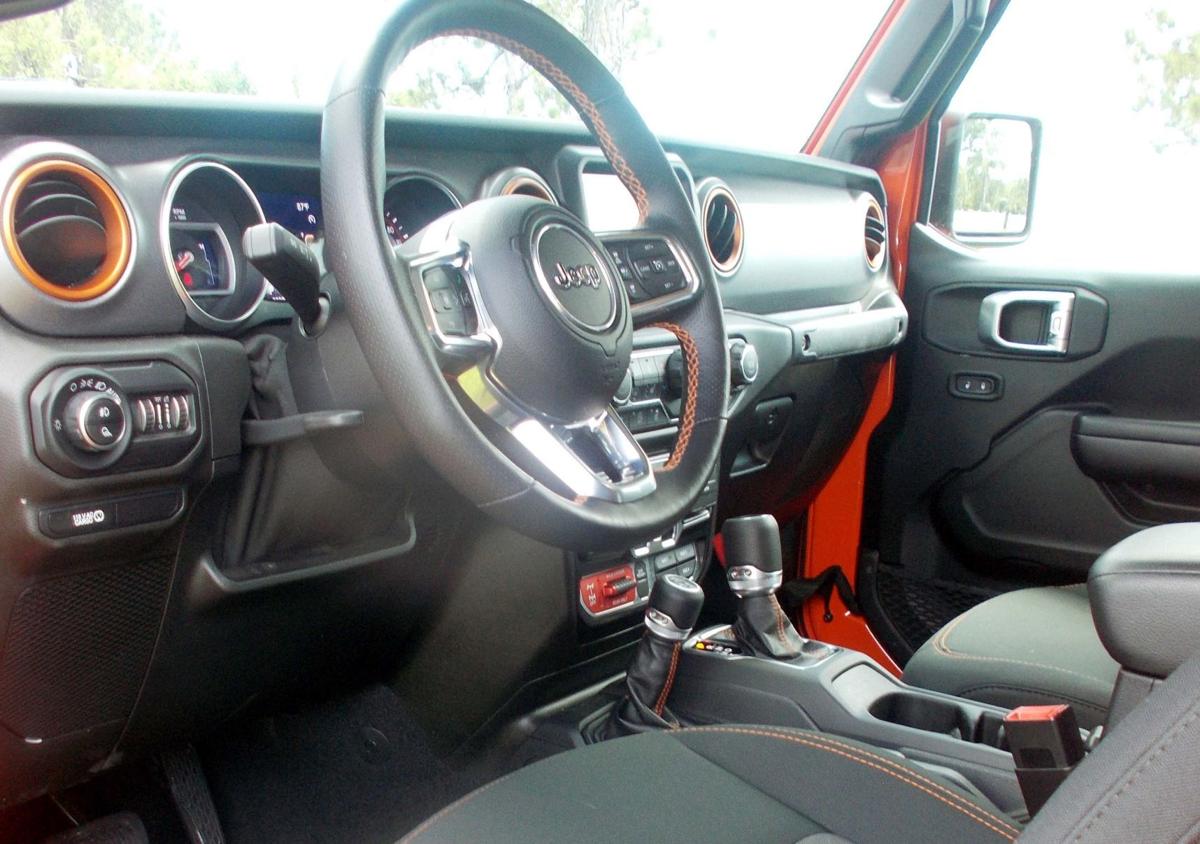 Cabin materials can withstand abuse while providing a functional dashboard and comfortable seats. 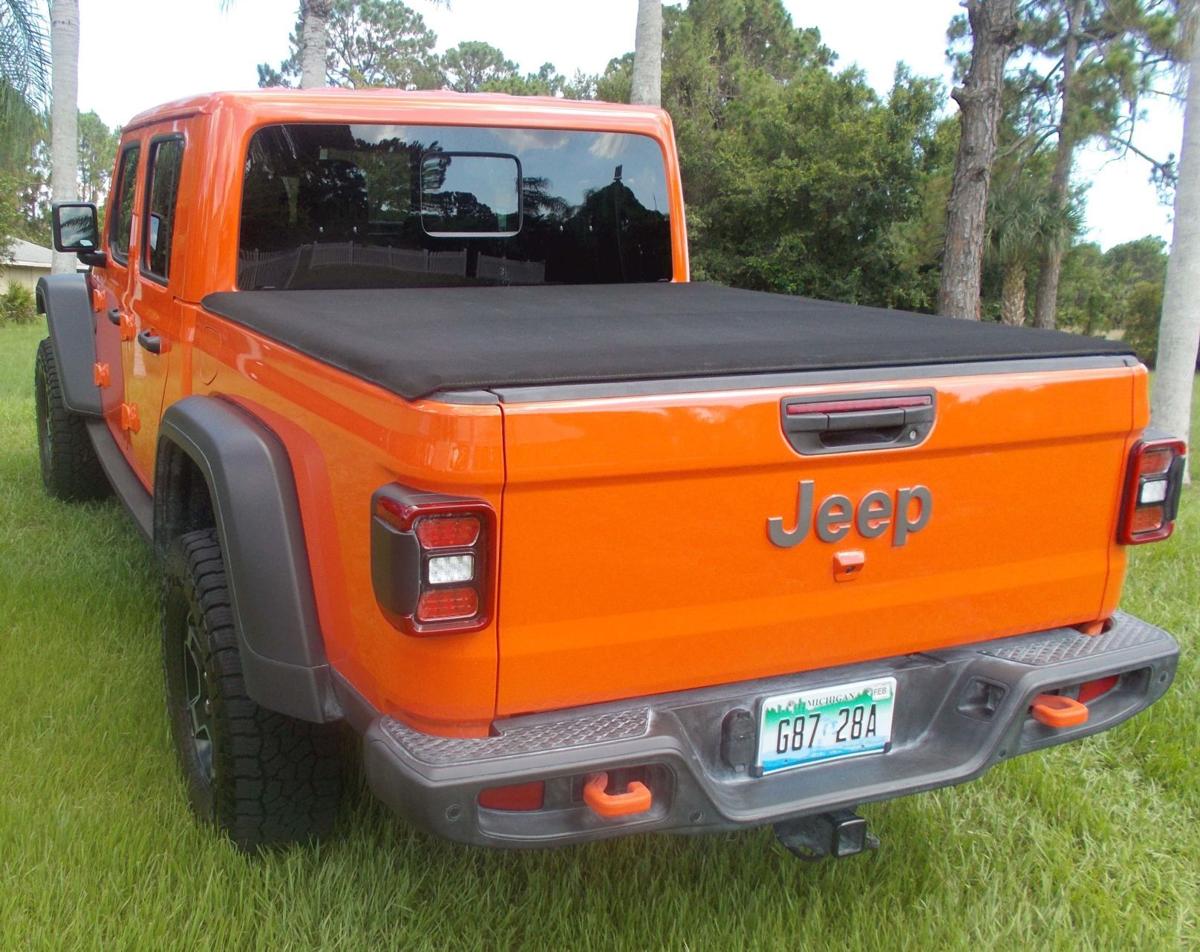 Doors and roof panels are removable along with foldable windshield.

Cabin materials can withstand abuse while providing a functional dashboard and comfortable seats.

Doors and roof panels are removable along with foldable windshield.

You have probably seen these odd-looking Jeep pickups on the road. They are one of a kind and just recently the fun factor increased exponentially with a desert rated Mojave (mow-HAV-ee). Loyal Jeep owners know the Gladiator as an awesome off-road machine carrying the Wrangler flag forward.

The Gladiator badge has a storied past. First introduced in 1962, it shared the same front end as the Jeep Wagoneer with narrow, wide and chassis mounted campers and extended wheelbases. The J-series model continued through 1971 when production ceased.

It was resurrected last year with Sport, Overland and Rubicon trim levels, the latter claiming the most off-road finesse with heavy duty axles, disconnecting sway bars and Fox shocks. But that was then. The Mojave is clearly on steroids compared with its siblings.

Instead of the renowned Trail Rated badge, the Mojave proudly bears the Desert Rated insignia that its southwestern U.S. namesake entrusts. In the week we reviewed the Mojave, the California landscape was too far to travel so South Florida would have to suffice with its water and mud mischievousness and sand.

Where the Rubicon wears Fox shocks, the Mojave is fitted with a pair of 2.5-inch Fox shocks with remote reservoirs in each corner. Together they represent heightened ride compliance and just as important off-road, they keep the chassis from plunging during serious playing.

Power is delivered through a single V6 engine producing 285 ponies and mated with a six-speed manual or available eight-speed automatic with a base price of $43,875. Our tester was in the low $60s.

Enough with the tech talk. We found powering through mud and water trails in southwest Florida child’s play. Mud and water sprays blanketed the Mojave from rooftop down every few seconds. The ride was exhilarating with full grip and no resistance from its 33-inch paws.

Front and rear mounted cameras came in handy when there was little else to provide vantage. Thankfully, the front camera was equipped with jet washers to help with guidance. With just under a foot of ground clearance, the Gladiator’s path with skid plates comes down to a point and shoot affair with its locking rear differential.

Add in an off-road plus driving mode and the Mojave adjusts throttle response, gearing and traction control for heavy duty action on straightaways. While misbehaving in tight trails, we were impressed with the relative pleasant ride unlike Rubicon’s jolting.

When not sloshing around, the Mojave cabin is a nice place to be with creature comforts and a suite of tech driving assists to keep you safer. Switchgear is easily accessible, and seats are firm and comfortable.

While the Mojave is rough and tough, its highway prowess is not a strong suit. Its engine howl is loud but powerful under acceleration and the slightest incline beckons down shifts. On the plus side, max towing is 6,000 pounds with 1,200-pound payload. You will want to test drive this one.

Crash test ratings: The National Highway Traffic Safety Administration (NHTSA) gave the Gladiator four stars out of a possible five for overall front protection for driver and five stars for passenger and three stars for rollover protection. The Insurance Institute for Highway Safety (IIHS) has not rated the Gladiator.