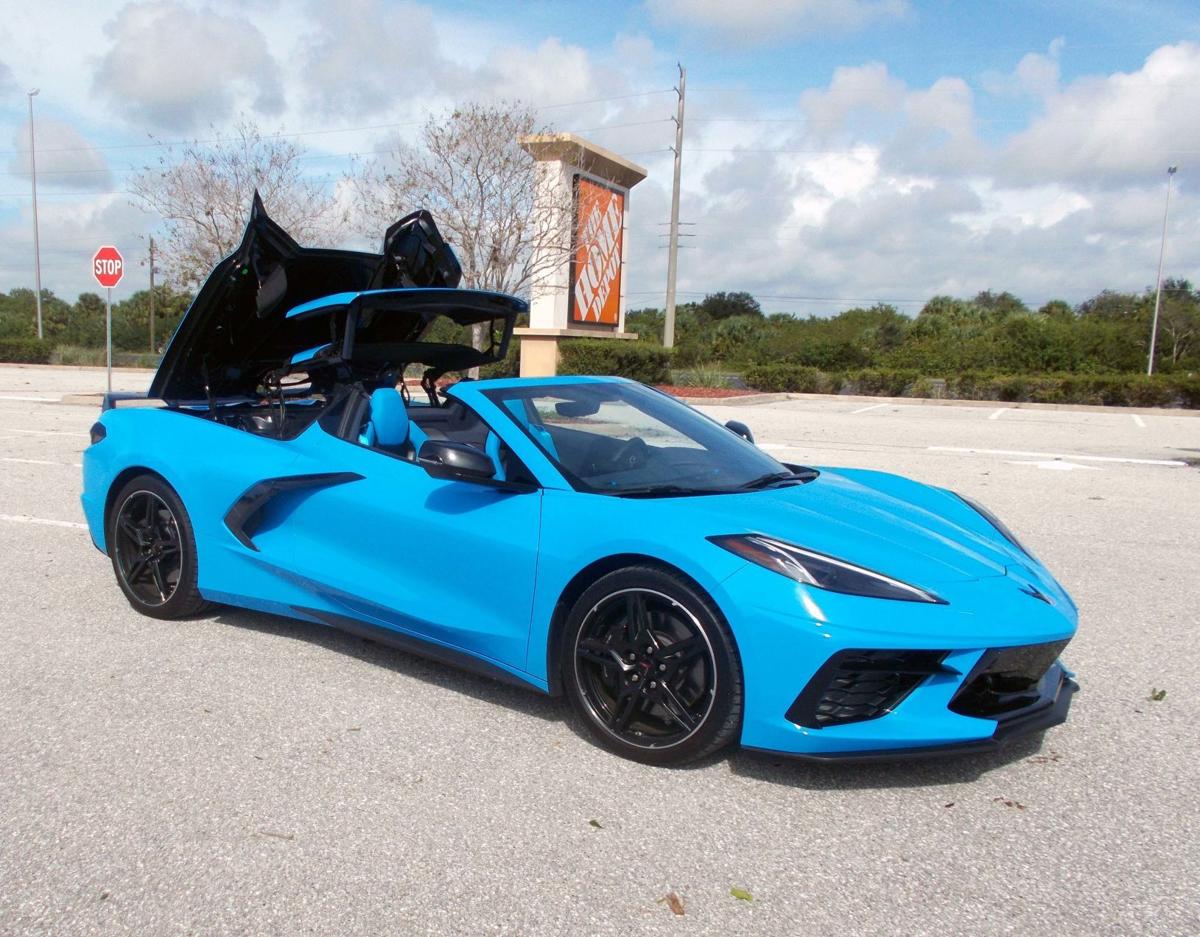 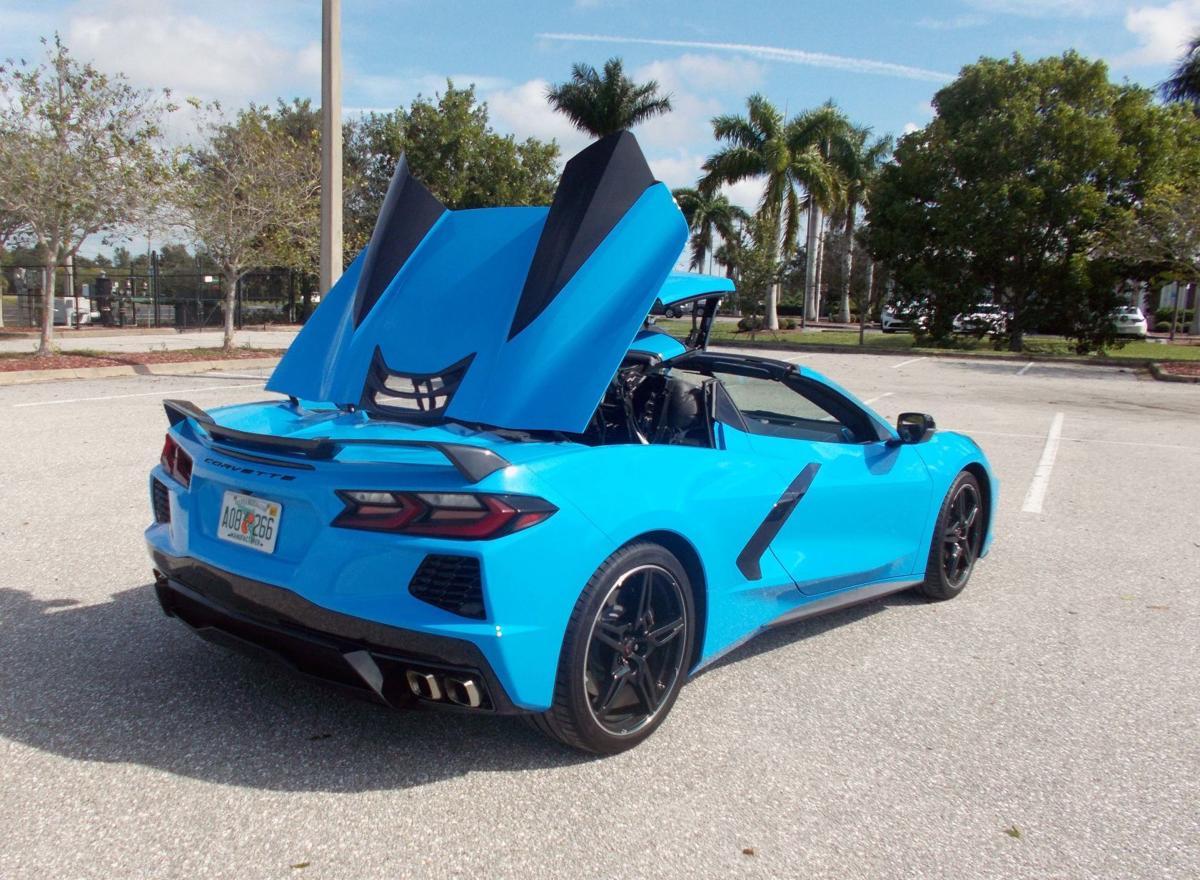 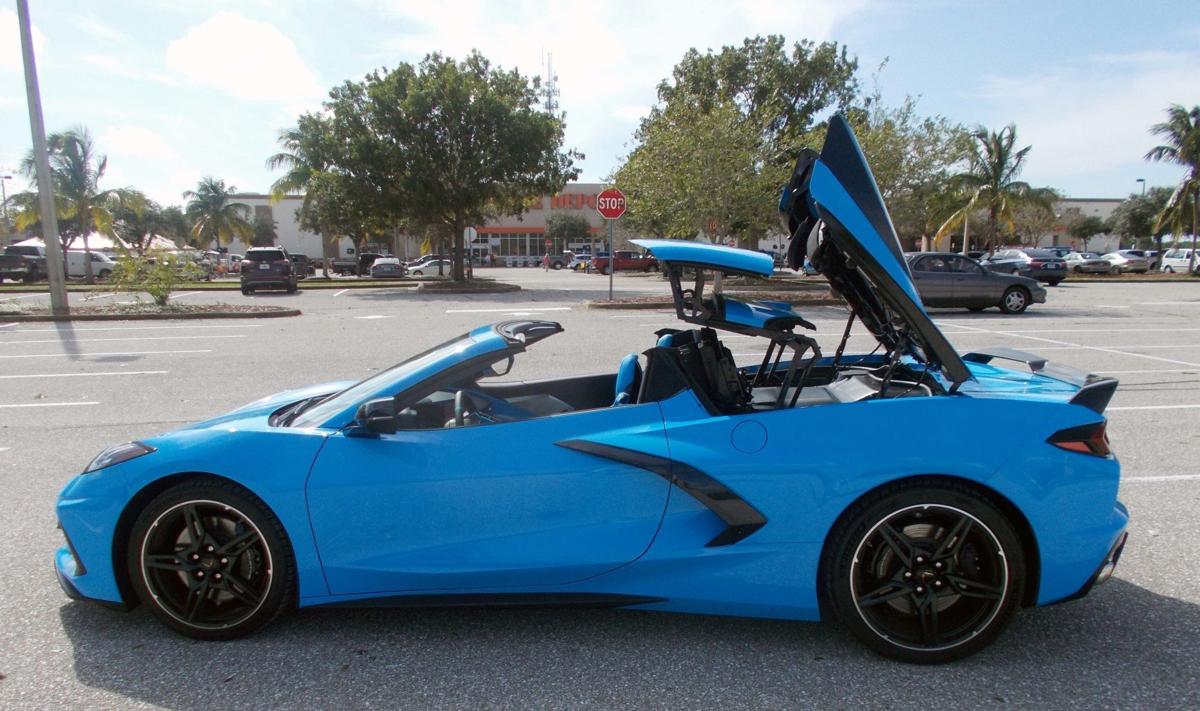 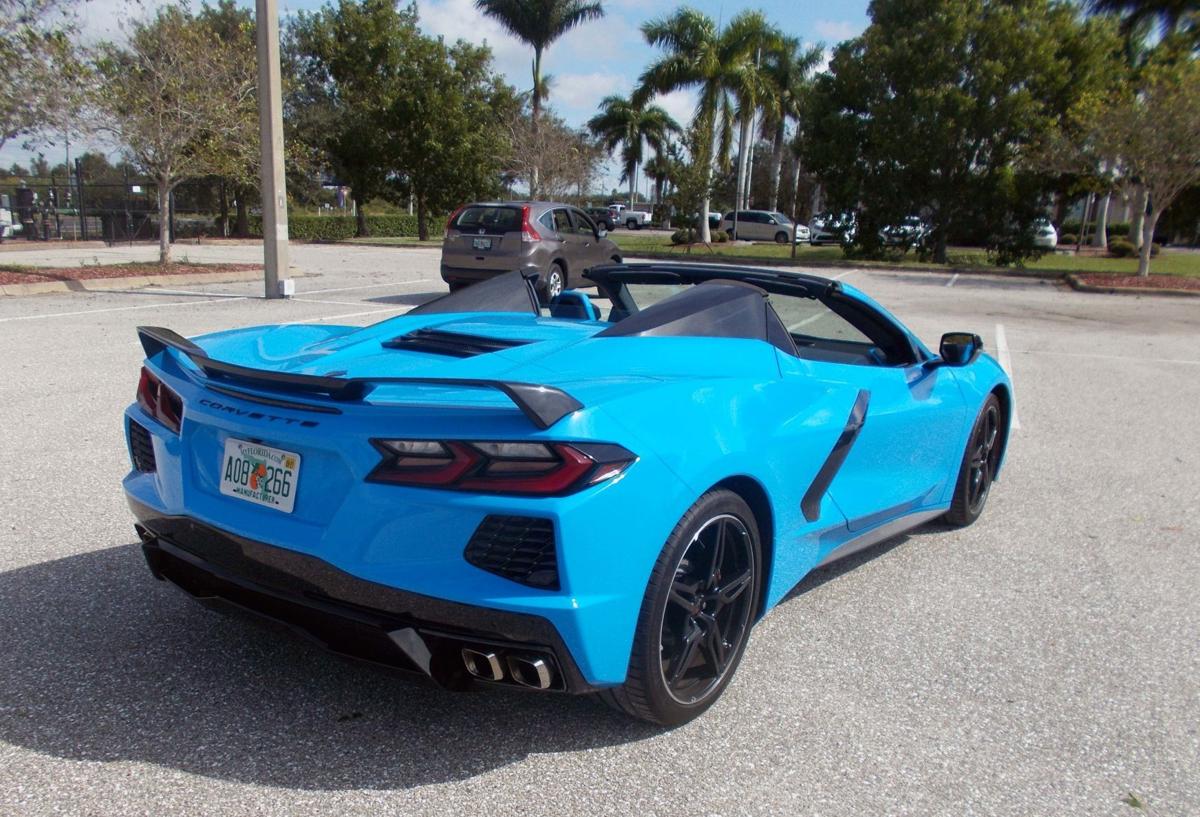 As if the new mid-engine Corvette needed another accolade in its stable, Chevrolet has delivered with the return of the convertible. Aficionados won’t be surprised since the original C1 Vette was open air in 1953.

This is no ordinary convertible though and is a thing of beauty to watch unfold. Six power motors are activated in sequence to transform its roof panels from fixed hardtop to open air in 16 seconds at speeds up to 30 miles per hour.

Like a symphony in motion, a large rear panel lifts upward as the roof panels are raised and lowered just above the engine before the outer panel collapses on top.

While the convertible option adds $7,500 to the $60,000 base price, the combination is still a bargain in the world class cars it directly competes with. It’s an impressive list too including Lamborghini, Ferrari and McLaren, each in the $2-300,000 range.

The just released convertible comes on the heels of the new 2020 Stingray that we recently reviewed. While similar in overall design there are distinct differences.

We were smitten with a clear view of the mid-engine which is covered over with the convertible panels. Although removable T-tops offer a partial open air feeling they are no substitute for the convertible.

Bottom-line, why spend hundreds of thousands on exotics when the Vette looks phenomenal and outperforms most everything on the road. Speaking of performance, the Vette is powered by a 495 horsepower, naturally aspirated V8 mated with an eight-speed automatic transmission. While no manual transmission available, the new tranny is automatic in name only.

With no torque converter, a dual clutch regulates each clutch pack and input shaft with split second precision propelling the Vette to 60 miles per hour in 2.8 seconds.

Multiple driving modes are available to customize your ride including the default – Tour, Eco, Weather, Sport and Track. Settings can be stored for each mode and are enabled with the push of a Z button located next to the square steering wheel.

Pedal pressure delivers instant thrust at nearly any speed while available performance exhaust can be regulated to your preference.

While hard to imagine, there is 13 cubic feet of cargo space located behind the engine compartment, enough for two golf bags with more cargo available in the front hatch.

Cabin environment can be customized using a driver-angled row of 14 buttons and three toggle switches with driver features on top and passenger climate below. Customizable digital gauges monitor engine vitals and driving modes with a 12-inch screen and an eight-inch info display at center console for navigation, entertainment and phone.

Aside from its nameplates, the new Vette has little resemblance to its predecessors evidenced by crowds taking photos in parking lots, on the road with high fives everywhere in between.

The two-seater offers multi-powered seat adjustments with lumbar and an available heads up display for keeping eyes on the road especially helpful during spirited driving maneuvers.

Crash test ratings: Neither The National Highway Traffic Safety Administration (NHTSA) nor The Insurance Institute for Highway Safety (IIHS) has rated the Corvette as of this writing.