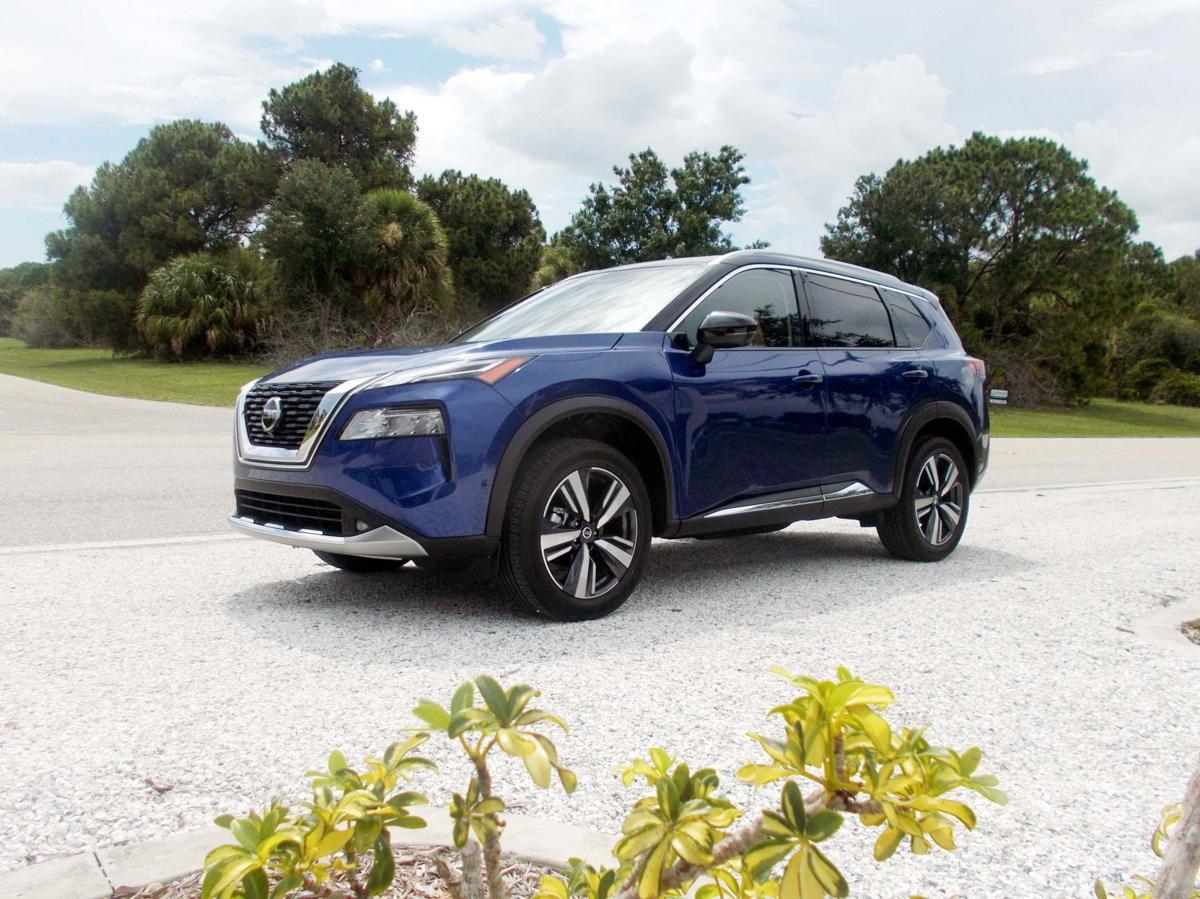 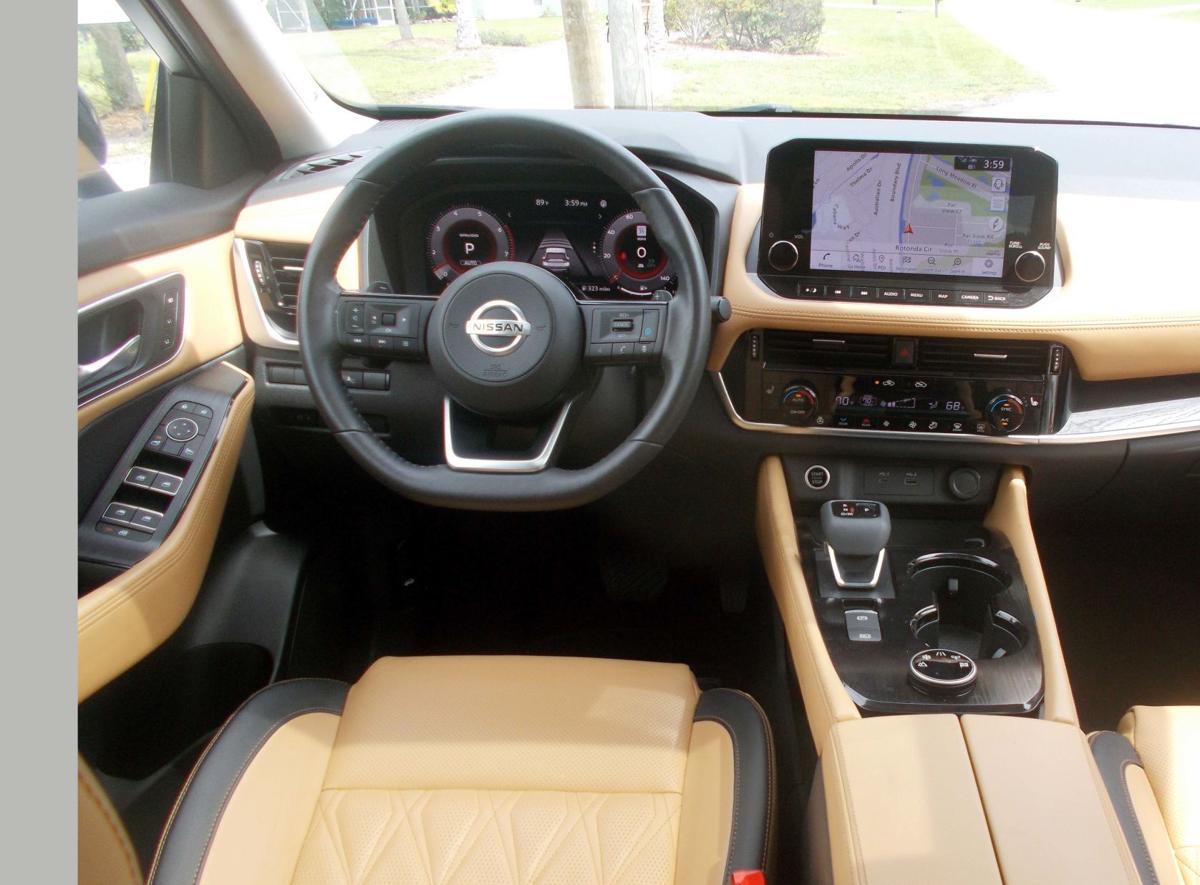 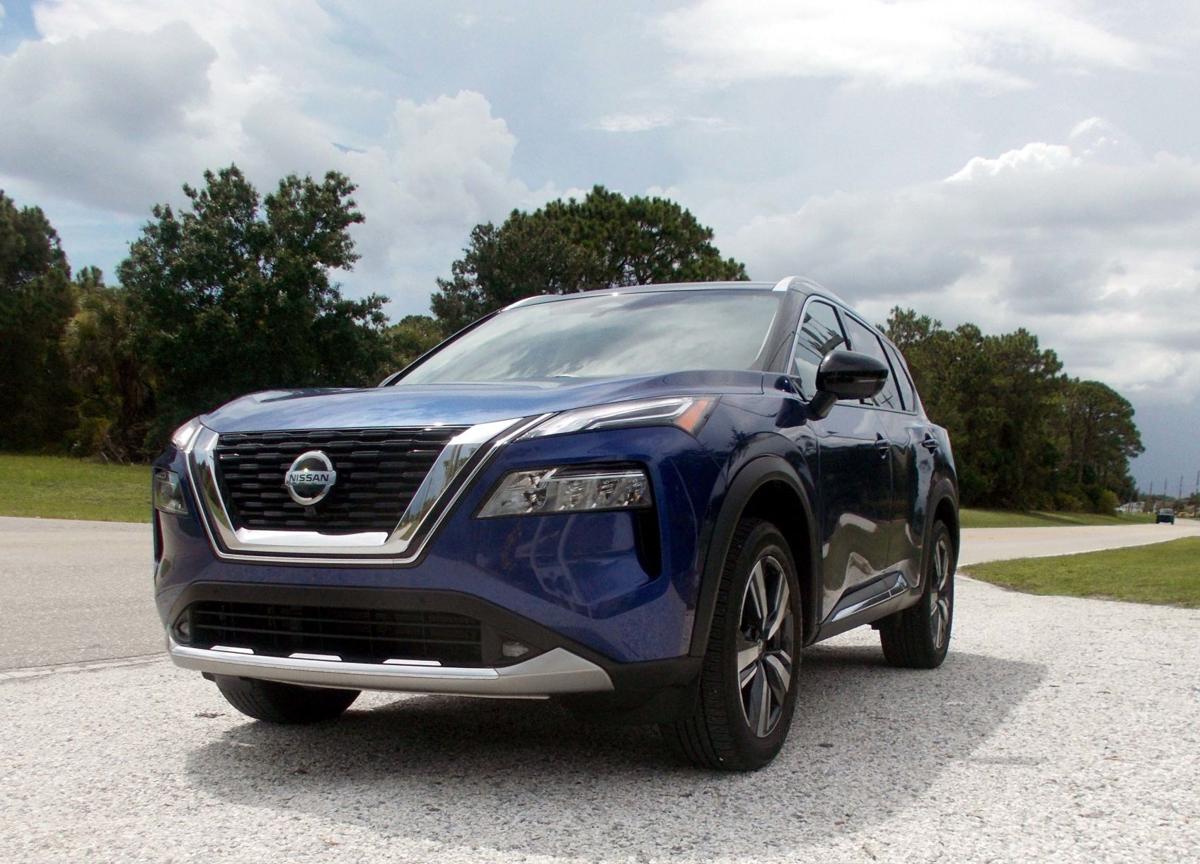 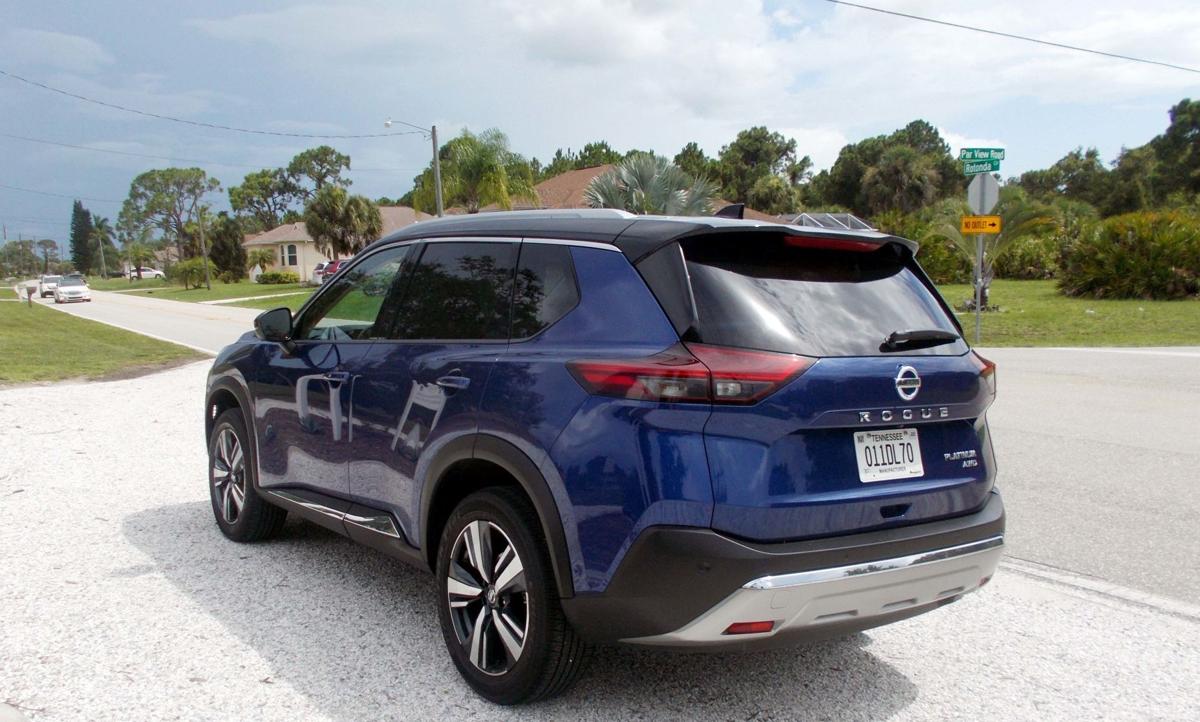 When early SUVs hit the road, they took it on the chin for having a truck like presence with ladder frames and a choppy ride. Many wore rounded fenders and stretch back front ends.

Fast forward to the 2021 Nissan Rogue makeover featuring interior and exterior re-designs, and you guessed it, a new boxier design front and back. Go figure.

The new look has a premium appearance though and it is highlighted with active grille shutters, 3-D tire deflectors, underbody covers and rear spoiler.

With improved driving dynamics, Nissan believes they have another hit since the popular compact model debuted in 2008. We agree but wish more oomph was under the hood to prop up mediocre acceleration.

Sole engine is a four-cylinder direct injection with 181 horsepower, producing a like amount of torque. An electronic shifter has a manual mode. In our independent testing, the new Rogue reached 60 miles per hour from a dead stop in 8.3 seconds, trailing key rivals’ Honda CR-V and Toyota RAV4.

Rogue is available in four trim levels – S, SV, SL and Platinum. Front wheel drive is standard and all-wheel-drive is an available option for each at $1,400.

Base prices range from the mid-$20s to just under $40 large, slightly more than rivals.

Connectivity is made easy with wireless Apple CarPlay however the same cannot be said for wired Android Auto – curious in that more than half of cell phones are the latter.

In highway travel, once up to speed, the Rogue offers a compliant ride with precise steering, firm braking and little body roll. While it lacks in passing power, the Rogue delivers a smooth ride with 19-inch alloys and suspension that absorbs most pavement irregularities.

The list is lengthy with emergency front and rear braking with pedestrian detection, rear cross traffic alert, blind spot warning, lane departure warning, adaptive cruise control that works with navigation to slow the vehicle prior to upcoming curves in the roadway.

With the redesign, be sure to include the new Rogue in your short list of test drives along the RAV4, CR-V, VW Tiguan, Kia Sportage and Hyundai Tucson.

Crash test ratings: The Insurance Institute for Highway Safety (IIHS) awarded the Rogue a Top Safety Pick for 2021 and rated its overall crash worthiness as "Good", its highest rating, in small and moderate overlap, side, roof strength and whiplash protection. It also received a "Superior" rating for its front crash prevention – vehicle to vehicle and vehicle to pedestrian. The National Highway Traffic Safety Administration (NHTSA) gave the Rogue four stars out of a possible five in overall frontal crash protection, two stars for passenger, five stars for side barrier and pole safety combined and four stars in rollover protection.