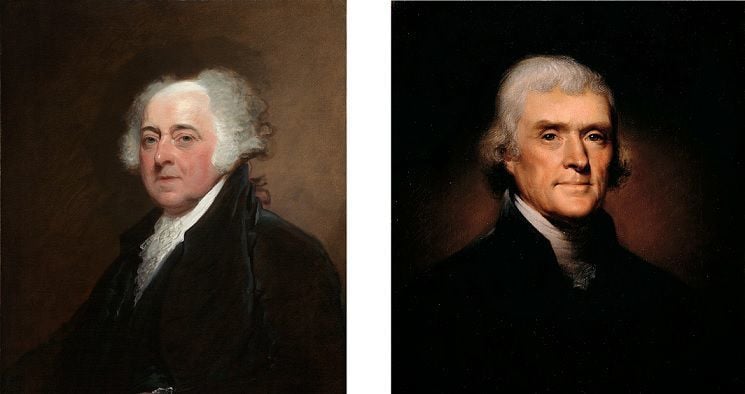 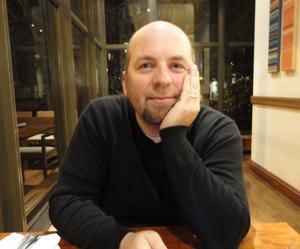 On a warm day in July, John Adams lay in his bed at his home in Quincy, Massachusetts. The aged former president had been unable to leave his bed for several days.

The unmistakable sound of cannons firing in the distance got his attention. It was a sound he remembered all too well. His thoughts raced back to the events of the American Revolution. Following the Boston Massacre on March 5, 1770, it was he, then a 34-year-old Boston attorney, who successfully defended the British troops against charges of murder. None of the other local attorneys would take on the case for fear of reprisals. In the trial, Adams proved that an angry mob had provoked and attacked the British soldiers. The soldiers had acted in self-defense.

Although Adams had defended the British troops in the Boston Massacre trial, he spoke out and fought constantly against what he, and many others, considered unfair taxation and unjust attacks by the British Parliament. As a member of the First and Second Continental Congresses, he argued aggressively against Parliament’s ultimate control over the colonies. He was one of the first people in Congress to argue for total separation from Great Britain.

Adams’s thoughts raced back to his old friend, Thomas Jefferson. While Adams argued for total separation in Congress, Jefferson watched, absorbed everything, but said nothing. Adams had never heard Jefferson speak more than a word or two in Congress, and that was usually a simple aye or nay during a vote. Adams and Jefferson developed a friendship over the issue of independence. Before the Congress declared independence, Adams formed a committee to draft a formal Declaration of Independence. Reluctant at first, Jefferson completed a draft of the Declaration which the committee edited into the document’s final form.

On July 2, 1776, Congress approved the Declaration. Adams predicted the second day of July would be celebrated annually throughout the country. Congress approved the Declaration on July 2, but officially declared independence two days later, which is why we celebrate independence on the fourth of July and not the second of July.

The war raged on until October 19, 1781, when the British General, Lord Cornwallis, surrendered at Yorktown, Virginia. America had won its independence. Adams, Jefferson, and the other founding fathers spent the next eight years developing America’s system of government. Adams and Jefferson had spent years as envoys in separate countries trying to garner support against the British, and, once the war was over, as ambassadors of the new country.

Adams and Jefferson wrote letters to each other frequently and spoke highly of their friendship in letters to others. In a letter to James Madison, Jefferson wrote that Adams “is so amiable, that I pronounce you will love him if ever you become acquainted with him.” Adams expressed his affection for Jefferson in a letter to him in which he wrote “intimate correspondence with you…is one of the most agreeable events in my life.” Their friendship grew stronger when Jefferson arrived in England on diplomatic business. Adams was currently serving as an ambassador to Great Britain. Adams and Jefferson toured several English gardens and visited William Shakespeare’s home. Adams recorded in his notes that they chipped off a piece of Shakespeare’s chair “according to the custom.”

In 1789, the presidential electors cast their votes for the first President of the United States. The candidate who received the most votes became president and the candidate who received the second most votes became vice-president, a system that seems foreign to us today. George Washington won by a landslide followed by Adams. George Washington served two terms as president with Adams as his vice-president. All the while, Adams and Jefferson remained friends.

George Washington’s announcement that he would not accept a third term as president created a power struggle in Congress. The members of Congress broke off into factions, the Federalists and the Republicans. The Federalists chose Adams as their candidate and the Republicans chose Jefferson. Adams, who had argued and played a large part in convincing the Congress to vote for independence, and Jefferson, who had drafted the Declaration of Independence, were on opposite sides. When the electors tallied the votes, Adams won the election by just three votes. Adams became president and Jefferson became vice-president, the only time in American history where the president and vice-president were from opposing political parties.

Jefferson served two terms as president and retired to his home, Monticello, in 1809. For eight years, the old friends had had no direct communication. They only heard about each other through friends. In 1811, Jefferson learned through mutual friends that Adams had said, “I always loved Jefferson, and still love him.” With this simple statement, Adams and Jefferson renewed their friendship with another series of letters which continued for the rest of their lives.

Upon hearing the cannons firing again, Adams was jolted back to the events of the moment. He inquired as to the reason for the firing cannons. Someone at his bedside answered that they were firing cannons in celebration of independence from Great Britain. It was the fourth of July. “It is a great and glorious day,” Adams replied. Newspapers reported that “he never spake more.” At around 6 p.m., John Adams passed away. Some historians have claimed that when Adams realized that death would soon take him, he uttered the phrase, “Jefferson survives.” Unbeknownst to Adams, Jefferson had died five hours earlier. John Adams, the man who convinced Congress to declare independence, and Thomas Jefferson, the man who drafted the Declaration of Independence, both died on the same day, July 4, 1826 – the 50th anniversary of the Declaration of Independence.

A writer of history, Brad Dison earned his master’s degree in the subject from Louisiana Tech University. He has written four history books and has been published in newspapers and scholarly journals.

Keep up with the column through the Facebook group “Remember This? by Brad Dison.” For more real stories about real people with a twist, listen to Brad Dison’s podcast “Remember This?” at http://www.BradDison.com.