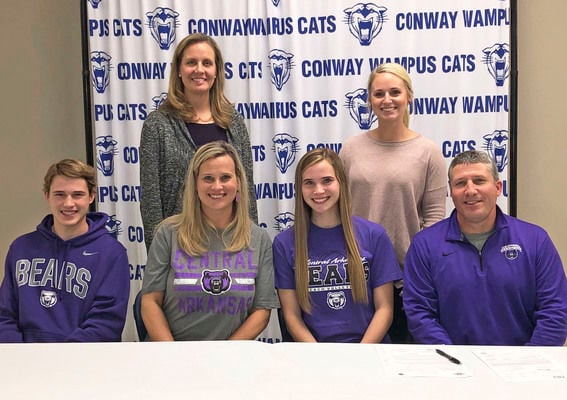 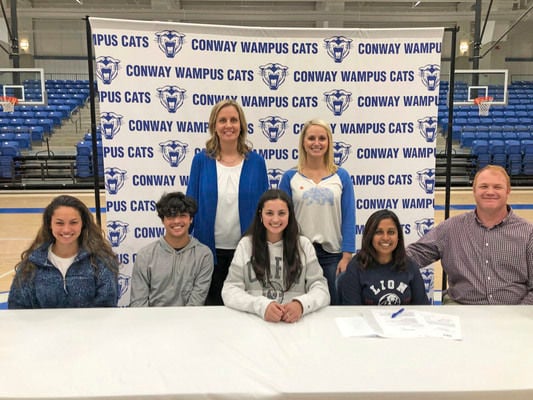 Submitted PhotoConway Lady Cats volleyball senior Coryn Chaffin signed her letter of intent Wednesday to continue her volleyball and academic career at the University of Arkansas at Fort Smith.

Submitted PhotoConway Lady Cats volleyball senior Coryn Chaffin signed her letter of intent Wednesday to continue her volleyball and academic career at the University of Arkansas at Fort Smith.

A pair of Conway High School volleyball players have announced where they will be attending and continuing their playing career next fall.

Both Anna Collums and Coryn Chaffin signed letters of intent recently as the pair will head off to college after their senior year concludes.

Collums was named to the all-state tournament team and all-conference team in 2019.

She ended her two-year career with the Lady Cats, recording 255 kills, 25 blocks, nine aces and 177 digs.

She signed her letter of intent Monday to continue her career at the University of Central Arkansas as part of UCA’s beach volleyball team.

During her three years with Conway, Chaffin has helped the Lady Cats to the conference championship in 2017 and a state title in 2018.

She was named an all-state and all-conference selection.

Chaffin signed her letter of intent Wednesday to continue her career at the University of Arkansas at Fort Smith.

Another Lady Cat signing will happen in December.

University of Central Arkansas head coach Natasha Vincent and the women's golf team announced the addition of Tanja Csaszar to the 2020 recruiting class on Thursday.

Csaszar will bolster a young team with her international experience and add depth to the Bears roster.

The Santiago, Chile, native is an intelligent golfer and brings a championship mentality to UCA.

Sanford, a middle infielder and third baseman from Sheridan, has won three state championships as a member of the Yellowjackets.

She won the gold glove award in 2019, while also stealing the most bases for Sheridan and being both an all-conference and all-state selection and, additionally, earning an honorable all-state mention as a sophomore in 2018.