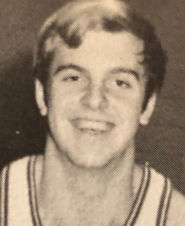 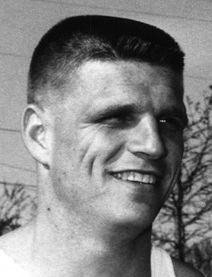 The Wampus Cat Sports Hall of Fame induction banquet is on hold due to COVID-19, but today we will highlight the final two individual inductees for the Class of 2021.

Both of this week’s featured athletes continued their college careers at UCA.

Hal Crafton played halfback on the Conway High School football team, but it was on the hardwood where he earned his place in Wampus Cat history.

A great passer and playmaker, he paid immediate dividends for the Cats.

As a sophomore, Crafton was named all-region 5AA and hit the game-winning shot in the state AA quarterfinals.

Conway fell in the semifinal game, but the best was yet to come, for Crafton and for the Cats.

In 1973, Conway High was bumped up from Class AA to Class AAA, but the Wampus Cats won their first basketball state championship in school history, defeating Forrest City 50-42.

Crafton was named all-state that season as a junior.

In the championship game, Crafton led the Wampus Cats with 30 points, as Conway defeated Hot Springs 74-72.

Crafton and the Cats wrapped up that season playing in the most famous high school basketball game in state history, the 1974 Overall finals, in front of a record crowd of 8,000 in Barton Coliseum, falling to Fort Smith Northside to finish the year at 28-1.

Crafton was again named all-state, as well as to the Arkansas Gazette Super Team.

Crafton originally signed with Arkansas Tech, but continued his basketball career at the University of Central Arkansas, lettering in 1976 and 1977.

Coached by fellow Class of 2021 inductee Ken Stephens, Owen garnered all-state football honors as a guard in 1959 and played in the 1960 all-star game.

But it was on the oval where Owen was the most outstanding.

To make it even harder, Owen had to complete 12 races that day, as the prelims and finals were all run on the same day.

Owen continued his career at Arkansas State Teachers College, now the University of Central Arkansas, and never missed a beat.

Owen has been inducted into the UCA Sports Hall of Fame and the Arkansas Track & Field Hall of Fame.