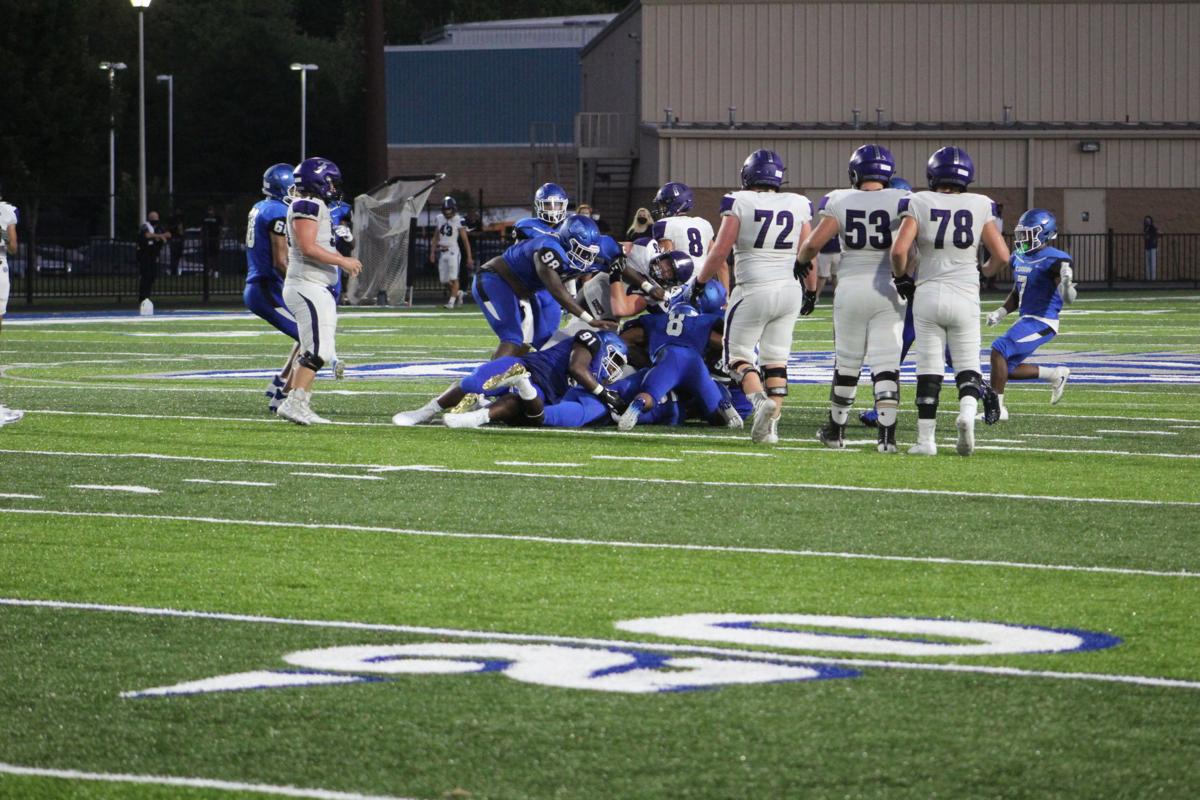 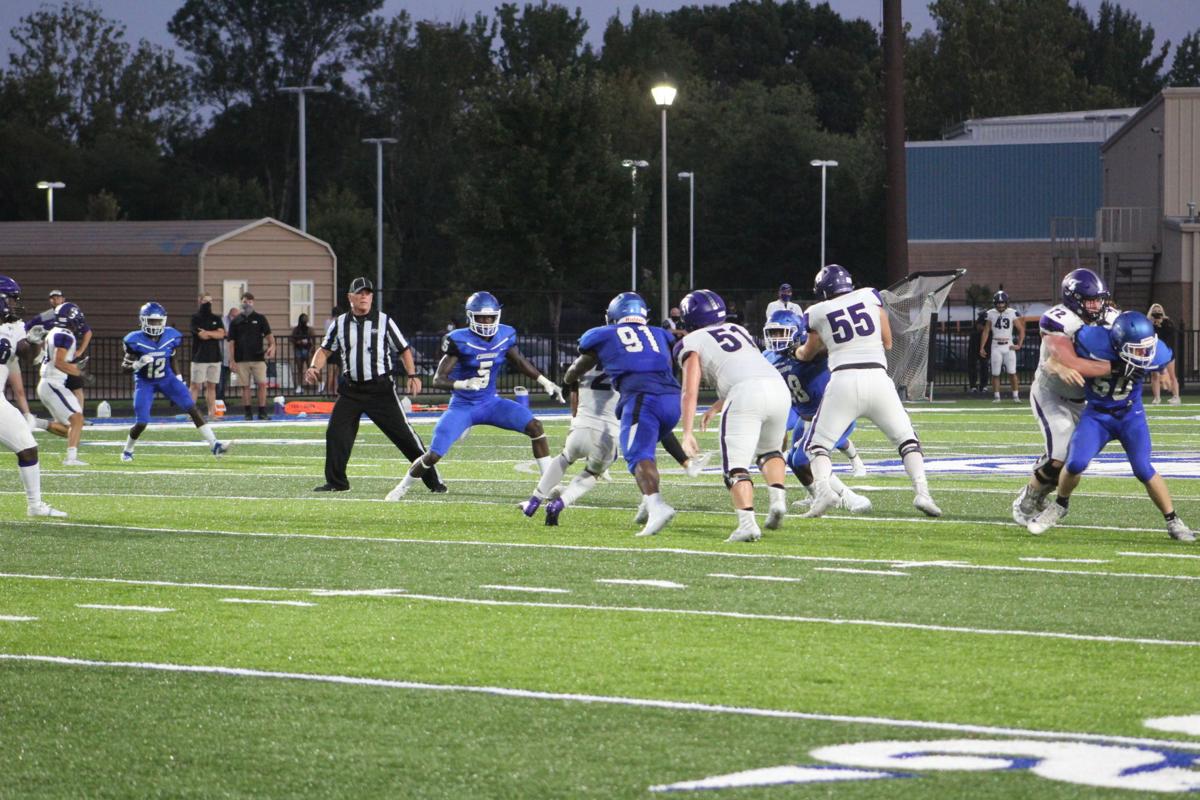 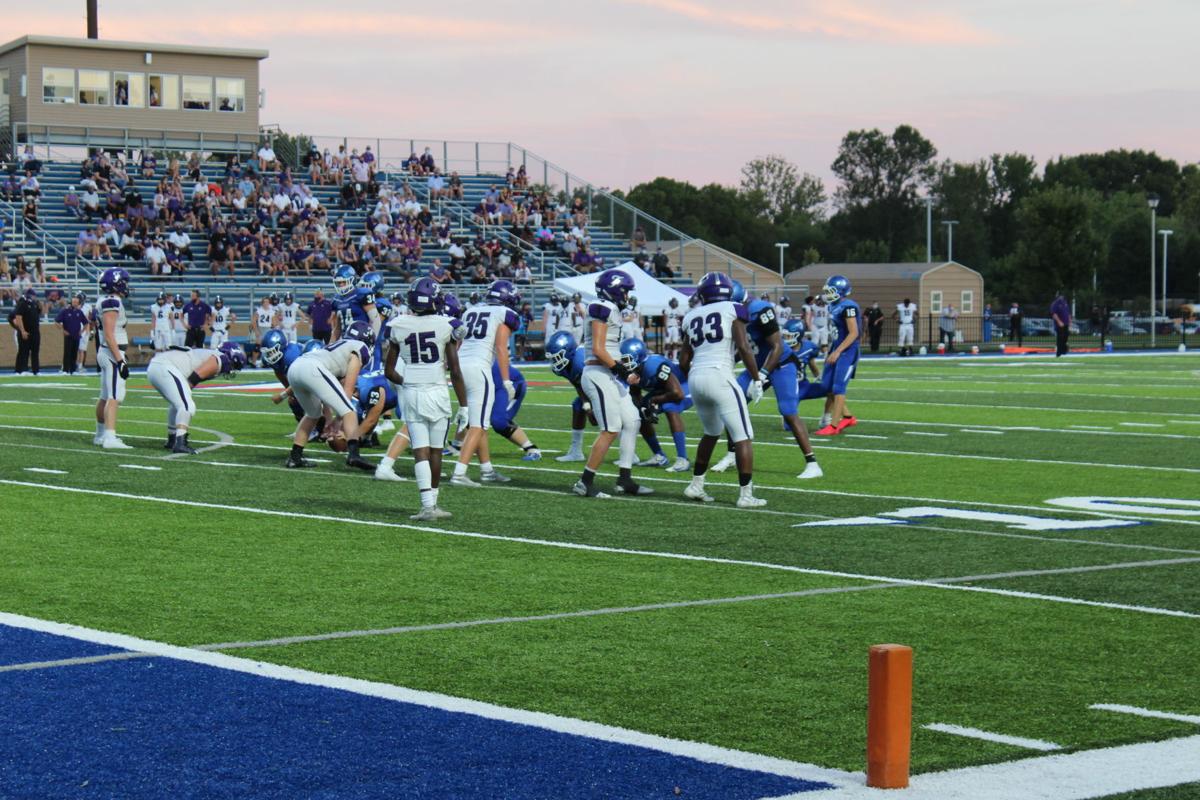 The Conway Wampus Cats beat the Fayetteville Bulldogs 38-21 in their opening game of the season on Friday night at John McConnell Stadium in Conway.

The game followed months of questions regarding the effect of the coronavirus pandemic on high school football in Arkansas and was played with Conway’s stadium at only 33 percent capacity and social distancing in the stands and on the sidelines. Additionally, game attendees and high school staff were required to wear facemasks.

Early in the first quarter, the Bulldogs took advantage of a sluggish Conway start, with junior Fayetteville quarterback Owen McCone connecting for a 45-yard touchdown pass with fellow junior Jalen Blackburn on the game’s opening drive.

Despite an interception by the Wampus Cats a couple drives later, Conway failed to capitalize on the opportunity, as senior quarterback Ben Weese forced a throw under pressure and was intercepted by Fayetteville defensive lineman Kaiden Turner.

McCone led the Bulldogs to the Conway one-yard line, where running back Manny Smith scored an additional touchdown for Fayetteville, giving them an early 14-0 lead after one quarter.

That touchdown was Fayetteville’s last of the half, as three additional Conway interceptions effectively froze the Bulldogs’ offense from sustaining drives in the second quarter. Unlike the first quarter, the Wampus Cats took advantage of the turnovers they forced, scoring 24 unanswered points in the second quarter.

On the ensuing kickoff after Bethune’s score, the Bulldogs muffed the return and senior Conway defensive back Tyler Garlington recovered the fumble and returned it for a touchdown. Garlington previously recorded an interception earlier in the second quarter.

Tensions heightened towards the end of the first half, as junior Conway linebacker Maurice Freeman was ejected for throwing punches. Despite the ejection, Conway entered the locker room up 24-14 at halftime.

The halftime break failed to give Fayetteville a chance to recapture their early momentum, as Conway senior captain Brice Bohanon returned the opening kickoff of the second half for a touchdown.

After a punt by the Bulldogs, Weese led the Wampus Cats down the field and threw a 19-yard touchdown pass to senior wide receiver Dylan Silverman-Barnes, making the score 38-14 only seven minutes in to the third quarter.

Fayetteville finally looked set to recapture some offensive momentum, with McCone eluding defenders on multiple plays to lead the Bulldogs into Conway’s redzone. Fayetteville’s offensive struggles reared their head, though, as the Bulldogs turned the ball over on downs and surrendered the ball back to Conway.

Similarly, Fayetteville senior running back Kameron Ingram seemingly scored on an almost-50 yard run one drive later, but a holding penalty call at the line of scrimmage negated the touchdown.

Despite additional Bulldogs’ offensive struggles, including another turnover-on-downs in the Conway redzone, Fayetteville senior running back scored a two-yard rushing touchdown early in the fourth quarter to cut the Wampus Cats’ lead to 17 at 38-21.

After Fayetteville’s touchdown, Conway slowed their offensive tempo for the first time all game, having previously run a breathless no-huddle offense. The Wampus Cats, content to burn clock and nurse their 17-point lead, killed almost seven minutes of game time in one possession, turning the ball over on downs in the Fayetteville redzone.

Despite a final last-ditch effort by Fayetteville to mount a late comeback, the Bulldogs turned the ball over on downs deep in their own end of the field and Conway burned the final two minutes of the game with backup senior quarterback Michael Hardaway under center.

The Wampus Cats will look to build on their season-opening win with another home game on Sept. 4 against the Bentonville Tigers. Kickoff is set for 7 p.m., with the same social distancing and mask guidelines in effect. Tickets must be purchased in advance of the game at the school’s ticket booth outside of Buzz Bolding Arena. Players’, cheerleaders’ and band members’ families will have the first opportunity to purchase tickets, while remaining tickets will be sold later in the week.