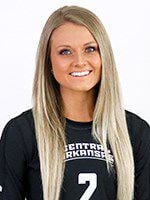 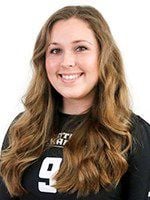 Doss has been at the focal point of the Sugar Bears defense all year and is getting the recognition she deserves as an all-conference honoree.

The senior led the team in digs per set with 5.12, giving her 307 digs added to her career total.

That mark pushed her to be one of the conferences best as she ranked third in the Southland for digs per set.

While defense was her forte, her offense is what propelled her to gain her position as one of the conference’s best.

Doss finished third on the team with 48 assists and ranked seventh with six service aces.

Waddington played a different role in the squad but was one of the team’s most significant assets.

As a three rotation player, the setter made use of her time by becoming a primer player in the SLC.

Like Doss, Waddington led the team and ranked third in the conference as she provided the assists per set by averaging 7.90.

That mark pushed her total assist number to 474, which ranked third in the SLC as well.

Waddington added extra leverage to her position as one of the conference’s best as she secured digs and service aces alongside Doss.

Waddington fell just short of 100 digs this season as she finished out the regular season at 96.

Service aces were also similar to Doss, as she gained seven on the season.

The Sugar Bears are the No. 6 seed in the tournament.

“We are so excited for these two,” coach John Newberry said. “Both of these seniors are very deserving of this award. Emily Doss has been the backbone of our back row defense since her freshman year. Many teams have tried to keep their offense away from her. Regardless, she’s always gotten the job done at a very high level.

“Bailey Waddington has also been a rock for our offense. With her only playing most of her career in three rotations, her stats for her position are impressive. She’s a highly respected setter in the conference and will be greatly missed next season.”