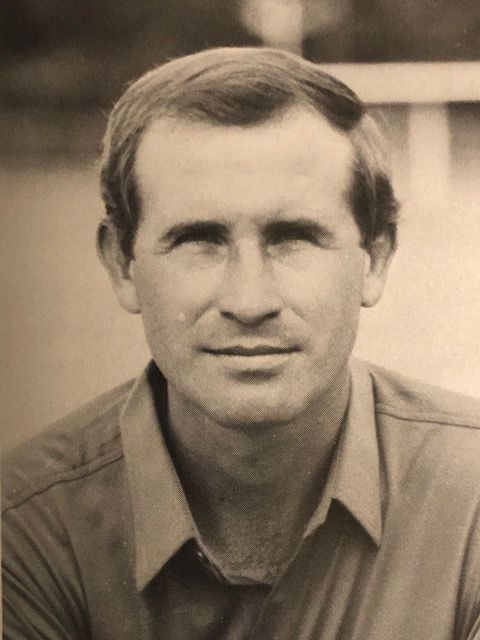 Today we will profile two more of the six inductees from the Wampus Cat Sports Hall of Fame class of 2020. Here we have a coach and one of his best players.

Joe Graham was an all-state guard at Greenbrier High School before playing basketball at Central Baptist College and at State College of Arkansas, now the University of Central Arkansas.

He began his coaching career at Conway Junior High School in 1972, leading the Wampus Kittens for two seasons, going 41-7 with a pair of regional titles. His first season, they finished as 1973 state runner-up, the last year a junior high school state tournament was held.

Then, at the tender age of 24 years old, Graham took over as the head basketball coach at Conway High School.

His initial squad finished as the 1975 Class AAA state runner-up. The Arkansas Democrat named Graham as the state’s Coach of the Year for all classifications.

His 1976 Wampus Cats would become one of the most celebrated basketball teams in state history, going 36-0 and capturing the AAA state championship. They then became the first non-AAAA school to win the state overall title. This time, the Arkansas Gazette named him as the state Coach of the Year.

Graham also had success as the coach of the CHS boys golf team, winning state titles in 1978 and 1982.

As a sophomore, Austin Sullivan was a starter on Conway’s 1974 AAA state championship squad. As a senior, he was a part of one of the greatest teams in state history.

The 1976 Wampus Cats again captured the AAA state championship, and then won the school’s only Overall title, finishing the season a perfect 36-0.

The Arkansas Democrat named Sullivan the state’s player of the year in 1976.

Sullivan teamed with his childhood friend and fellow Wampus Cat Sports Hall of Fame inductee Lawson Pilgrim to post a record of 141-11 from the 7th through 12th grades.

Sullivan was named all-state in 1975 and 1976 and played in the Arkansas high school all-star game as a senior.

The 5-foot-9 point guard never missed a game during his time at Conway High, scoring 1,192 points, good for an average of 12.8 per game.

Hendrix College offered him a scholarship, where he was a four-year starter. Sullivan finished his Warrior career with 1,812 points, good for a 16.0 average.

Sullivan could score when needed, but was also a gifted passer, leading the Warriors in assists all four years. He tallied 622 career assists, averaging 5.5 per game. He led the AIC in 1979.

As a senior in 1980, he was named All-AIC, helping the Warriors win their first conference title since 1931.

Also in 1980, Sullivan was honored as the recipient of the prestigious Neil Martin Arkansas Amateur Athlete of the Year award.

Sullivan went on to play internationally for Athletes in Action. He has been inducted into the Hendrix Sports Hall of Honor.