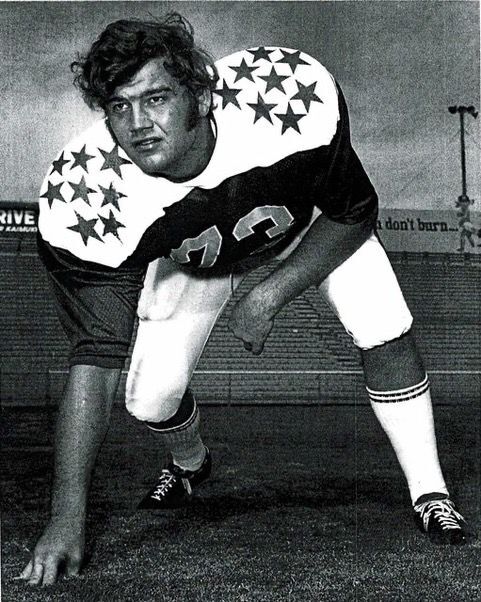 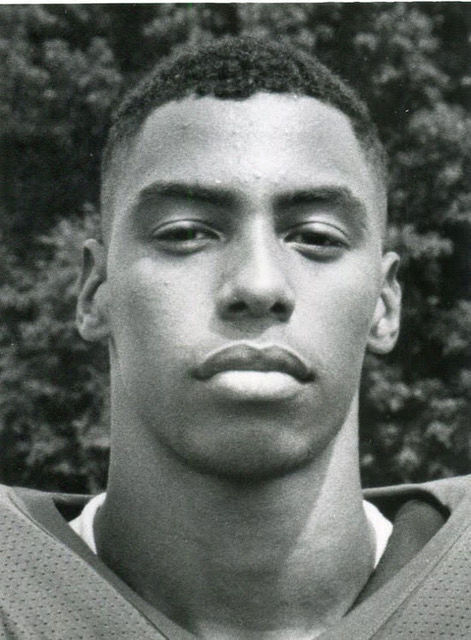 The Wampus Cat Sports Hall of Fame induction banquet is on hold due to COVID-19, but we will continue our series profiling the Class of 2021.

This week, we’ll feature a couple of gridiron greats.

Tom Mabry’s first love as a youngster was golf, but when he grew to 6-foot-5 and more than 240 pounds, he found great success on the gridiron.

A massive offensive tackle, Mabry helped the Wampus Cats to a 10-1 record in 1967 and the 3AA-West Region title. That year, Conway finished as the No. 1 ranked team in Class AA.

The following spring, Mabry won the discus at the AA state track meet.

Mabry earned all-state football honors as a senior in 1967 and was named to the Arkansas Gazette Super Team. He also played in the 1968 all-star game.

He was also named to the prestigious “All Southern” team following his senior year.

Mabry continued his football career at the University of Arkansas.

Freshmen were ineligible to play varsity in those days, but he was ready to go in 1969, lettering three years from 1969-1971 at tackle.

Following Mabry’s senior year, Frank Broyles said, “In the last two years, Tom’s man never once tackled our passer. That’s a credit to his determination. Our only regret is that he was too good as a sophomore. He made our team. I’ve heard our coaches say it a hundred times, ‘Tom should have been redshirted: look how good he’d be next year.’”

Mabry was a 1971 second-team All-SWC selection. During his Razorback career, he played in the Sugar Bowl and the Liberty Bowl.

After his senior season, Mabry was selected to play in the North-South Shrine Game, the Coaches All-American Game, and the Hula Bowl.

The New York Giants selected Mabry in the eighth round of the NFL draft in 1972.

Playing power forward, he led the AAAA Central in rebounding as a senior, earning all-conference honors in basketball.

He also participated in track, competing in the high jump and sprint relays.

As a sophomore in 1990, Shepherd took over at quarterback midway through the season and finished with more than 700 yards of total offense and eight touchdowns.

The Arkansas Democrat named him quarterback on their Super Sophomore team.

At 6-0 and 170 pounds, Shepherd possessed the arm and the legs to pull off the new offense, as well as the mental and physical toughness.

The 1991 team finished 8-3, breaking the decades-old school record for points scored in a season, amassing 323.

As a senior, Shepherd led the 1992 squad to a 9-3 record, capturing the AAAA Central championship.

He earned all-state football honors in 1992 and played in the 1993 all-star game.

He switched to outside linebacker as a junior and was a Second-Team All-Ohio Valley Conference selection. As a senior in 1996, he was named a team captain.

In both 1995 and 1996, Shepherd received the Arthur Ashe, Jr. Award, sponsored by Black Issues in Higher Education, based on academic excellence and campus and community service.