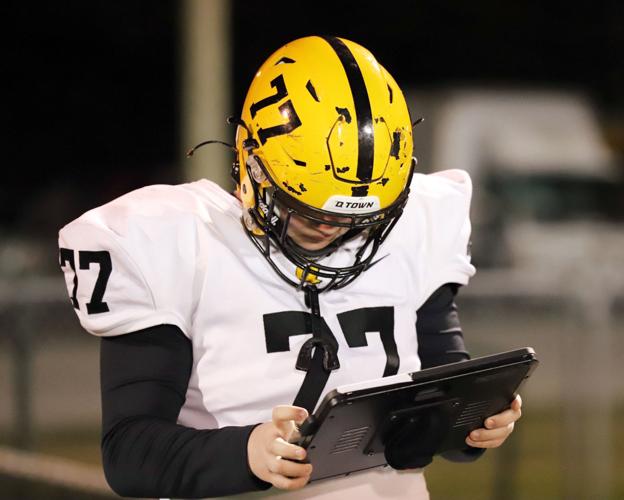 Quitman’s Evan Johnson looks at a replay on a tablet during the Bulldogs’ win over Hoxie last Friday in the first round of the Class 3A state playoffs. 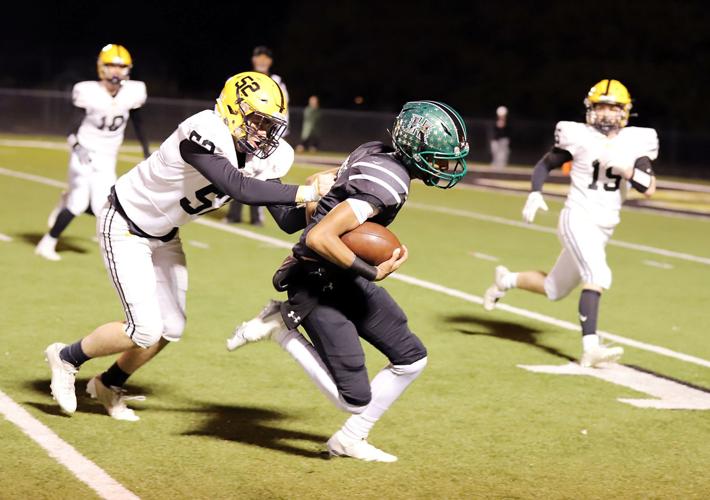 Quitman’s Chris Dorado makes a tackle during the Bulldogs’ win over Hoxie in the first round of the Class 3A state playoffs last Friday.

Quitman’s Evan Johnson looks at a replay on a tablet during the Bulldogs’ win over Hoxie last Friday in the first round of the Class 3A state playoffs.

Quitman’s Chris Dorado makes a tackle during the Bulldogs’ win over Hoxie in the first round of the Class 3A state playoffs last Friday.

While Quitman is playing its first season in Class 3A, the Bulldogs will face a familiar opponent in the second round of the state playoffs tonight.

Quitman, which beat Hoxie 21-14 in the first round last Friday, travels to Jackson County to play the Newport Greyhounds, which beat Magnet Cove 50-14. Quitman and Newport are both members of the 3A-2 conference, having played Sept. 23 with the Greyhounds winning 44-26 after the score was 28-26.

“We should have Greyson Ealy back this week,” Quitman coach DJ Marrs said. “That’s the game where he got hurt and broke his rib. Maybe that will be a little bit of a difference. Their best lineman, who pretty much shut us down running the ball, is no longer with the team. They will be a different team, and we won’t be like we were in the second half [against Newport].

“With six minutes to go, it was 28-26. Our kids battled well and played well. Since the Salem game, I’m sure it’s the game our kids have had circled. If we could it again, that’s the one we wanted.”

Newport coach Brian Reardon said it’s difficult to play a team more than once a season.

Newport quarterback Dejai Marshall completed 16 of 23 passes for 343 and four touchdowns in the win over Marked Tree.

Marrs is proud of what his team has done, especially after dropping its last two regular-season games to Melbourne and Salem, then bouncing back to beat Hoxie in the first round.

“Our seniors and our kids have not given up,” Marrs said. “It’s amazing how resilient they are. That game hurt with Salem.”

For the Quitman seniors, tonight will be their sixth playoff game.

“They have played in more playoff games than the whole history of the school combined,” Marrs said. “That was the first away playoff game that we’ve ever won. They’ve been in the second round three years in a row. And to do it now in 3A with a lot tougher competition – Hoxie is the best team we’ve played in the playoffs since I’ve been here. And to beat them at the 3A level, that’s a huge step for our program.”

Kickoff at Newport is set for 7 p.m.