You have permission to edit this article.
Edit
HOME
Van Buren E-Edition
Share This
1 of 3 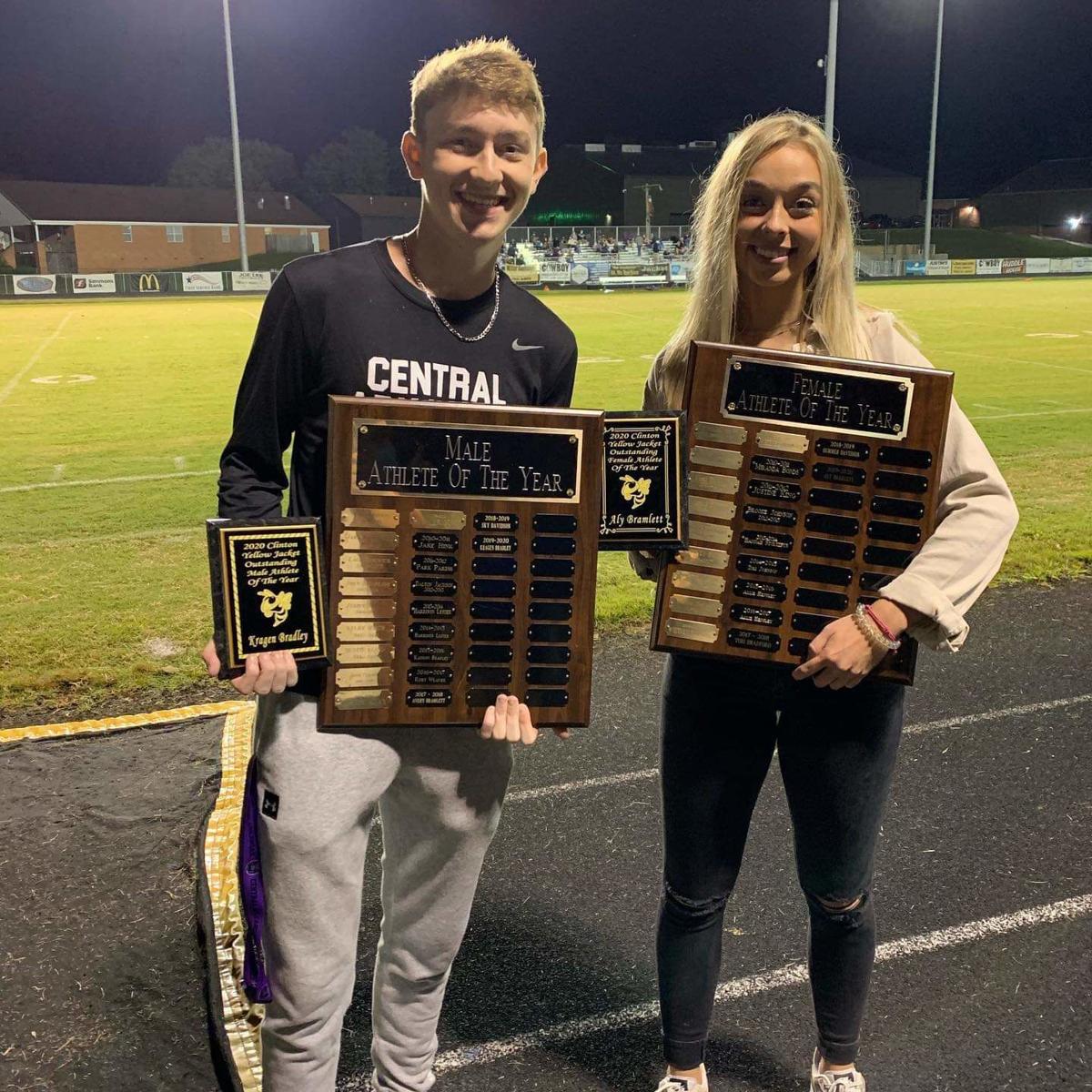 Athletes of the Year Kragen and Aly Bramlett 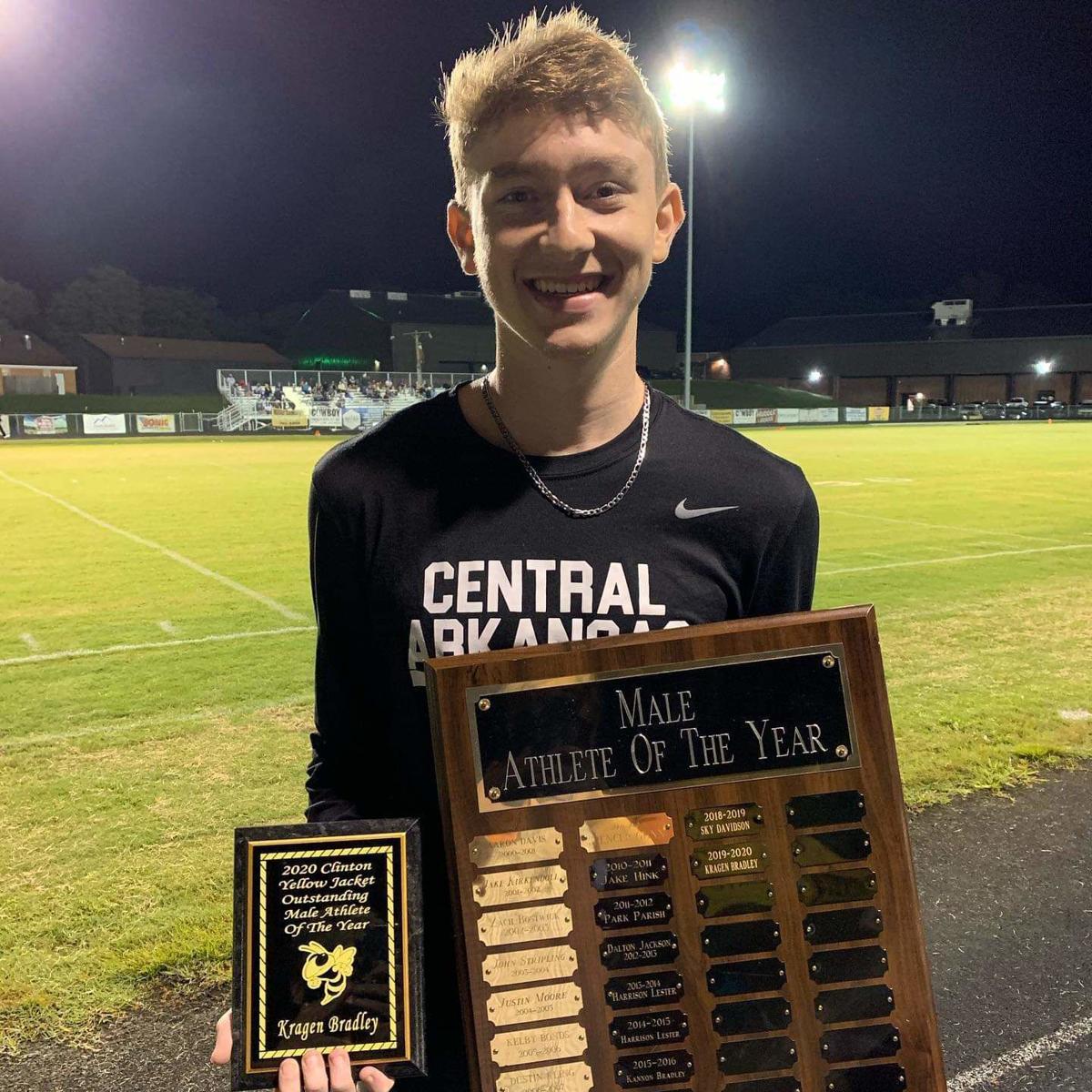 Athletes of the Year Kragen Bramlett 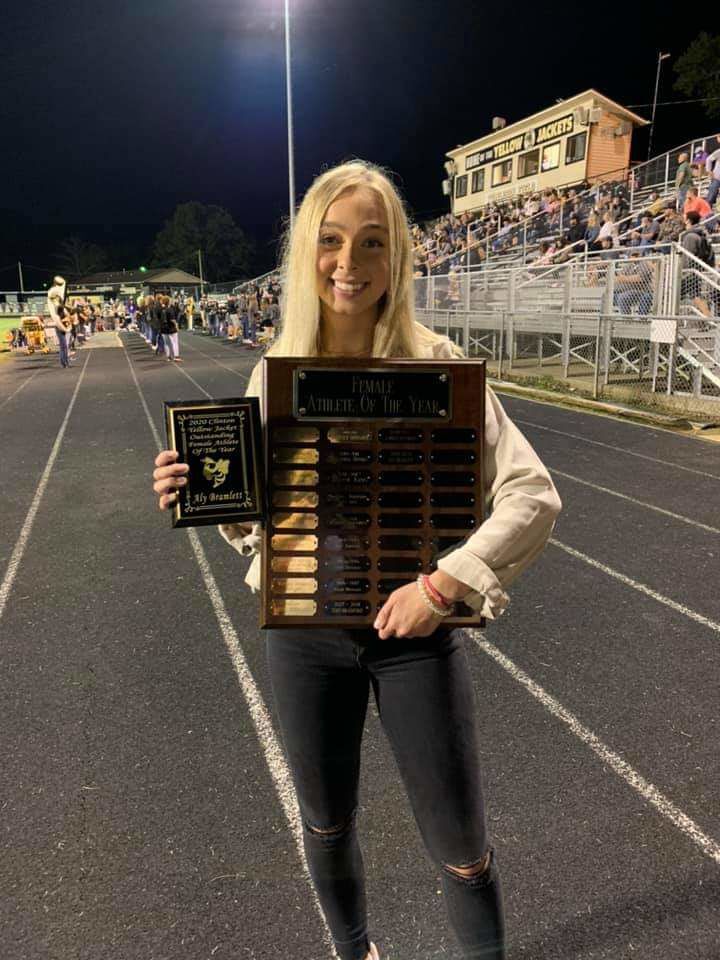 Athletes of the Year Aly Bramlett

Athletes of the Year Kragen and Aly Bramlett

Athletes of the Year Kragen Bramlett

Athletes of the Year Aly Bramlett

Due to the cancellation of the annual Spring athletic banquet due to the COVID-19 pandemic, Clinton High School and the Clinton Athletic Booster Club honored the 2019-2020 athletes of the year recently at Jim Tumlison Field. The event took place at half-time of the Clinton and Central Arkansas Christian game. Each athlete received a plaque in recognition of their honor and their name is placed on a permanent trophy that resides at school.

The Special Olympics Athlete of the Year was Tara Slayton she is the daughter of Darrien and Carla Slayton. Her coaches thru her career have been Ruth Taylor, Christina Mills, Justin Smith, and Jesse Dement. Tara competed for the Yellowjackets all three years of her high school career. As a Sophomore she won a silver medal in the Long Jump. As a Junior Tara won a Gold medal in Bowling as well as Silver Medals in Track and Field in the Long Jump and in the Relays. In her Senior Year before the Spring Track season was canceled Tara took home another Gold Medal in bowling, she also participated all three years in Basketball as well.

The Female Athlete of the Year was Aly Bramlett. She is the daughter of Kim and Rob Bramlett. Aly starred on the Lady Yellowjacket basketball team since the 7th grade. As a Sophomore she scored an amazing 30 or more points in three consecutive games. Aly was also named All-Conference in both her Junior and Senior years. Aly was a member of the Yellowjacket Track Team her senior year as well as being a Cheer Leader in Junior High. Her Coach Jeremy Carson said that “Aly was a force during her Yellowjacket career, She was driven by her passion to excel in all that she did especially on the basketball court, she gracefully represented Clinton schools and her community with competitive fierceness.”

The 2019-2020 Male Athlete of the Year was Kragen Bradley. He is the son of Staci and Rory Bradley. Kragen was a multi-sport athlete in his time at Clinton High School. In basketball Kragen was a 2-time All-Conference player, as well as being named All-State and All-State Tournament as a Senior. Kragen scored over 1000 points in his High School career. Kragen also qualified for the State Golf Tournament all four years of his high school career as well as leading the Yellowjacket baseball team to the State Tournament as a Pitcher 2018. In the Spring Kragen signed with the University of Central Arkansas to play basketball becoming the first Yellowjacket basketball player to sign with a Division 1 School since the 1980s.