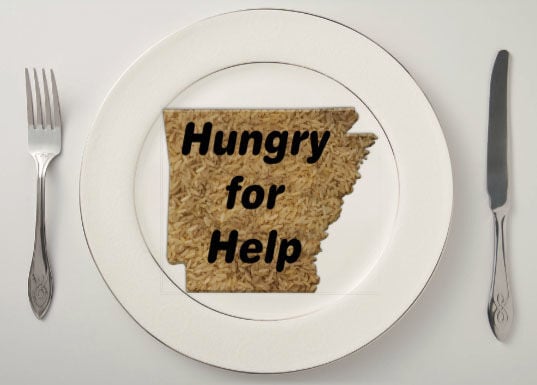 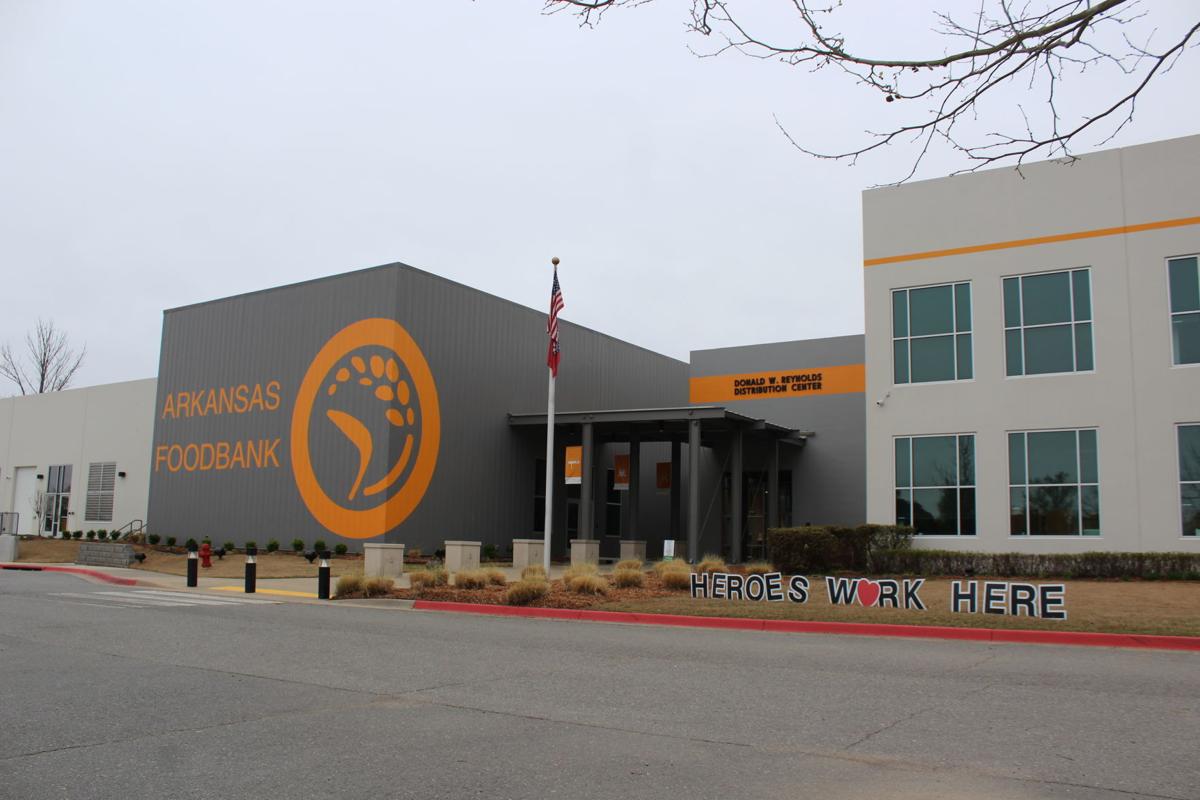 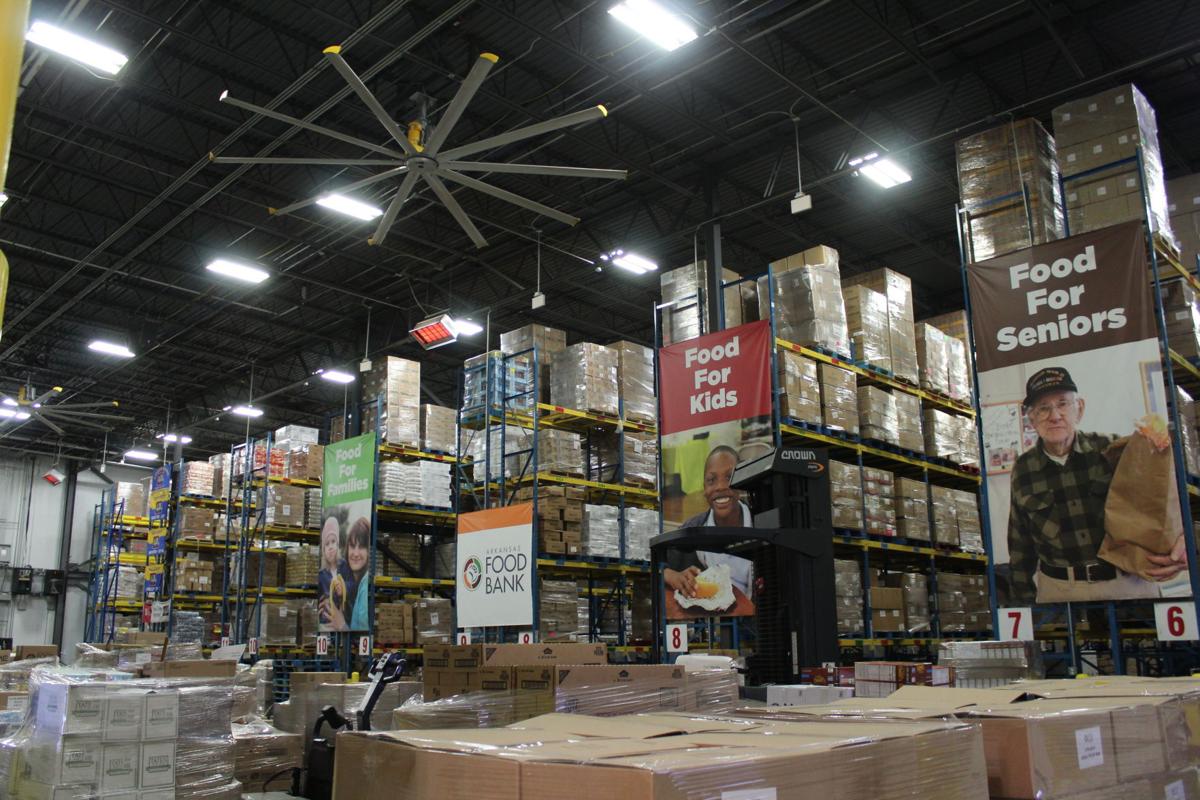 Editor’s note: This is the first in a series on food insecurity. The Van Buren County Democrat and its sister papers in central Arkansas collaborated on this effort. This part takes a look at the statewide numbers. The second part will focus on Van Buren County and will run May 5.

Like many other states in the impoverished Delta region of the United States, Arkansas struggles with food insecurity. In fact, the state ranks as having one of the highest rates of food insecurity in the nation. Per Feeding America, the largest hunger-relief organization in the country, Arkansas ranked second only to Mississippi with a food insecurity rate of 17.3 percent in 2018. Even worse, more than 23 percent of Arkansas children were considered food insecure.

And the coronavirus pandemic, which has amassed a nationwide death toll of more than 570,000 people and counting and led to a devastating spike in nationwide and state unemployment rates, only made those food insecurity numbers worse. A Feeding America study released in March estimated that almost 160,000 new Arkansans were food insecure by the end of 2020, or 22.5 percent of the state’s population. One in three children in Arkansas are estimated to currently grow up in food insecure households in the state.

But, those are just the numbers. Behind the endless tables of statistics and graphs, there are actual people. People who need help, and people who make up the organizations that stand ready to help. One of those organizations is the self-proclaimed “foundation in the fight against hunger,” the Arkansas Foodbank.

Opened in January of 1984, the Arkansas Foodbank, headquartered in Little Rock, is the largest of six foodbanks in the state. The facility services 33 counties from the southern part of Arkansas to the upper reaches of central Arkansas. A part of Feeding America and partnered with the Arkansas Hunger Relief Alliance, the Arkansas Foodbank has 450 local partner agencies across the state and, in typical years, delivers more than 24 million pounds of food to the counties it services, per the Foodbank’s website.

However, 2020 was no typical year. Due to the coronavirus pandemic, the bank distributed more than 40 million pounds of food last year, a 37 percent increase over 2019. In a recent tour the Log Cabin Democrat took of the facility, Foodbank Communications Director Lea Whitlock attributed the increase of distribution in 2020 to the challenges the coronavirus pandemic brought on. Normally an organization which works through its partner agencies, the Foodbank was forced to pack and distribute its inventory of bought and donated foods directly into the hands of Arkansans in 2020 because so many of the Foodbank’s regular partner agencies were closed.

“We flipped the way we worked in order to fit the need [the coronavirus pandemic brought on],” Foodbank CEO Rhonda Sanders said.

Using every space available in its massive (and newly-opened) 99,000 square-foot facility to accommodate social distancing and the increased inventory of food the bank received through government programs, the 75 Foodbank employees took the role that volunteers would take in normal years: packing boxes and distributing them directly into the hands of hungry Arkansans.

“Our staff never went home,” Sanders said. “We turn[ed] our warehouse inventory over in about four to five weeks.”

A key part of the Foodbank’s focus was mobile distribution centers (MDC). MDCs, or loaded trucks full of boxed food which were taken to central points like the parking lots of stores and distributed to waiting families, jumped by a factor of 10 in 2020. In 2020, 602 MDCs were organized compared to just 51 in 2019, per Whitlock. Foodbank Community Engagement Coordinator Daniel Frazier said the scale-up of MDCs was a “fight-or-flight” response to the coronavirus pandemic that will remain in place moving forward, albeit at a more manageable level.

Another key part of the Foodbank’s success in distributing so much food in 2020 was the governmental aid and assistance programs which supplied more food than usual to the Foodbank’s warehouse in Little Rock. In fact, Sanders said at one point in 2020, the warehouse’s inventory was constituted of 60 percent of food from governmental sources.

“[Federal programs] gave us the engine to distribute 40 million pounds of food [in 2020],” Sanders said.

The sheer volume of federal food aid the facility received in 2020 will surely lead to a drop in distribution in 2021, Sanders said. Accounting for the drop down to about 35 percent of the warehouse’s inventory coming from governmental sources, Sanders said the Foodbank’s 2021 goal is to distribute 38 million pounds of food, 2 million pounds fewer than the load distributed across Arkansas in 2020.

Goals and numbers are great, Sanders said, but the real emphasis should be on the people.

“I can give you all the numbers in the world, but it’s really about the person,” Sanders said. “It’s about the family that needs help.”

And every Arkansas Foodbank employee has a story which illustrates the breadth of the problem of food insecurity in Arkansas, Sanders said, recounting the story of being out at an MDC and distributing 850 boxes of food in 45 minutes. Moments after the last box was given away, Sanders said, a young woman pulled up with her family and broke down when she found out there were no more boxes.

Another family gleefully cheered when they received a jug of milk. Sanders said the children’s mother told her they hadn’t been able to afford milk for three months.

Foodbank workers are also aware of how limited some government assistance is. Sanders said her warehouse staff attempted to live off the same amount of money an average Supplemental Nutrition Assistance Program recipient gets from the program for a week several years ago. She said her workers were “dropping out like flies” with illnesses due to lack of nourishment.

“Just handing someone a box of food isn’t going to cure [all of their troubles], but it does allow them to use their money to do other things with their lives,” Sanders said.

To fulfill its mission, however, the Arkansas Foodbank needs assistance. And while the Foodbank receives lots of food donations it will always welcome (food donations in 2020 were valued at some $40 million), monetary donations are the best method to making a lasting impact on food insecurity in the state.

“We want your money because we can do more with it,” Sanders said.

For every dollar donated to the Arkansas Foodbank, 96 cents of it goes to its food distribution programs to buy and deliver food, per Whitlock. And those 96 cents go further than one might think. The Arkansas Foodbank can use a combination of donated and sourced food and the money to create five meals from one dollar. While canned foods and other non-perishable food donations are easy to donate, the money the Foodbank receives allow them to buy perishable items like produce and fresh meat and other crucial nutritional needs for all Arkansans.

“We’ve been blessed to have wonderful [financial] support and we use our money wisely,” Sanders said.

A question which seems to elude Sanders, however, is why Arkansas continues to rank so high in its food insecurity rates. Attributing it as the “million dollar question,” Sanders noted that up until the coronavirus pandemic, the state was making gains, having just recovered from the skyrocketed food insecurity rates which began in the aftermath of the 2008 Recession. With all those gains wiped out in only a year, Sanders said the issue of food insecurity is not clear-cut.

“Hunger isn’t always a disease unto itself,” Sanders said. “Hunger is a symptom of other diseases.”

Those diseases, Sanders said, include low rates of college education and income, two categories in which Arkansas ranks alongside the worst in the nation.

Despite the challenges and seemingly insurmountable circumstances of food insecurity across the state, the Arkansas Foodbank will keep on its mission, Sanders said. A mission to feed hungry Arkansans and to meet people where they are. A mission to be the foundation in the fight against hunger.

To make a donation or sign up to volunteer, visit arkansas foodbank.org.