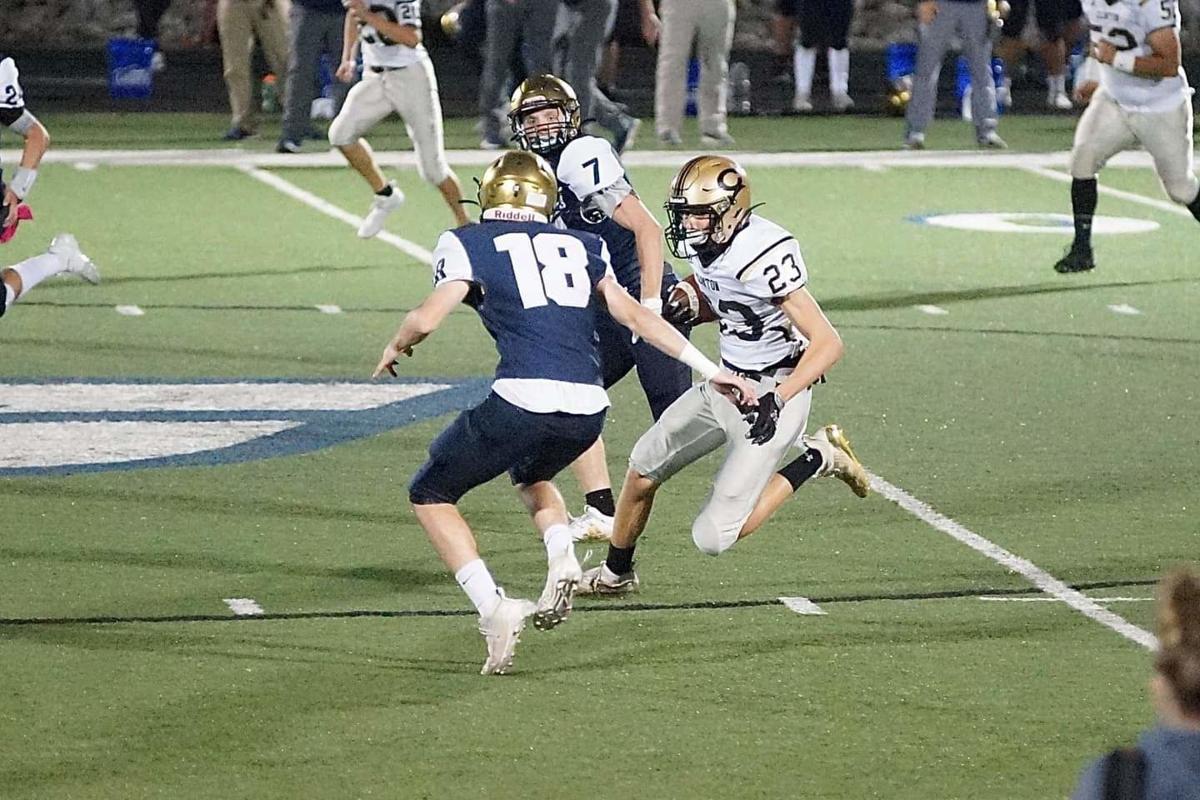 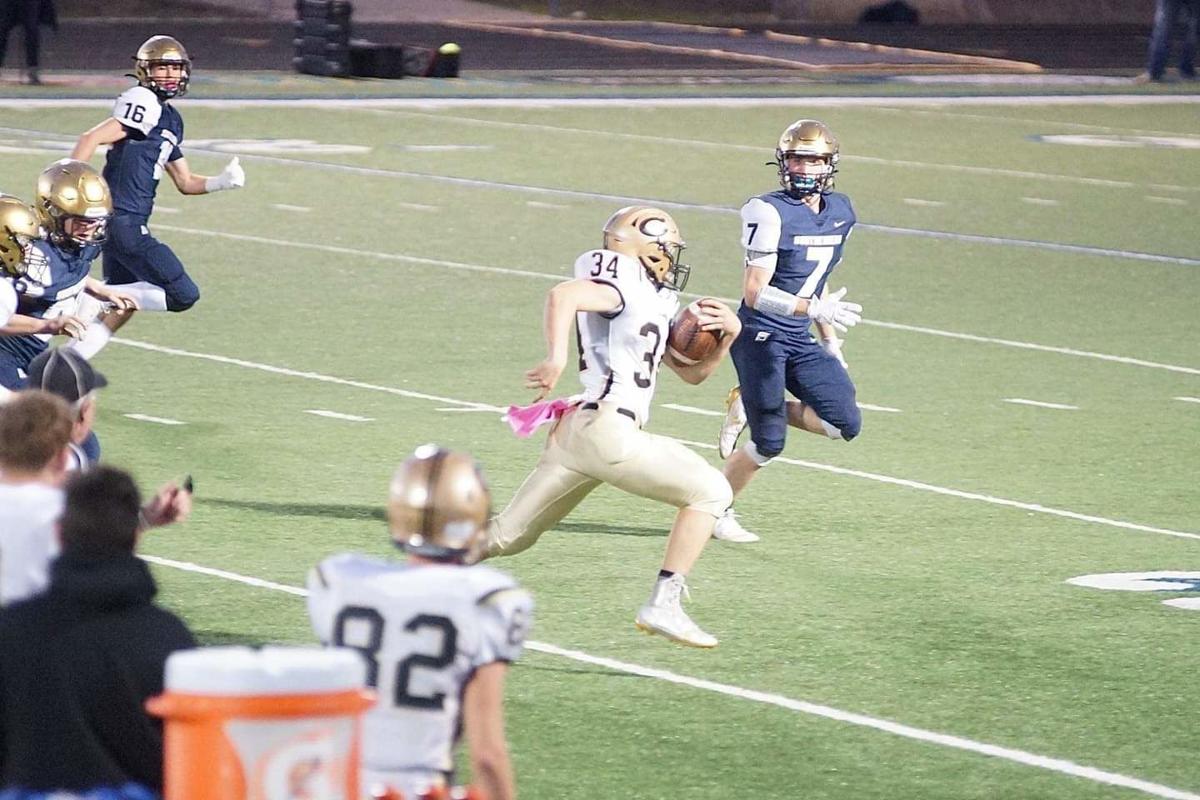 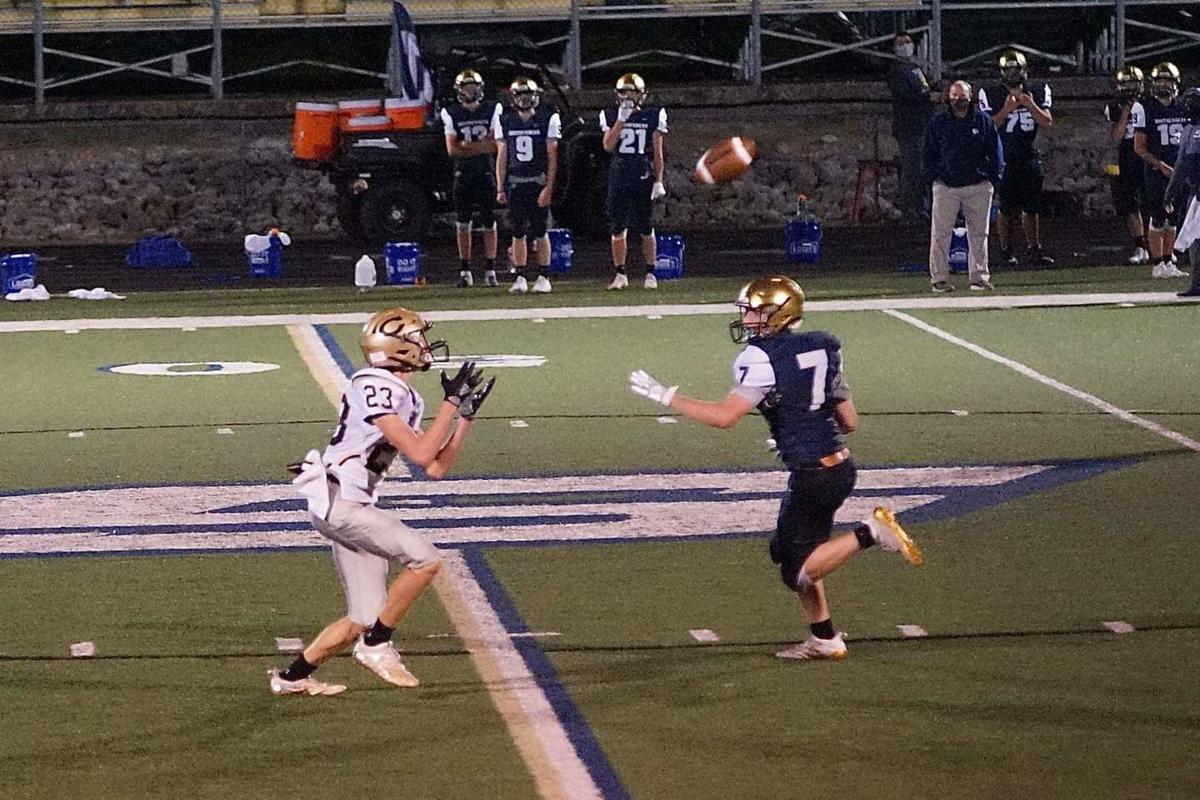 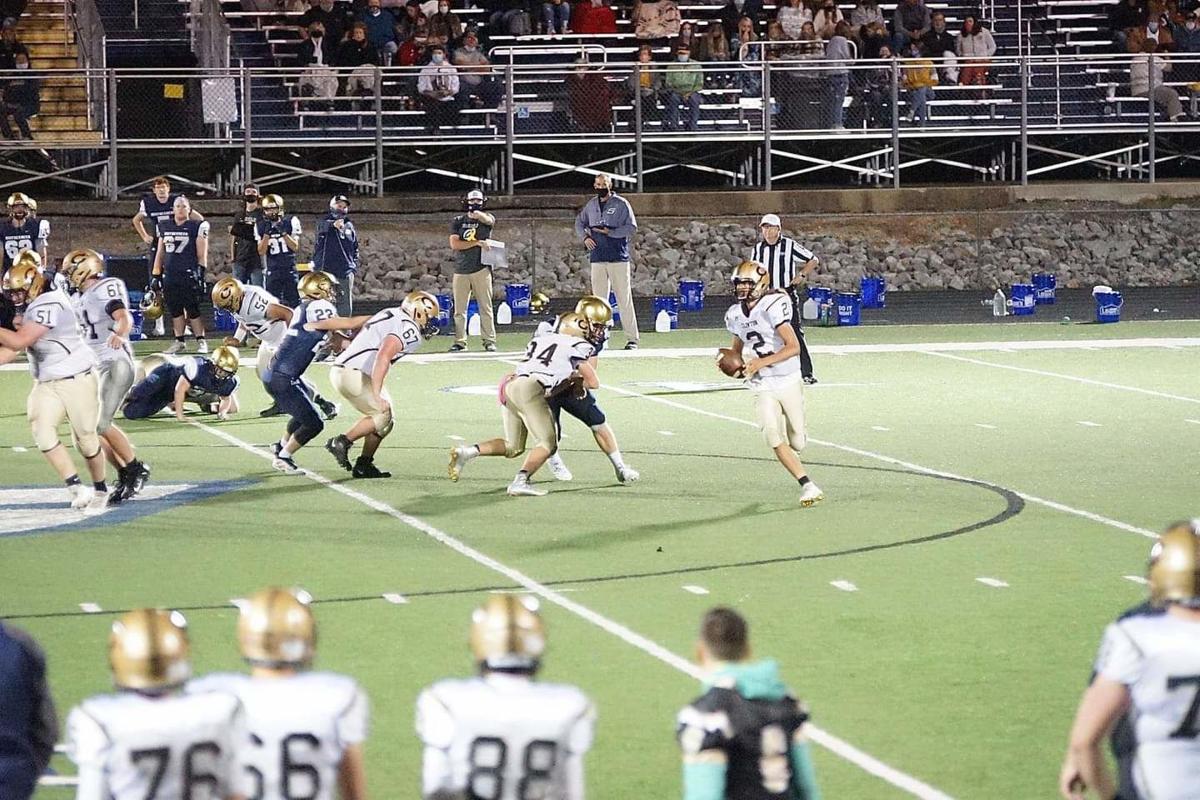 #2 Harley Tobin rolls out to pass

#2 Harley Tobin rolls out to pass

Clinton traveled to Independence County on Friday night for their first conference road game of the year. It was the first time the Yellowjackets and the Southerners have played since 2013 when both were members of the 2-4A Conference. The weather was perfect for football with a nice crowd at Stewart Field for senior night. A big second quarter for Southside proved to be the difference in the game as the Southerners defeated the Jackets 38-21.

The Yellowjacket offense picked up where it left off last week against CAC when it scored on its last five possessions of the game. The Jackets got the ball to start the game and began their first drive with good field position at their own 46. Jacob Hutto ran 32 yards on the first play to get Clinton started. The Yellowjackets faced third down at the Southside 11 when Harley Tobin ran for a touchdown on a quarterback draw. Aldrich Infanti kicked the extra point giving Clinton its first lead of the season 7-0. Southside would quickly answer the Yellowjacket score with one of their own. The Southerners drove 74 yards in two plays capped off by and 9-yard run by Justin Vannattan. Kyler Anorve added the extra point to tie the game 7-7 with 8:26 left in the first quarter. The two teams exchanged punts before the Jackets recovered a Southside fumble at the 50-yard line. The Yellowjackets and Coach Dufrene went to their bag of tricks on the first play from scrimmage. Tobin handed off to Nick Epley who stopped and hit a wide-open Blaine Emberton for a 50-yard touchdown pass. The extra point by Infanti gave the Jackets a 14-7 lead at the end of the first quarter.

The second quarter proved to be the Yellowjackets undoing as they were outscored 24-0. Southside drove 64-yards scoring on a 27-yard run by Bryson Duncan to tie the game at 14 with 11:51 left in the first half. A minute and 20 seconds later the Jackets were called for intentional grounding in their own endzone which resulted in a safety putting the Southerners ahead for the first time 16-14. Southside returned the free kick all the way to the Clinton 6-yard line. Duncan scored again one the first play increasing the Southside lead to 23-14. Disaster struck again as the Yellowjackets fumbled the kickoff giving the Southerners the ball at the Clinton 24-yard line. On fourth and goal from the 3-yard line Duncan scored his third touchdown of the quarter extending the Southside lead to 31-14 and that would be the halftime score.

The Yellow jackets and Southerners would play even in the second half with each team scoring a touchdown. The Jackets drove 77-yards on their first drive of the second half for a touchdown. Epley and Hutto had the big runs of the drive of 9 and 16 yards respectively and the touchdown came on a Tobin 14-yard pass to Brody Emberton. Infanti kicked the extra point to make the score 31-21. It looked like Clinton might get back in the game as they recovered a great on-side kick by Infanti at the Southside 48-yard line but the Yellowjackets couldn’t do anything with it and turned the ball over on downs.

In the fourth quarter the southerners put the game away with their only touchdown of the second half. Southside drove 58 yards on a drive that started late in the third quarter and went into the fourth quarter. Brycen Sutton finished off the drive with a one-yard touchdown run and the extra point made the score 38-21. Clinton had two more possessions but was unable to score with the biggest play of those series being a spectacular 47-yard catch by Blaine Emberton.

Clinton is now 0-5 on the season for the first time since 1999. The Yellowjackets fall to 0-2 in conference play. The Jackets travel to Little Rock next Friday to play Mills University Studies in the first ever meeting between the two schools.