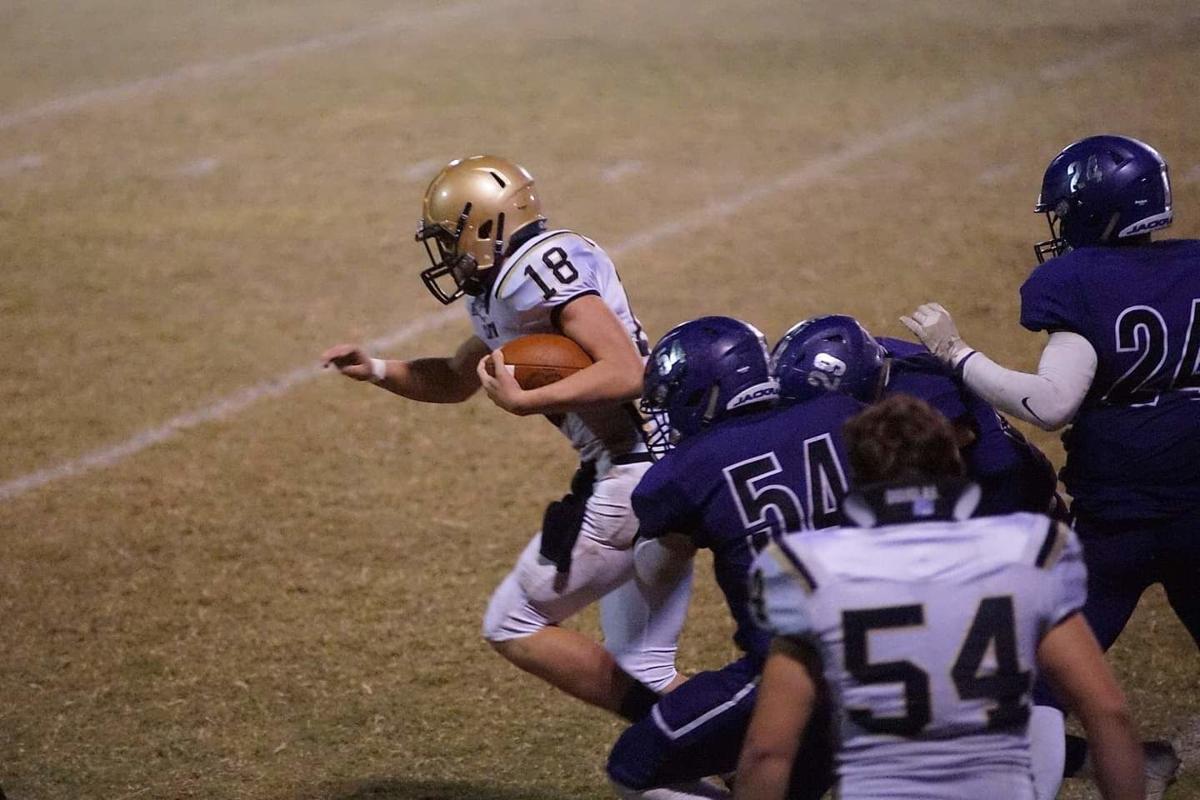 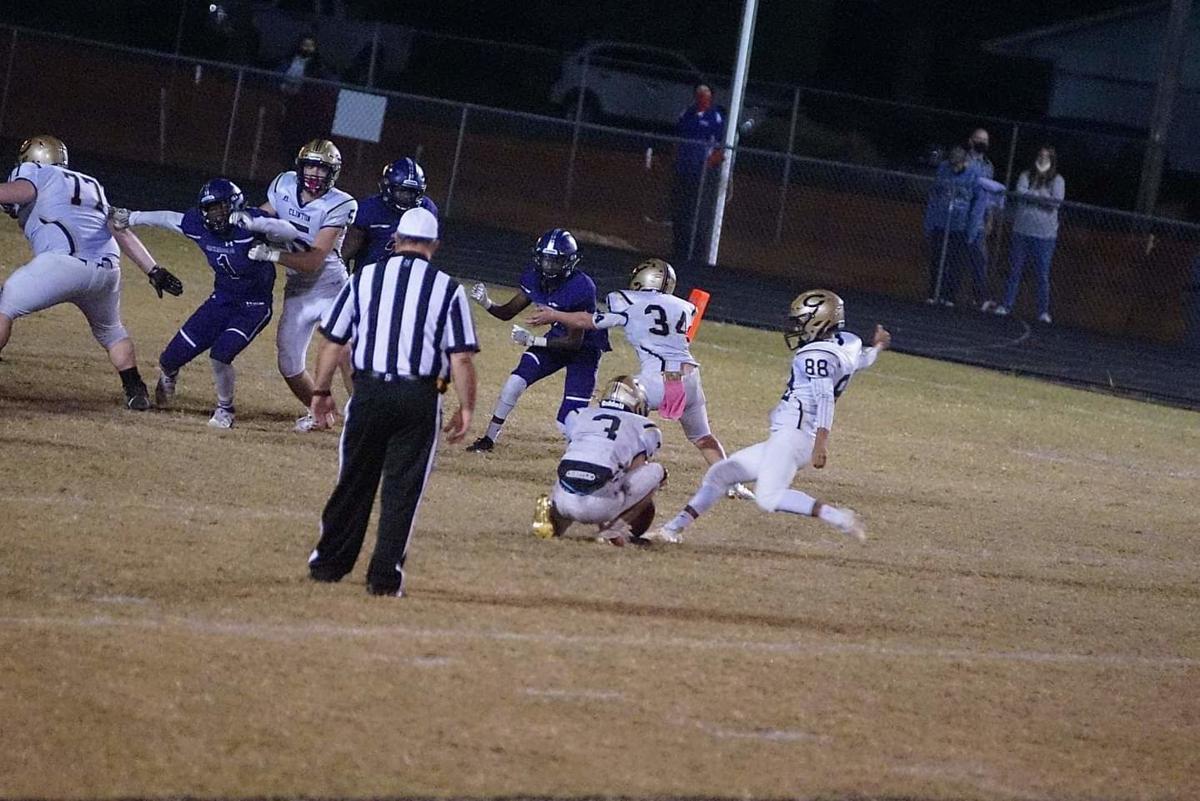 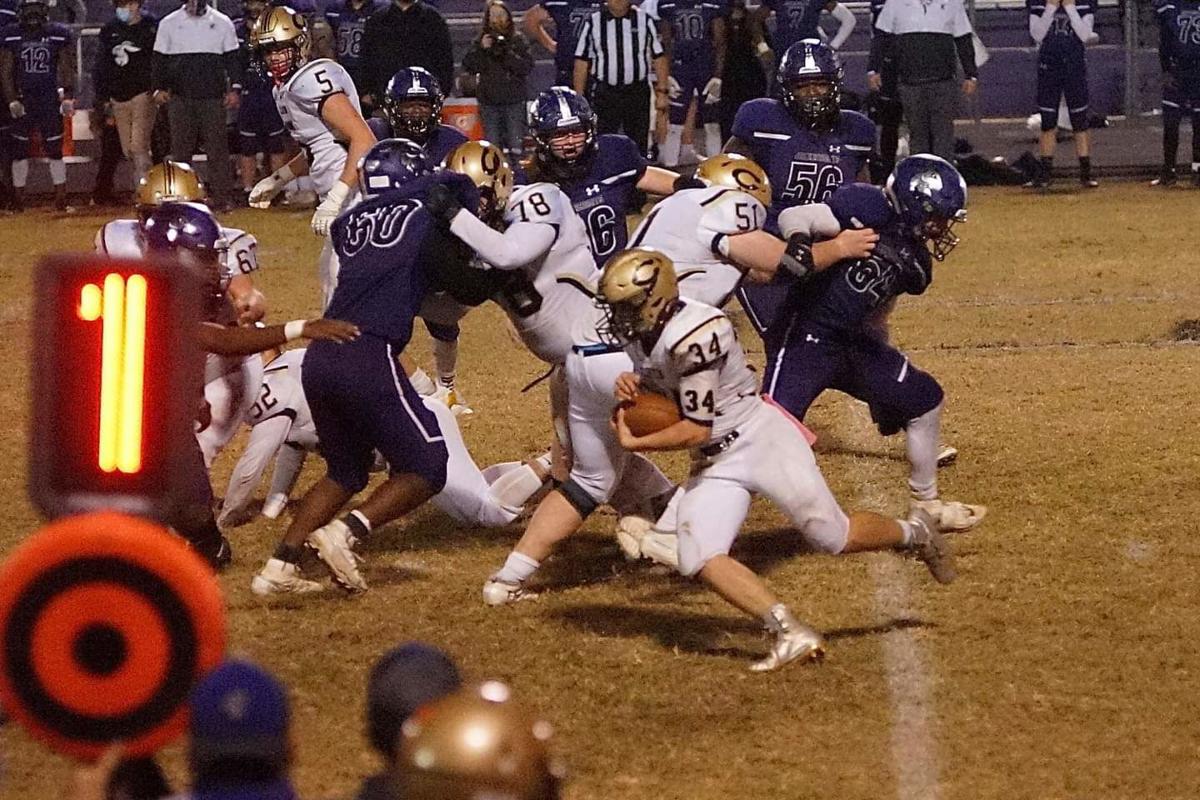 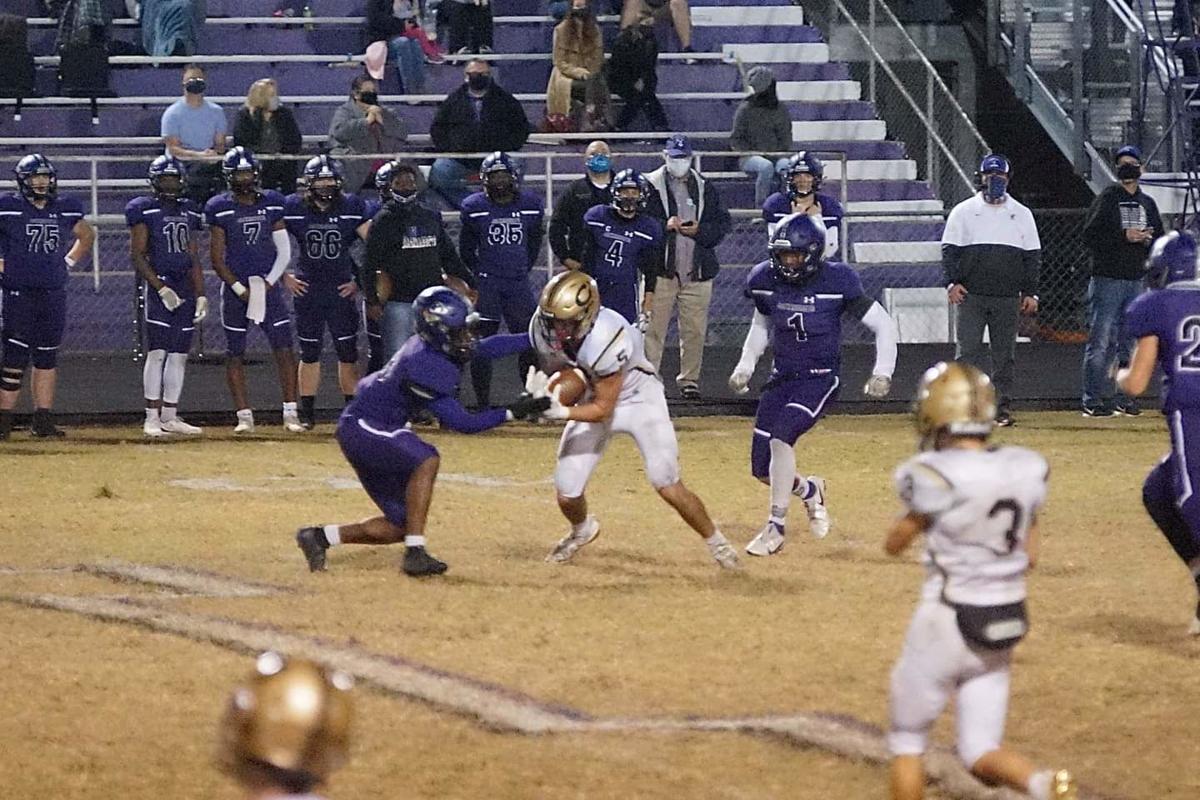 A furious rally by Clinton in the 4th quarter came up a little short in a 48-42 loss to the Lonoke Jackrabbits in the final game of the regular season. The game was tied 14-14 at halftime after the Yellowjackets defense held the Jackrabbits scoreless in the 2nd quarter. Lonoke built up a 17-point lead with only 10 minutes left in the game before the Jackets rally began.

It was an unusually warm November night at Abraham Field in Lonoke in fact the east Arkansas mosquitoes were still out. The first meeting between Clinton and Lonoke since 2013 drew a good crowd on senior night for the Jackrabbits. Clinton took the ball to open the game and started their first possession at their own 42-yard-line. Harley Tobin hit Nick Epley on a 25-yard touchdown pass to put the Yellowjackets in the lead Aldrich Infanti added the extra point to give the Jackets a 7-0 lead with 8:34 left in the 1st quarter. It was the fourth time in the last five games that the Yellowjackets have scored on their first possession of the game. Lonoke quickly scored on a 7-yard touchdown run by Anthony Parks to tie the game with 6:44 left in the 1st quarter. The Jackets were forced to punt on their next possession setting up a 60-yard touchdown pass from Brandon Allen to Parks to put the Jackrabbits in the lead 14-7 with 2:48 left in the 1st quarter. The Jackets took over at their own 46 late in the 1st quarter and drove 54 yards scoring on a Jacob Hutto 3-yard touchdown run with 11:23 left in the 2nd quarter. Infantis extra point tied the game at 14-14. The Clinton defense shut out Lonoke in the 2nd quarter and the Yellowjacket offense drove deep into Jackrabbit territory twice but failed to score leaving the halftime score tied at 14.

In the 3rd quarter each team scored on its first possession. Lonoke got the ball first and scored in two plays on a 55-yard touchdown run in just 26 seconds. Clinton came right back driving 65-yards for a touchdown. The big plays on the drive were a 25-yard pass from Tobin to Epley and a 39-yard touchdown pass to Brody Emberton. With the game tied at 21 the Yellowjackets recovered an on-side kick at the Jackrabbits 47-yard line. The Jackets drive stalled at the Rabbit 27-yard line but Infanti came on to kick a 34-yard field goal giving Clinton its last lead of the game 24-21.

Lonoke then scored 20 straight points as the Yellowjacket offense went cold failing to score on three straight possessions. Two touchdowns by Allen a 47-yard touchdown pass followed by a 53-yard touchdown run and a 55-yard punt return by Jacoree Womack gave the Jackrabbits a 17-point lead 41-34 with just 10:09 left in the game. The Jackets began a furious rally scoring first on a Tobin 1-yard quarterback sneak. Clinton went for 2 with Hutto scoring cutting the Lonoke lead to 41-32. The Yellowjackets recovered their second onside kick of the game at the Lonoke 49. The Jackets quickly moved down the field with the big plays being a 10-yard run by Zane Widner and a 6-yard touchdown run by Widner. Infantis extra point cut the Jackrabbits lead to two 41-39. The touchdown by Widner was the first touchdown by the freshman in his varsity career after moving up from junior high. Lonoke was able to drive 57-yards on their next possession taking time off the clock and scoring with :48 seconds left on a 7-yard touchdown run by Allen. The extra point made the score 48-39. The Jackets were not through just yet quickly getting into to field goal range at the Lonoke 35-yard line where Infanti kicked a 42-yard field goal cutting the Lonoke lead to 48-42. It was Infantis second field goal of the game and his fourth in two games. Lonoke recovered the ensuing onside kick and ran out the clock.

The loss gives Clinton a 2-8 record overall on the season and 2-5 in 2-4A Conference play. The Yellowjackets will now move on to postseason play as the number 6 seed from the conference. The Jackets will travel to Northeast Arkansas Friday to take on the Blytheville Chickasaws. The Chickasaws are 4-4 on the season. It will be the 5th straight season for the Yellowjackets be in the playoffs which extends the school record for consecutive playoff appearances. The game will kick off at 7 p.m. and can be heard and seen on the Yellowjacket Sports Network KHPQ 92.1 or live streamed on KHPQ Sports on YouTube and Facebook.