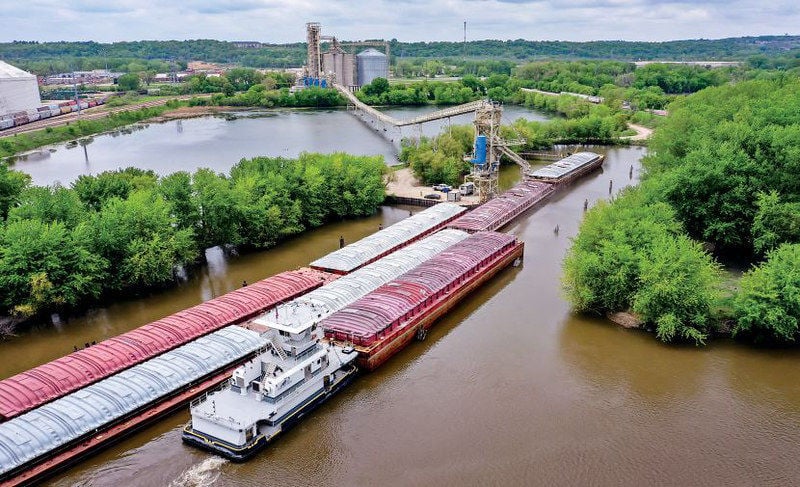 Tow boat positions a barge in port along the Mississippi River. 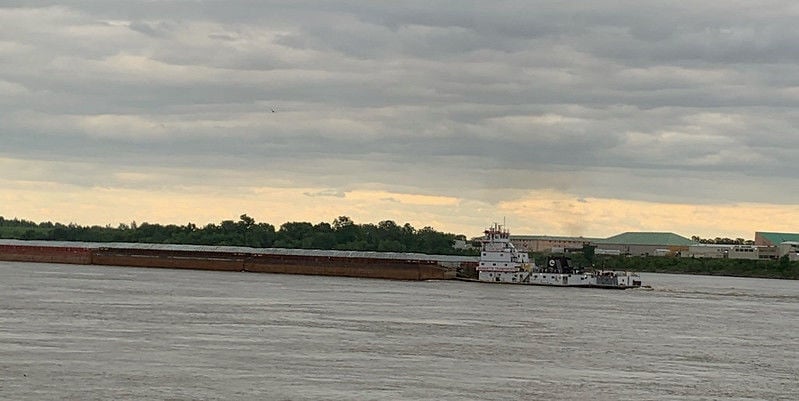 {span}Towboat pushes barges along the Mississippi River near Helena-West-Helena, Arkansas, on May 19. (U of A System Division of Agriculture photo by Robert Goodson){/span}

Tow boat positions a barge in port along the Mississippi River.

{span}Towboat pushes barges along the Mississippi River near Helena-West-Helena, Arkansas, on May 19. (U of A System Division of Agriculture photo by Robert Goodson){/span}

FAYETTEVILLE — Disruptions in truck and barge traffic with the closure of the Interstate-40 bridge over the Mississippi River will likely translate into higher costs for consumers.

The Hernando DeSoto Bridge connecting West Memphis, Arkansas, and Memphis, Tennessee, was closed May 11 after transportation officials found a crack in its support structure. The 3.3-mile bridge, with its two distinctive steel arches, carries about 60,000 vehicles a day, according to the Tennessee Department of Transportation.

The same day, the Coast Guard closed the river to barge traffic that would pass under the bridge. The Coast Guard reopened the waterway May 14. At the time, there were 62 vessels and 1,058 barges in the queue.

Both the bridge and the Mississippi River it spans are major conduits of food and other agriculture-related traffic. Harvested grain finds its way to Mississippi River ports for export down river through New Orleans, while inputs such as fertilizer also make their way inland by river. A typical barge can hold 55,000 bushels of grain.

The May 13 Grain Transportation Report noted that “for the week ending May 8, 633 grain barges moved down river – 195 more barges than the previous week” and mentioned a record year-to-date barge movement of grain, driven by strong corn export demand.

“Corn movement out of the Gulf of Mexico is really strong right now compared to say wheat or soybeans,” said Scott Stiles, extension economist for the Division of Agriculture. “In Monday’s Grain Inspections report, with information for the week ending May 13, almost 40 million bushels of corn were inspected for shipment out of New Orleans, compared 7 million bushels of soybeans and nearly 4 million bushels of all classes of wheat.

“Half the corn shipments were headed for China,” he said. “For the 20/21 marketing year, China is our No. 1 export market for corn. Normally, Mexico is our top market.”

Hauling agricultural commodities isn’t free. Barge freight lines contract out their barges to firms that need transport grain to the Gulf of Mexico. These contracts secure the cost and use of barges from one week to three months out.

Andrew McKenzie, agricultural economist with the University of Arkansas System Division of Agriculture and the Dale Bumpers College of Agricultural, Food and Life Sciences, co-authored a 2018 paper on barge freight contracts, an area that hasn’t received much analysis.

In “The cost of forward contracting in the Mississippi barge freight river market,” the authors wrote that while the “level of price risk associated with grain transportation is not as large as the price risk associated with buying and selling cash grain, the costs of transportation are still significant enough to materially affect a firmʼs profitability.”

“Bottom line, the Mississippi River is hugely important to U.S. commodity supply chains related to exports,” McKenzie said. “When barge freight rates increase due to various demand and supply issues these higher costs are absorbed into price bids to farmers.”

“Given that most grain inventory is likely held north of the river – the biggest price impact would have been negative,” he said.

The Arkansas Trucking Association last week estimated the closure would cost the trucking industry $2.4 million a day as traffic has to be routed elsewhere.

“Using GPS data, we can discern that a previous 8-minute drive is now averaging 84 minutes. This additional transit time at $1.20 a minute for 26,500 trucks is costing the trucking industry more than $2.4 million each day that the bridge is closed,” said Shannon Newton, president of the Arkansas Trucking Association.

“Freight is like water,” Newton said. “It will continue to flow. Our industry will continue to make deliveries. But if the additional expense is prolonged, it is likely to be passed on to consumers.”

The ATA also cautioned that shippers should prepare for longer transit times and surcharges until the flow of traffic is restored.

The Tennessee DOT has a two-phase plan in place for repairing the bridge. The first step will be to add two 18,000-pound steel plates on either side of the fracture to make it stable for the second phase of repairs. Phase II involves removing and replacing the damaged beam. TDOT said repairs could take several months but better estimates will be available as repairs progress.

TDOT said it has dedicated two inspection teams and drones to work on the Interstate 55 Mississippi River Bridge, downstream from and in sight of the damaged bridge, and is using an overabundance of caution in reviewing new footage and previous inspection reports to verify the safety of the older bridge.

About the Division of Agriculture

The University of Arkansas System Division of Agriculture’s mission is to strengthen agriculture, communities, and families by connecting trusted research to the adoption of best practices. Through the Agricultural Experiment Station and the Cooperative Extension Service, the Division of Agriculture conducts research and extension work within the nation’s historic land grant education system.

The Division of Agriculture is one of 20 entities within the University of Arkansas System. It has offices in all 75 counties in Arkansas and faculty on five system campuses.

The University of Arkansas System Division of Agriculture offers all its Extension and Research programs and services without regard to race, color, sex, gender identity, sexual orientation, national origin, religion, age, disability, marital or veteran status, genetic information, or any other legally protected status, and is an Affirmative Action/Equal Opportunity Employer.