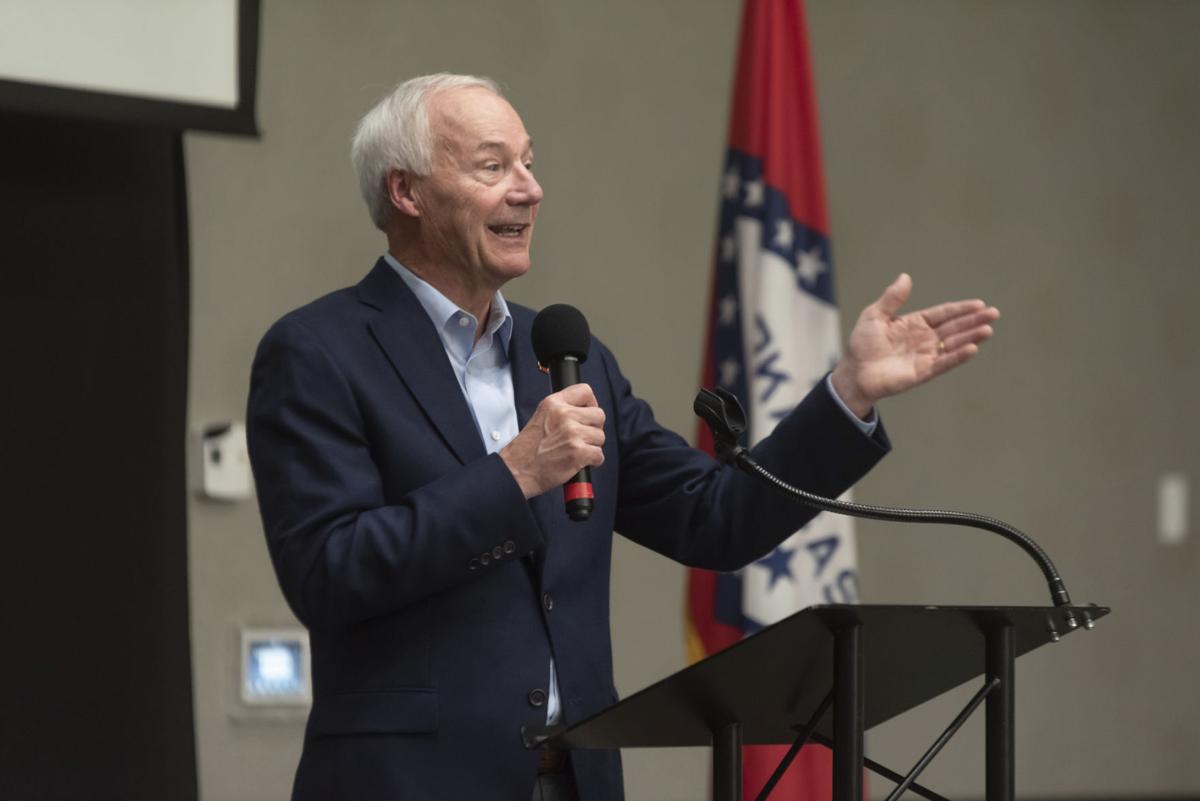 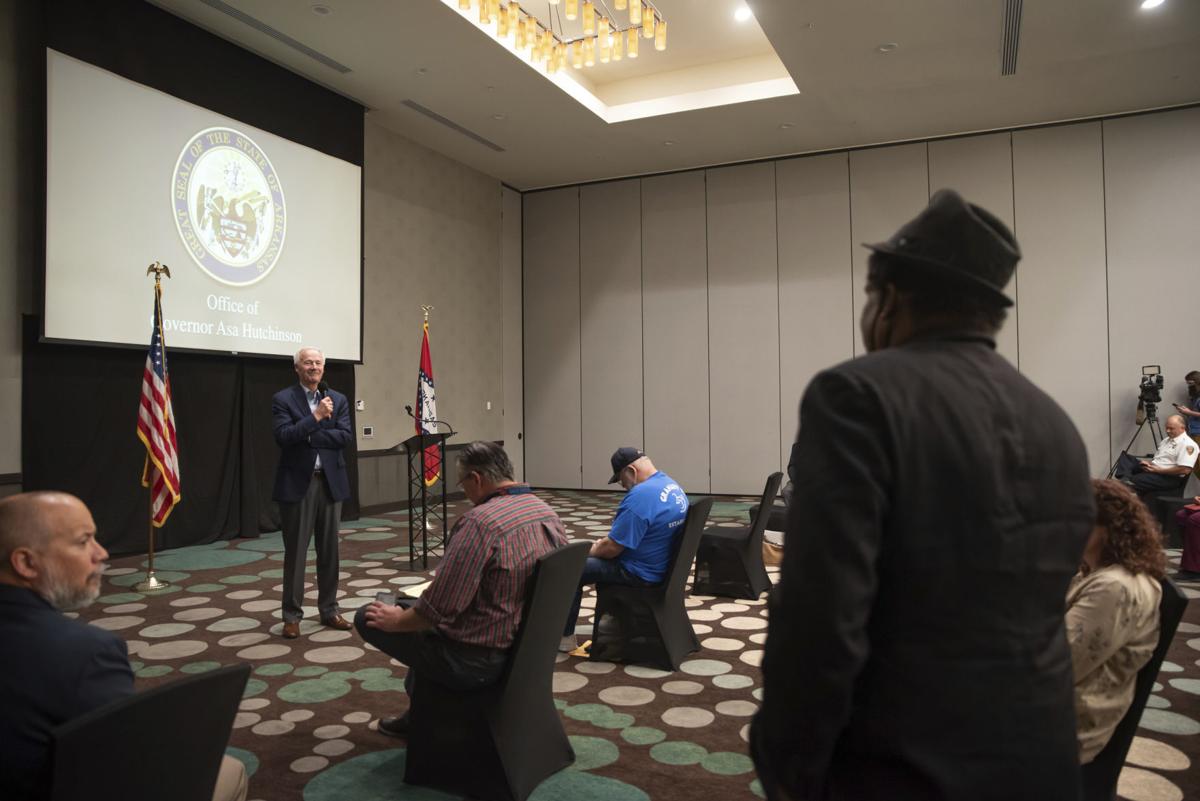 TEXARKANA — Free lottery tickets for those who get vaccinated had few takers. Free hunting and fishing licenses didn’t change many minds either. And this being red-state Arkansas, mandatory vaccinations are off the table.

So Republican Gov. Asa Hutchinson has hit the road, meeting face-to-face with residents to try to overcome vaccine hesitancy – in many cases, hostility – in Arkansas, which has the highest rate of new COVID-19 cases in the U.S. but is near the very bottom in dispensing shots.

He is meeting with residents like Harvey Woods, who was among five dozen people who gathered at a convention center ballroom in Texarkana on Thursday night. Most of the audience wasn’t masked, and neither was Hutchinson, who has been vaccinated.

Woods, 67, introduced himself to Hutchinson as “anti-vax” and said that he thinks there are too many questions about the effects of the vaccine and that he doesn’t believe the information from the federal government about them is reliable.

Hutchinson and his top health official tried to reassure Woods about the Food and Drug Administration’s review process. But Hutchinson had a question for Woods.

“Do you believe COVID is real?” the governor asked.

“I’m not afraid of it,” said Woods, who later said he contracted the virus last year.

Hutchinson embarked on the statewide tour as he took over as chairman of the National Governors Association. In that role, he has called combating vaccine resistance a priority.

Studies have shown the vaccines to be highly safe and effective. But misinformation continues to sow doubts about them, especially in conservative and rural areas. Hutchinson has urged the FDA to give full approval to the vaccines instead of emergency authorization, saying that would address one of the arguments used by opponents.

At the forums, Hutchinson tries to empathize with the vaccine skeptics’ anti-government, anti-media sentiment. His message: Listen to your own doctors and medical professionals, not conspiracy theories.

“Let me make sure it’s clear: I’m not asking you to trust government,” he told the Texarkana audience. “I’m asking you to look at, do your own research, talk to people that you trust, and that to me is the right approach.”