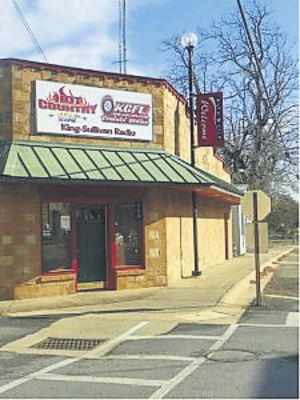 The building is a fixture in Clinton's downtown 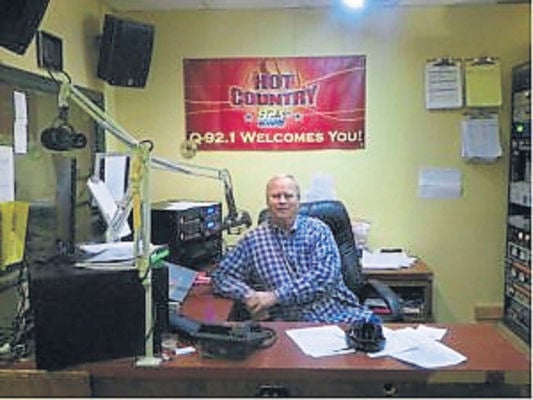 The building is a fixture in Clinton's downtown

King-Sullivan Radio has been filling the airways of Van Buren County for 42 years. Weber-King Radio was founded Nov. 16, 1977 by Sid King and his sister Deanna Weber. King, a recent graduate at the time from Arkansas State University with a Bachelor of Science degree in broadcasting, had striven to be in radio as a child partly due the influence of his uncle, himself a successful business man in the radio and television industry. Through the years the name has changed to King-Sullivan Radio but the one thing that remains the same is Sid King is at the helm and his passion for this industry has kept listeners tuning in for decades.

King-Sullivan’s original station KGFL started as a sunrise to sunset format. The station would start the day with an hour of gospel, then country music ‘til 3 p.m. and close the day out with rock-n-roll from 3 p.m. to sunset. This format would stay for the first five years of the company but with the addition of FM KHPQ in 1982 King changed his format to country music for KGFL and provided top 40 adult contemporary on KHPQ. Through the years there has been many format changes ranging from gospel to talk radio and everything in-between, but a local and regional favorite The Trading Post has been a staple piece since their start in 1977.

King-Sullivan Radio has been a fixture of Clinton’s Downtown at 260 Main Street since the beginning. King recalled the business that occupied his location before him was a short lived clothing store called the Funky Fox but most will remember his historic rock building started out as Patton Family Appliance Store built in the late 30’s. As most business owners downtown King recalls the winter of 1982 but not only because of the flood that year downtown, that was the winter he launched his FM station. King was two weeks into the launch of his additional station with new equipment everywhere, a large portion still in the boxes, when the unforeseen disaster happened. Lighthearted as Sid King is; his description of the event was the equipment in the boxes were easier to retrieve due to the Styrofoam made them float to the top. Joking aside this was a moment of truth for King and his radio station with a large investment in equipment two weeks prior and flood insurance not readily available we have King’s passion for radio and his resilience to thank for Clinton still having a local station today.

KGFL and KHPQ now with two FM stations and 1 AM station on your radio dial not only offers free radio to our region they support Clinton and Van Buren County through community bulletin board and local weather. With a peak listening audience of 14,000 King-Sullivan Radio has been the number-one radio station in Van Buren County since 1977.