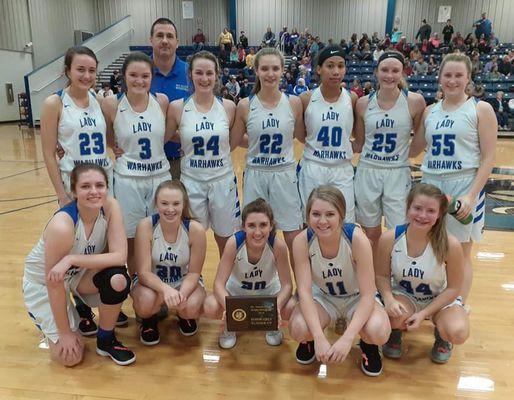 The Mt. Vernon-Enola Lady Warhawks finished as runner-up in the MVE Holiday Tournament after falling 67-43 in the finals last Monday night. 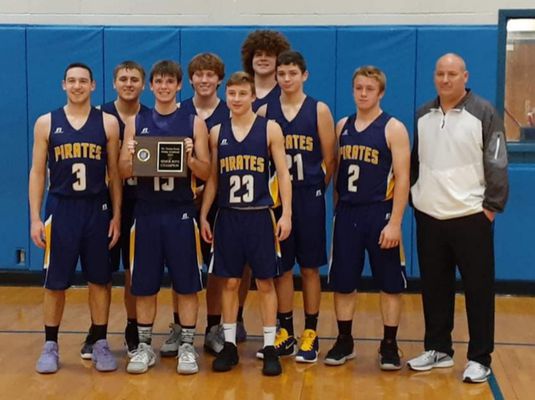 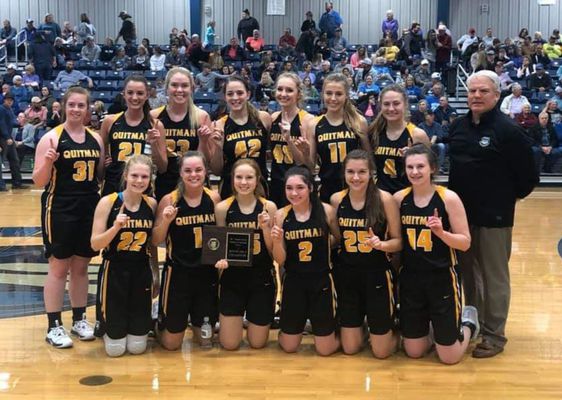 The Quitman Bulldogs finished as runner-up in the MVE Holiday Tournament after falling 67-46 in the finals last Monday night.

The Mt. Vernon-Enola Lady Warhawks finished as runner-up in the MVE Holiday Tournament after falling 67-43 in the finals last Monday night.

The Quitman Bulldogs finished as runner-up in the MVE Holiday Tournament after falling 67-46 in the finals last Monday night.

MT. VERNON — The Quitman Lady Bulldogs and Concord Pirates have proven to be no strangers to winning tournaments over Christmas Break in the past years, with the Lady Bulldogs winning three straight Greers Ferry Lake Classic titles from 2017-2019 and the Pirates taking back-to-back crowns in the same event from 2018-19, adding on three more in 2010, 2011 and 2014.

Last Monday, both programs hoisted the gold in the First Annual Mt. Vernon-Enola Holiday Tournament as the Lady Bulldogs crushed the host Lady Warhawks 67-43 before the Pirates sailed past the Quitman Bulldogs 67-46.

The Lady Bulldogs used their fusion of experience and youth to steal the homecourt advantage away from the Lady Bulldogs, as sophomore phenom Taylor Hooten scorched the net for 26 points while getting help from her senior teammates and fellow sophomore classmates.

Hooten provided the hot hand for Quitman with nine points in the first quarter alone, who led 12-8 when Hooten buried a 3-pointer from the top of the key, building a 33-17 lead at the intermission thanks to an offensive putback from senior Lucy Holland before Hooten connected on her sixth triple of the contest to give her 21 points after sixteen minutes.

The senior duo of Autumn Johnson and Carson Rackley got the visitors out to a 6-0 run after Johnson scored off a steal and Rackley drained two free throws before knocking down a turnaround shot in the lane. MVE junior Brooke Adcock cashed in on two of three shots from the charity stripes to cut the deficit down to 18 points, but two pull-up jumpers from Rackley and driving finish for seniors Haley Trawick and Halle Bennett to widen it out to 51-24.

The Lady Warhawks reeled off a 9-0 run of their own to stay in it, however a seventh and final trifecta from Hooten, free throws from Holland and Rackley and a three from the left corner for Johnson iced the game and gave the Lady Bulldogs another trophy to add their their already full case in Bulldog Complex.

Hooten, who was selected as the tournament’s most valuable player, finished with a game-high 26 points for Quitman (12-2), getting 11 from Johnson and 10 from Rackley. Brock had 11 for MVE (17-2), followed by McJunkins with 10 and Brooke Adcock with 9. The Lady Bulldogs and Lady Warhawks will link up again on February 11 at MVE.

In this “Battle of Cleburne County,” it was the Pirates outlasting the Bulldogs in a meeting between two squads who advanced to the quarterfinals of the state tournament last season, leading 19-10, 40-24 and 52-36 at the quarter breaks while being led by a combined 45 points by the brother duo of Braxton and Bryar Cousins.

The Pirates set the tone early with a 19-10 advantage after one quarter of action after senior Bryar Cousins buried a wide-open 3 pointer right before the horn to overcome an early 5-4 deficit to the Bulldogs, who got a 27-foot triple to go for senior sharpshooter Zac Shue.

Brother and sophomore Nic Shue found the net for three points to end the scoring for the home team, leading to a 7-0 run from Concord that featured a turnaround shot down low from senior Hunter Spinks and an offensive putback for Braxton Cousins on his own miss.

Quitman senior guard Jordan Mauldin splashed home a three from the left wing to pull the Bulldogs within single digits to start the second quarter, but the Pirates continued their onslaught after Spinks found a cutting Bryar Cousins on a wraparound pass for the easy deuce, adding on yet another putback for Braxton Cousins and a three for sophomore Dylan Byrd for a 40-24 lead heading into the locker room.Junior Jacob Cantrell came through with two consecutive lay-ins up and in off the glass to make it 44-32 but the Cousins brother continued to have their way around the goal and provide more offensive firepower inside before senior Dillon Helms made a three from the right corner on a no-look dish from classmate Rodney Brock, who would go on to pick off a pass and finish with the right hand while drawing the foul, coming up short on the free throw but getting a stickback from Bryar Cousins to fall to give the Pirates their largest lead of the night at 61-36, coasting the rest of the way for the win.

Braxton Cousins, the most valuable player of the tournament, fired in a game-high 27 points for the victorious Pirates (17-2), adding on 18 from Bryar Cousins and eight from Spinks. Applewhite and Cantrell rang up 12 apiece for the Bulldogs (12-4), tacking on 10 from Nic Shue. Zac Shue, who serves as Quitman’s leading points per game scorer at 20, was held to only three points on the night.