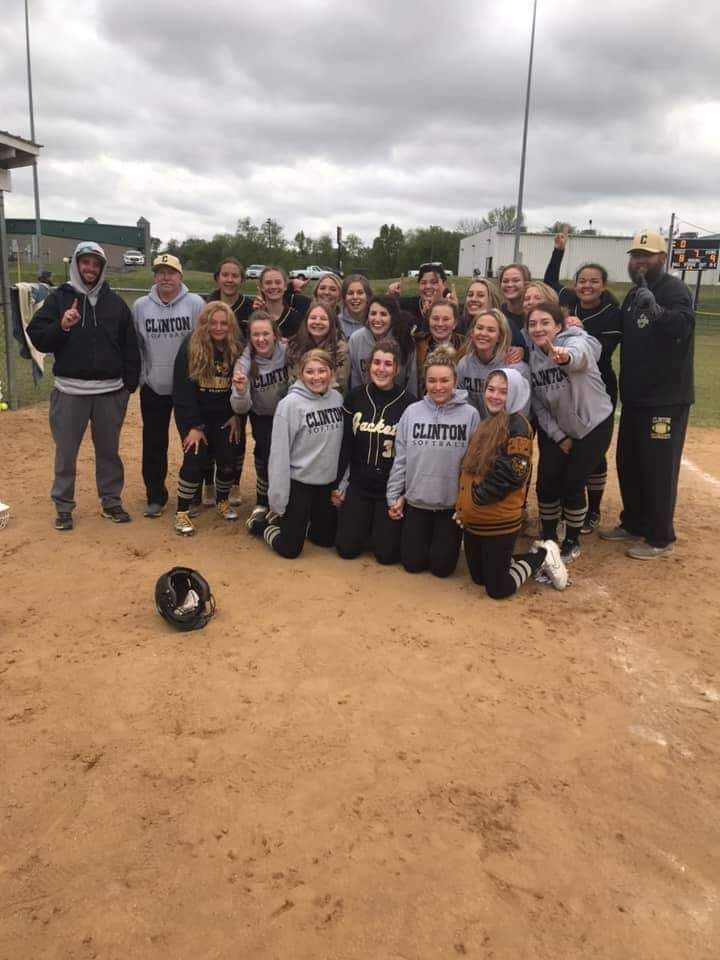 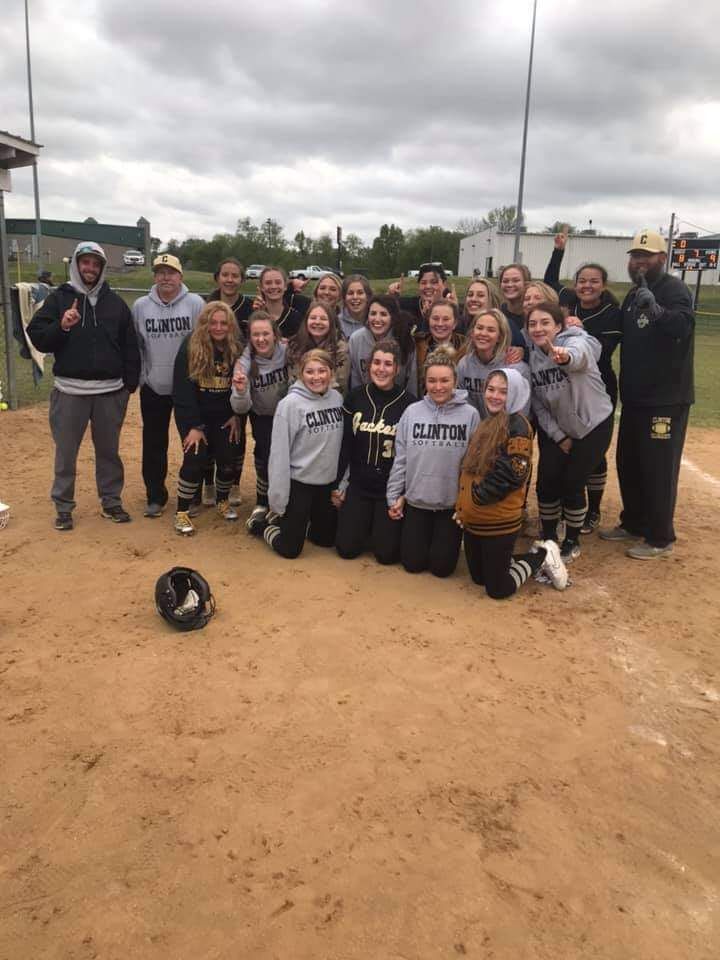 Clinton’s Cardiac kids did it again on Tuesday coming from behind in the bottom of the seventh inning to defeat Pangburn and claim the outright 2-3A Conference championship. The win gave the Lady Yellowjackets a perfect 8-0 conference record. It was the fourth time in five games that Joe Hudson’s Jackets had come from behind to win.

The playing conditions on Tuesday were difficult as dropping temperatures and high winds throughout the afternoon dropped the wind chill down into the 30s during the game. Clinton dug themselves a hole early against Pangburn, just as they had done against Bald Knob the preceding Friday, giving up four runs in the 1st. The Lady Yellowjackets got a run back in the bottom of the first as Gracie Linville scored, after drawing a walk, on a double by Abigail Parks. The Lady Jackets tied the game with three runs in third inning. Clinton got another RBI double from Parks and a run scoring single from Lilly Smith.

Pangburn immediately retook the lead 7-4 in the fourth inning sending nine batters to the plate scoring three runs. Clinton chipped away at the Lady Tigers lead scoring one run in the fourth inning with the big hit a McKenna Buetner double. The Tigers added a run in the sixth inning to regain their 3-run lead 8-5 but the Lady Yellowjackets came back with two runs in the bottom of the inning to cut the Pangburn lead to 8-7. The big blow was a 2-run homerun by Linville. In the top of the seventh inning the Lady Tigers had a runner at third base with only one out. Annabelle Sowell made a great defensive play at shortstop throwing out the Pangburn runner at the plate and keeping the Tigers scoreless in the inning setting up the dramatic bottom of the seventh inning for the Lady Jackets. Kaitlyn Thatcher reached to open the inning on a Lady Tiger error. A one out walk by Sowell put runners at first and second with one out. Abby Tharp singled to tie the game and sending Sowell to third base with the potential winning run. Lilly Woodward was walked intentionally to load the bases bring up Buetner. Buetner hit a two-strike pitch that the center fielder could not come up with and Sowell raced home with the winning run. Tharp was the winning pitcher for Clinton striking out six and Buetner led the Lady Yellowjackets at the plate with three hits.

Clinton closed out the regular season with two non-conference games. On Thursday they traveled to Russellville to take on the class 5A Cyclones. The Lady Yellowjackets gave Russellville all they wanted before dropping the game 5-4 on a run in the bottom of the seventh inning. On Friday, the Lady Jackets closed out the regular season with a 10-4 non-conference loss to Valley Springs at home on Senior Day. Five Lady Yellowjackets seniors were honored Haley Calhoun, Lacy Bell McJunkins, Natalie O’Neal, Haven Stolzfus, and Abby Tharp.

Clinton is now 17-6 on the season. The Lady Yellowjackets will now move on to postseason play as the #1 seed in the 2-3A District Tournament. The tournament will be played in Searcy at Riverview High School.