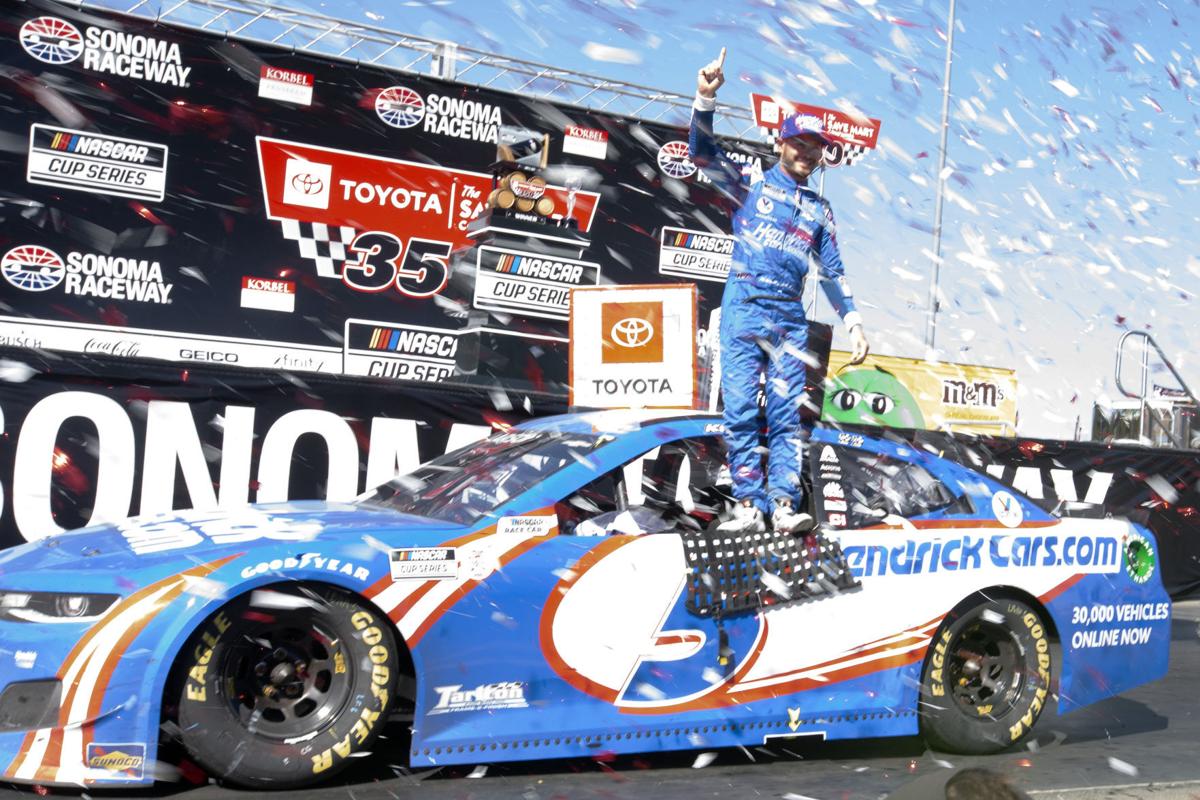 Kyle Larson stands atop his car after winning a NASCAR Cup Series race at Sonoma Raceway in Sonoma, Calif., on Sunday. 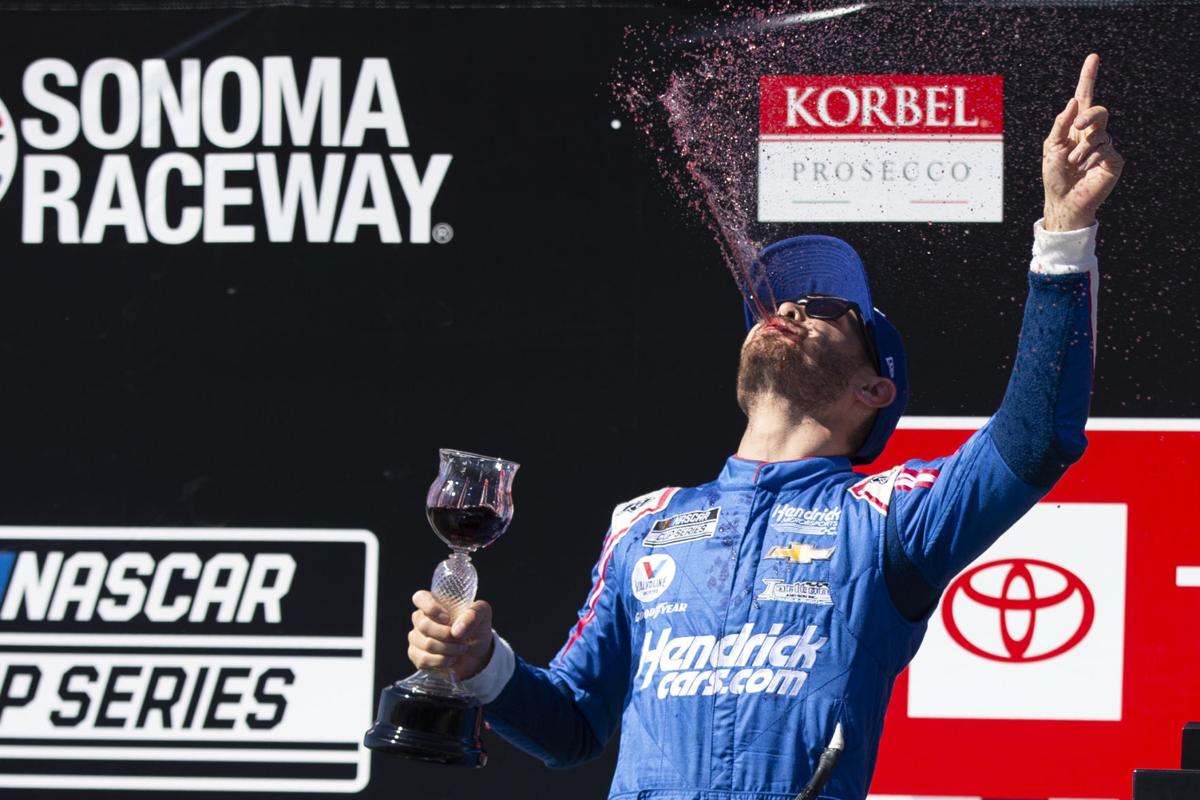 Kyle Larson stands atop his car after winning a NASCAR Cup Series race at Sonoma Raceway in Sonoma, Calif., on Sunday.

Now he’s a Cup winner at what is considered the Elk Grove racer’s home track, but his victory lane celebration Sunday was a disaster.

Larson tried to recreate a 2014 photo of himself spitting wine into the air following a lower level win, but it was far windier after this big leagues victory and when Larson splayed his mouthful from the oversized chalice, the red wine splashed all over the new track president.

It was the only thing Larson did wrong all day.

Larson beat teammate Chase Elliott in overtime to win his second consecutive race, third of the season, and help Hendrick Motorsports continue its month of dominance.

“Obviously, last weekend was huge for our company, the history and heritage of our company. We’re obviously very proud to do that for Mr. Hendrick in our backyard,” said Jeff Andrews, executive vice president and general manager at HMS. “Now we come out here to Sonoma and we get one for Kyle in his backyard.”

The Hendrick group is on such a roll that maybe only two-time defending winner Martin Truex Jr. was considered a real threat to stop the streak Sunday, when NASCAR returned to California for the first time since 2019 because of the pandemic.

But reigning Cup champion Elliott was the favorite. He is, after all, the current king of the road with six victories on road courses including a victory over Larson two weeks ago in the rain-shortened debut at Circuit of the Americas in Texas.

Instead the win went to Larson. And even though it was in overtime, it wasn’t close as Elliott remained winless at Sonoma in five starts.

“We were solid today, just not good enough at the right times,” Elliott said.