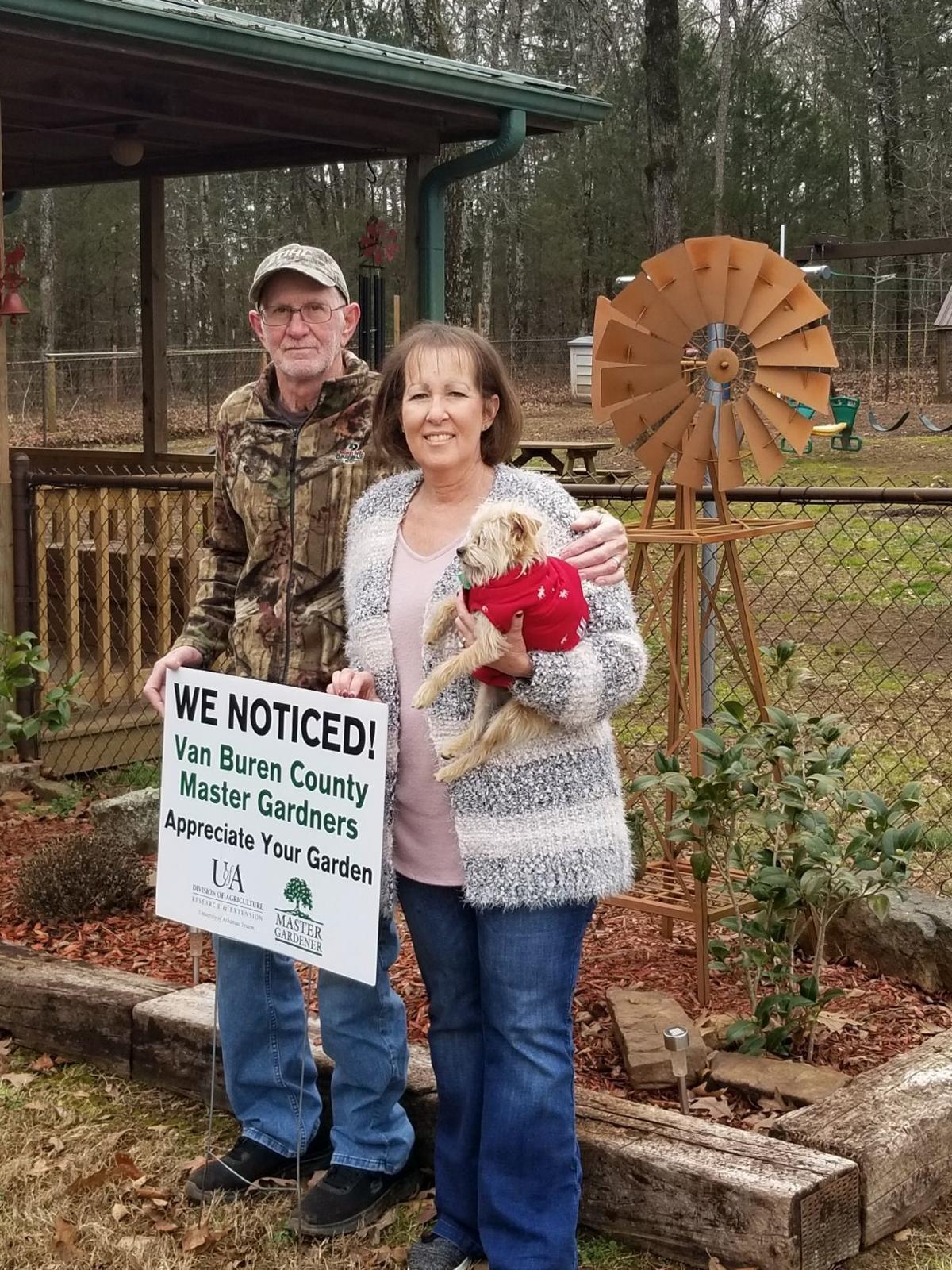 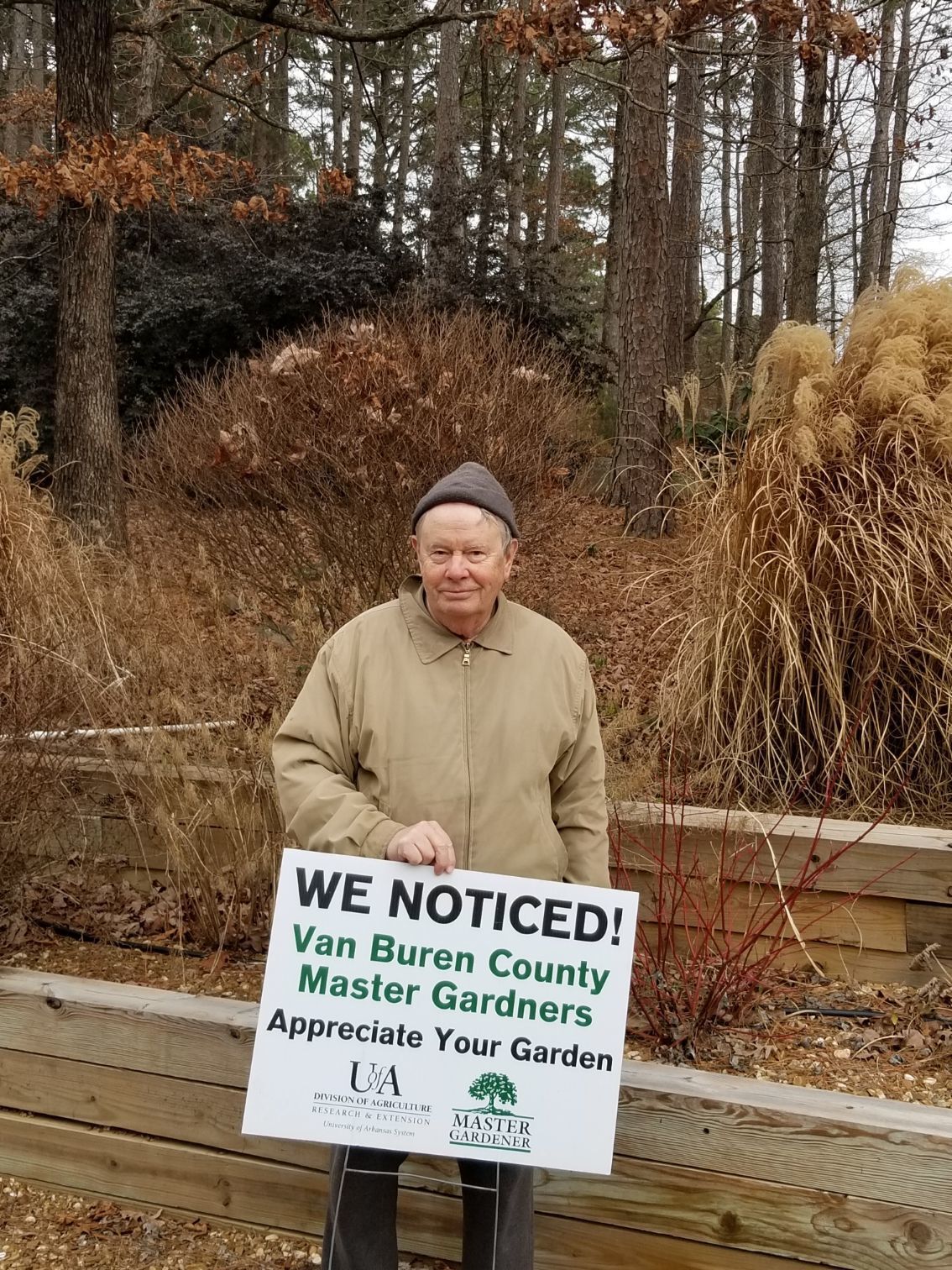 The Van Buren County Master Gardeners were out on prize patrol again.

Today’s first winner was Bruce and Diane Forsland of Fairfield Bay. They were nominated by Maud Huber. She nominated them back in May but sadly the nomination fell through the cracks. After seeing this yard, it makes me even more sad that we didn’t go see it then. We will be going back in the spring.

Their driveway is lined with lilac trees, plus they have a large wisteria in the backyard. The smell must be heavenly. They also have a long road frontage. It is terraced and full of a variety of plants. Bruce and Diane built the house in 2007. There was a large rock right where the house was to be. The contractor said that he would move that rock once ... which he did and has now become an amazing pond and waterfall. I was impressed by the wisteria. It was growing up an old tree trunk and then Bruce welded a grid made from rebar to be on top of this tree trunk, where the vines grow through. The birds are also impressed.

The second winner was Barbara and Troy Dunham of Choctaw/Clinton. They were nominated by their grand daughter, Taylor Puckett.

It started with a beautiful drive through the country. At the end of it was our pot of gold. What an amazing garden and an even more amazing story. They moved in three years ago and had hoped that it would be their retirement home. When they moved in there were no flowers at all. So they got busy and began putting in flower beds. Then disaster happened. Troy was involved in a tree trimming accident that landed him in the hospital for 9 months. They didn’t expect him to ever walk again. Now he is not only walking, but helping in the yard again. Then another disaster. Barbara is a school bus driver and with school out as a result of covid-19, she had extra time on her hands. She built the deck and the playground in the backyard. She built multiple flower gardens and special seating spaces. She got a greenhouse to help with her love of flowers. Even in the winter there were many points of interest and inspiration.

Congratulations to you all. You help to make this beautiful county even more beautiful. Even on a dreary, cold winter day these gardens bring sunshine to those who get to see them. Thank you for sharing your gardens with us and for inspiring us.

Once again nominations work. We would love to see more of your lovely gardens … in Clinton, in Fairfield Bay and in the many other areas of Van Buren county. You can send your nomination to me at birdies_nest2004@yahoo.com