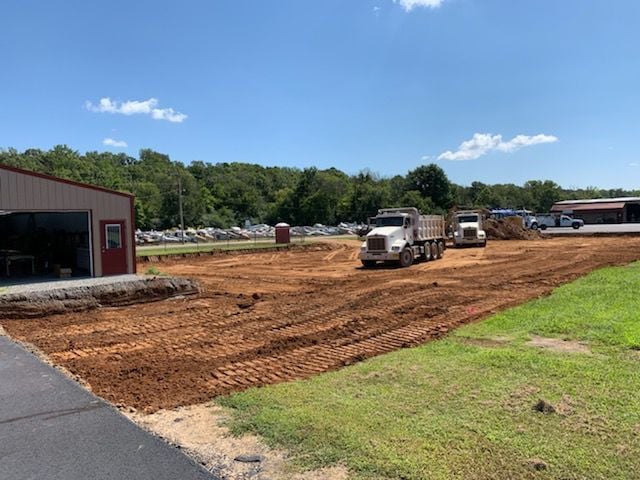 Construction underway at the Clinton airport. The new hangar construction includes paving the area around the building. 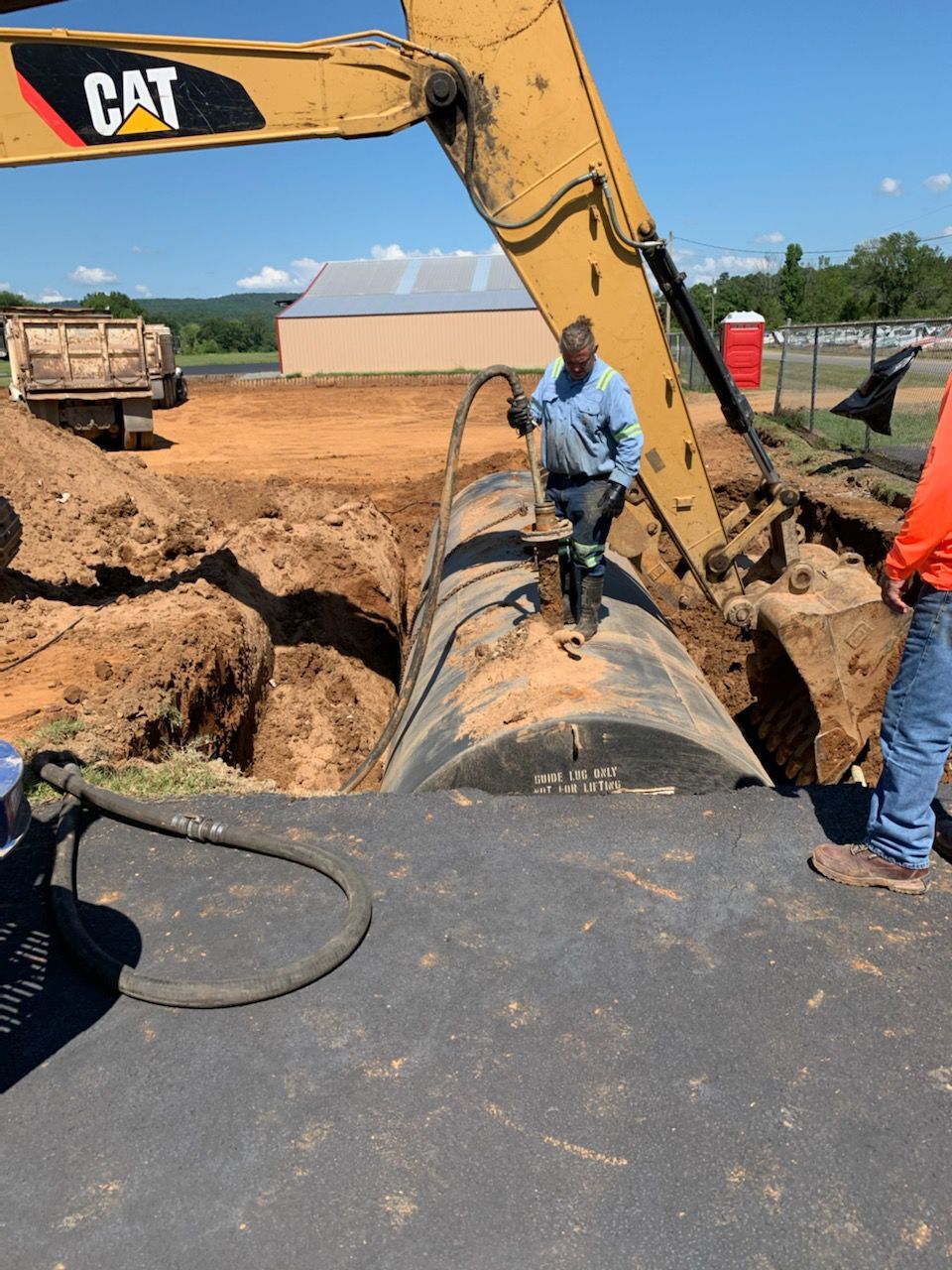 The no-longer-used fuel tank being removed at the Clinton airport. It had once been used to store aviation fuel. Shortly after being exposed, dry ice was pumped into the tank so any fuel residue would become inert. The tank was then taken away.

Construction underway at the Clinton airport. The new hangar construction includes paving the area around the building.

The no-longer-used fuel tank being removed at the Clinton airport. It had once been used to store aviation fuel. Shortly after being exposed, dry ice was pumped into the tank so any fuel residue would become inert. The tank was then taken away.

CLINTON — Dirt is being turned at the airport as work has begun on a new 100 by 100 foot hanger. Work included removing the airport’s old fuel-supply system tank. The work is on the airport’s east ramp, with the hangar being built between two existing hangars, both supporting Dawson Aircraft, a 30 year Clinton business.

The hangar will be owned by the City of Clinton and leased by Dawson Aircraft. Funding is provided through a combination of state and federal grants with a 10 to 20 percent offset (depending on the grant provider) to the city. The offset will be provided by Dawson Aircraft as an advance on its lease of the hangar, City of Clinton Airport Board Chairman Jayson Hayes said.

Dawson Aircraft has been the long-time holder of the airport management contract. President of Dawson Aircraft Will Dawson said the hangar is being used for expansion of his business of aircraft salvage, aircraft repair and aircraft accident recovery.

The business’s continued growth led to a need for more space. Dawson said business for his company has continued to grow in recent years, even as other businesses have suffered downturns. One area of growth has been the recovery of aircraft parked at airports and in the path of major storms, and suffering damage as a result. His company’s being contracted by insurance companies to recover, and in some cases repair, these aircraft has led to the recent hiring of additional staff, he said.

“We appreciate the City of Clinton making this possible. The new hangar allows for additional growth, and employment, in the county,” Dawson said.

Hayes, speaking for the airport board, echoed Dawson: “The commission is excited to grow the airport and create jobs in the community,” he said. “We would do the same for any business interested in expanding at the Clinton Airport.”

A portion of the new hangar construction led to the removal of a 10,000 gallon underground fuel tank which had been in place for 23 years. The tank was at one corner of the construction site. The tank was no longer in service as the airport had recently installed a self-service 6,000 gallon fuel facility on the west end of the airport’s parking ramp.

Changes in environmental laws in the last 20 years have led to airports moving away from underground fuel storage to above-ground systems.

[Note: Editor Alex Kienlen is a member of the Clinton Airport Board and a consultant to Dawson Aircraft.]