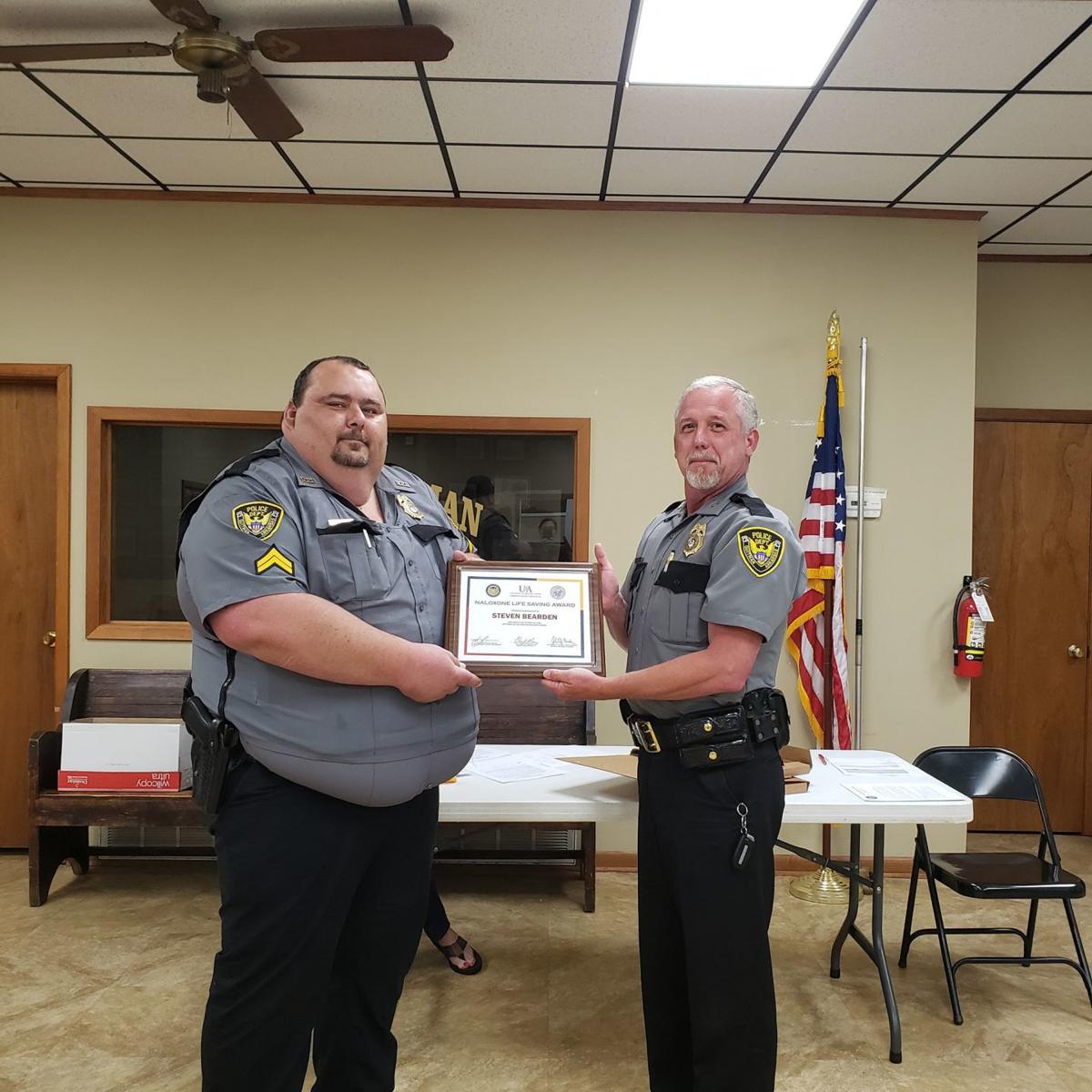 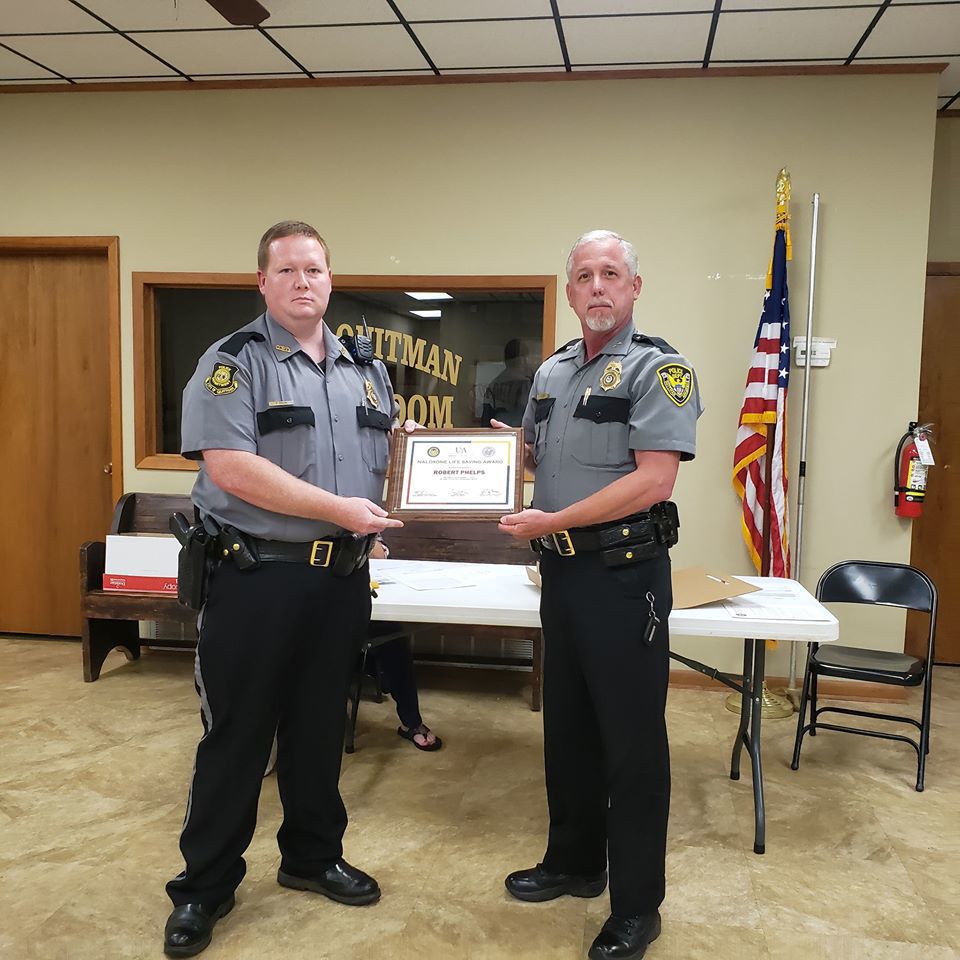 Officer Robert “Bobby” Phelps was also recognized during the Quitman City Council meeting for reviving a 29-year-old mother who suffered from an apparent opioid overdose on Jan. 17.

Officer Robert “Bobby” Phelps was also recognized during the Quitman City Council meeting for reviving a 29-year-old mother who suffered from an apparent opioid overdose on Jan. 17.

Phelps revived a woman using Narcan on Jan. 17 and Bearden revived a man on April 16.

Narcan (also called Naloxone) is used to reverse the affects of an opioid overdose. The emergency-treatment nasal spray is used to counteract the life-threatening of an opioid overdose. Because most accidental overdoses occur in a home setting, it was developed for first responders, as well as family, friends and caregivers, to be able to keep on hand to respond quickly in an emergency situation.

“We appreciate their service and dedication to our community,” Mayor Cyndi Kerr said of the officers “distinguished” service. “Both saved lives by administering Narcan to drug overdose victims.”

Phelps was called to residence along Treasure Hill Drive around 5 p.m. Jan. 17 after a young girl ran to a neighbor’s house because there was “something wrong with [her] mother,” according to a report.

The woman was “breathing very faintly” and was “grayish [and] purple in color,” according to the officer’s report.

Officer Phelps believed the woman was suffering from an apparent drug overdose because she was surrounded by pill bottles.

Three minutes after he gave the 29-year-old mother of two the first dose of Narcan, the officer gave the Quitman woman a second dose. Following the second dose, the woman regained consciousness and was taken to a nearby hospital for additional treatment.

The police chief said he was proud of Phelps’ efforts because the mother of two is now able to continue raising her children.

Bearden was recognized Monday night for reviving an 18-year-old Searcy resident on April 16.

The Searcy teen was found lying unresponsive on the hood of a pickup truck outside of the Circle L Outdoor Power Equipment building at 3:22 p.m. on the day in question.

Bearden and other responding officers noted the teen was “having difficulty breathing” and ultimately moved him from the hood of the truck and instead laid him on the ground. Once the man was on the ground, Cpl. Bearden administered one dose of Narcan in hopes of reviving the teen.

A second dose was administered after Bearden used an Artificial Manual Breathing Unit (AMBU) bag to give the 18-year-old ventilation and assisted breathing when the Searcy man regained consciousness.

Though the 18-year-old refused further medical treatment after he was revived, Henry said he now has a second chance at life thanks to his officer’s efforts.

“We’re really blessed in Quitman. [These officers] all care about the community and go above and beyond of what’s asked of them,” Henry said. “I cannot say enough words about them … they treat people the way they’re supposed to be treated. I’ve got some great people here.”