You have permission to edit this article.
Edit
HOME
Van Buren E-Edition
Share This
1 of 8 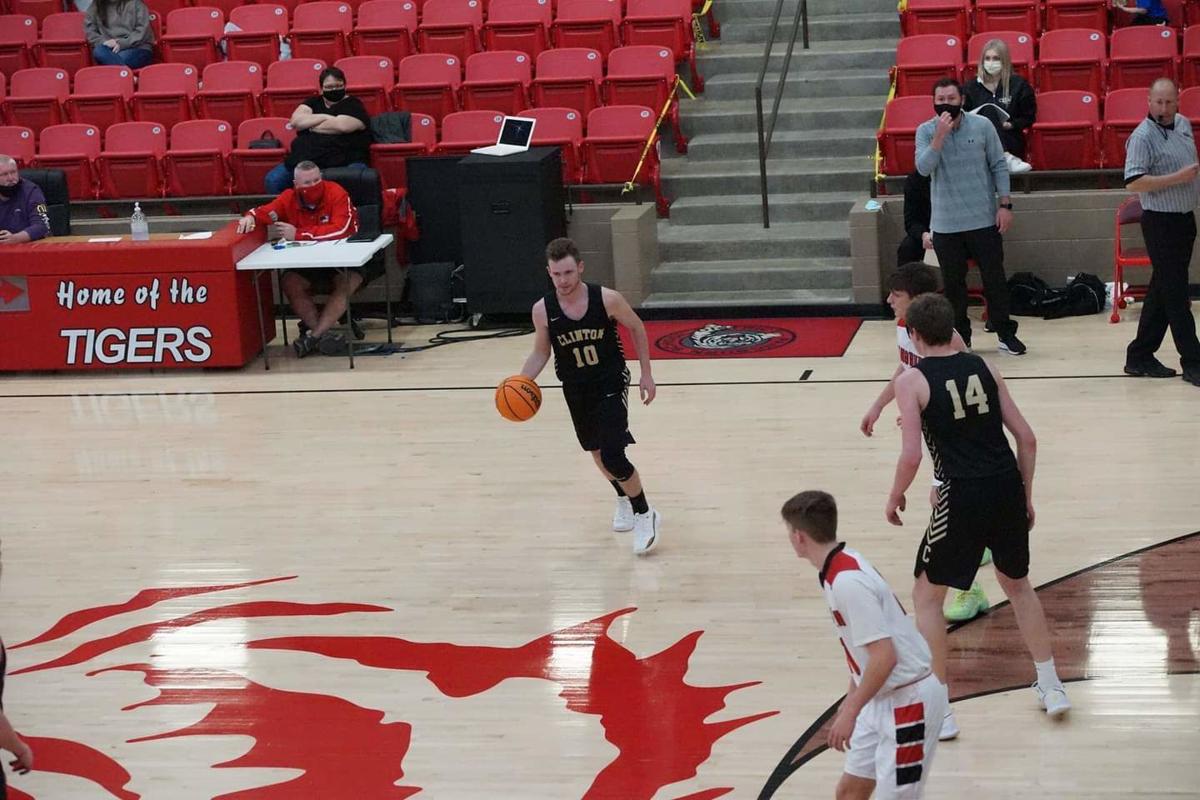 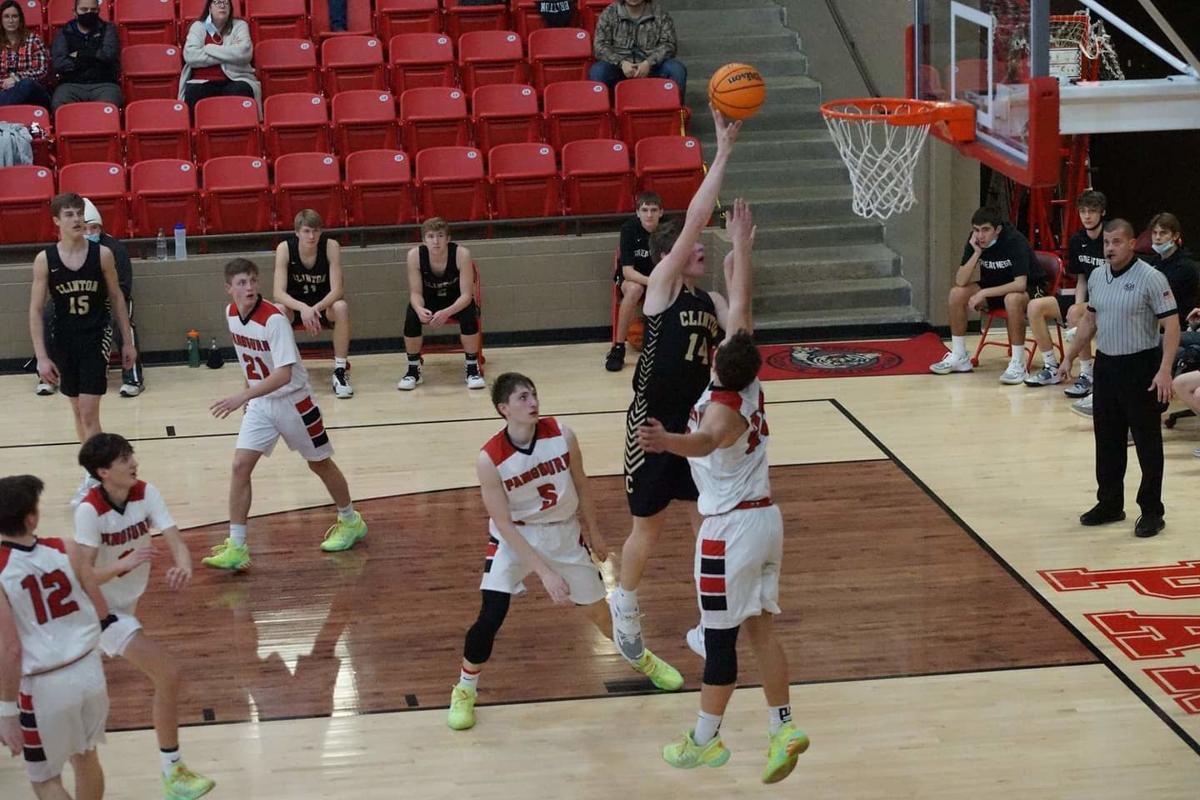 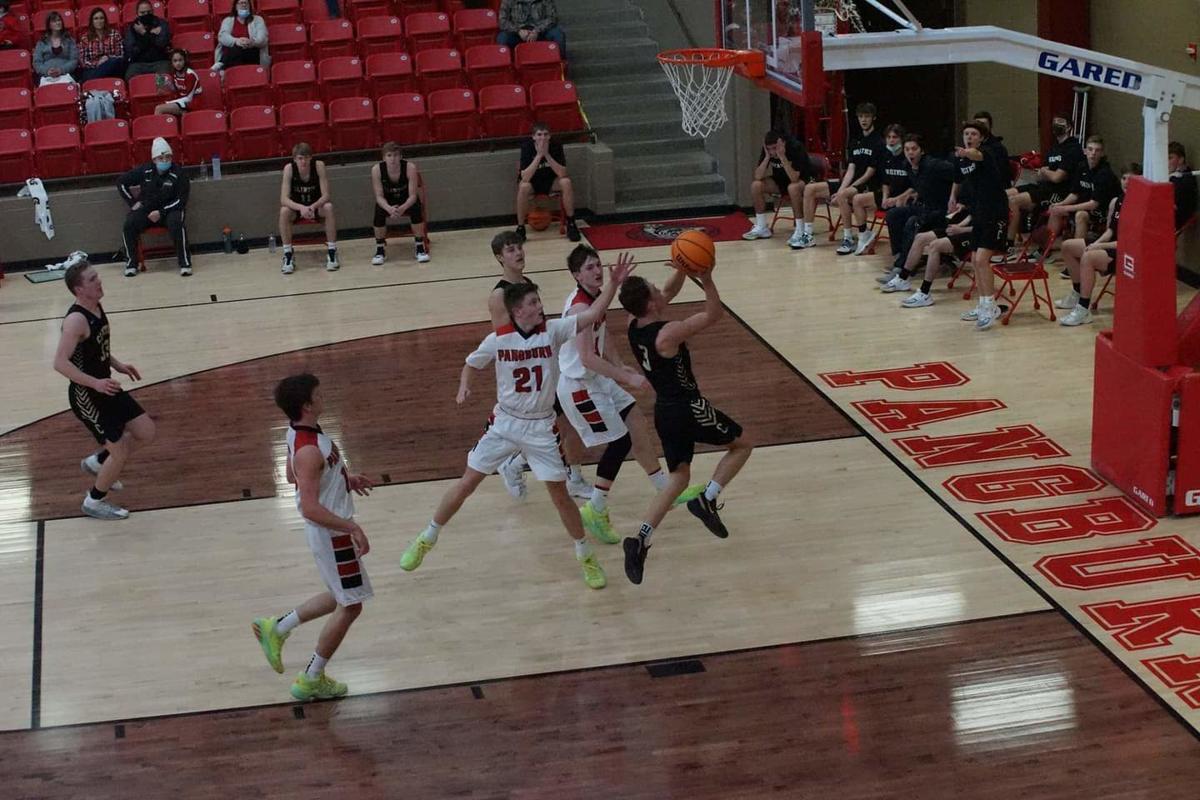 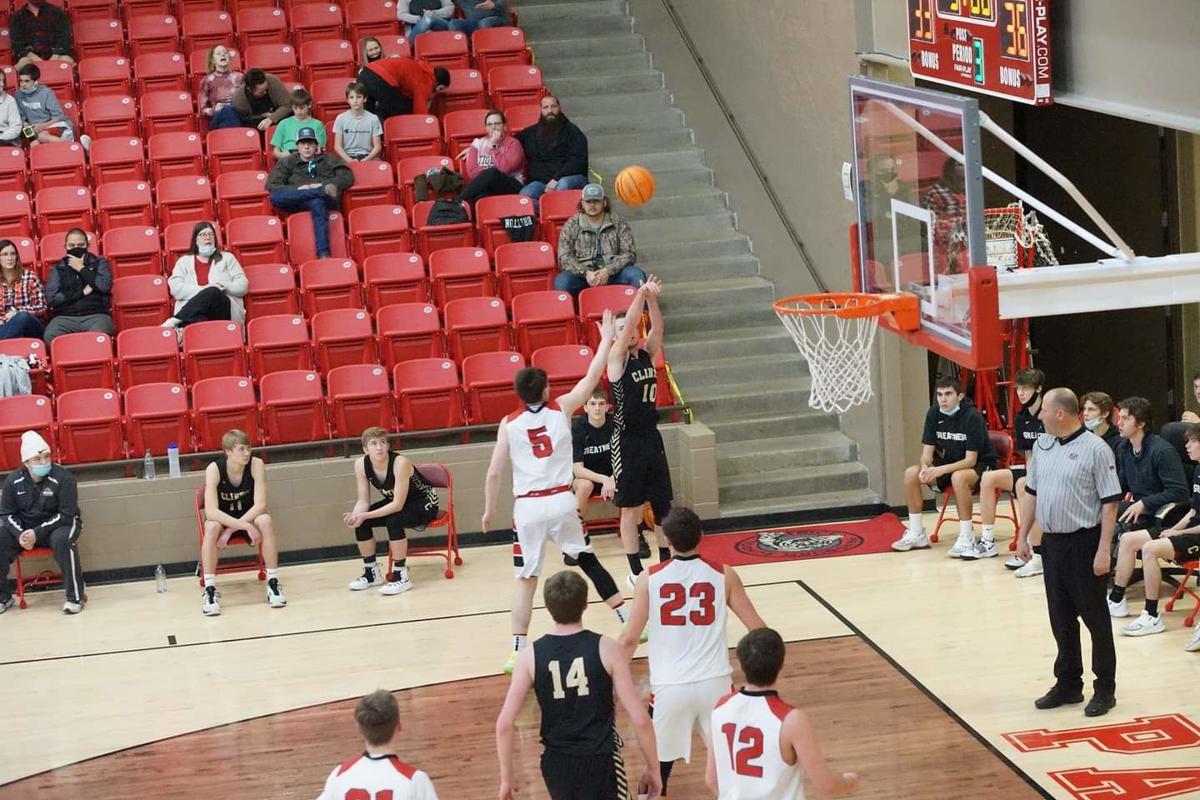 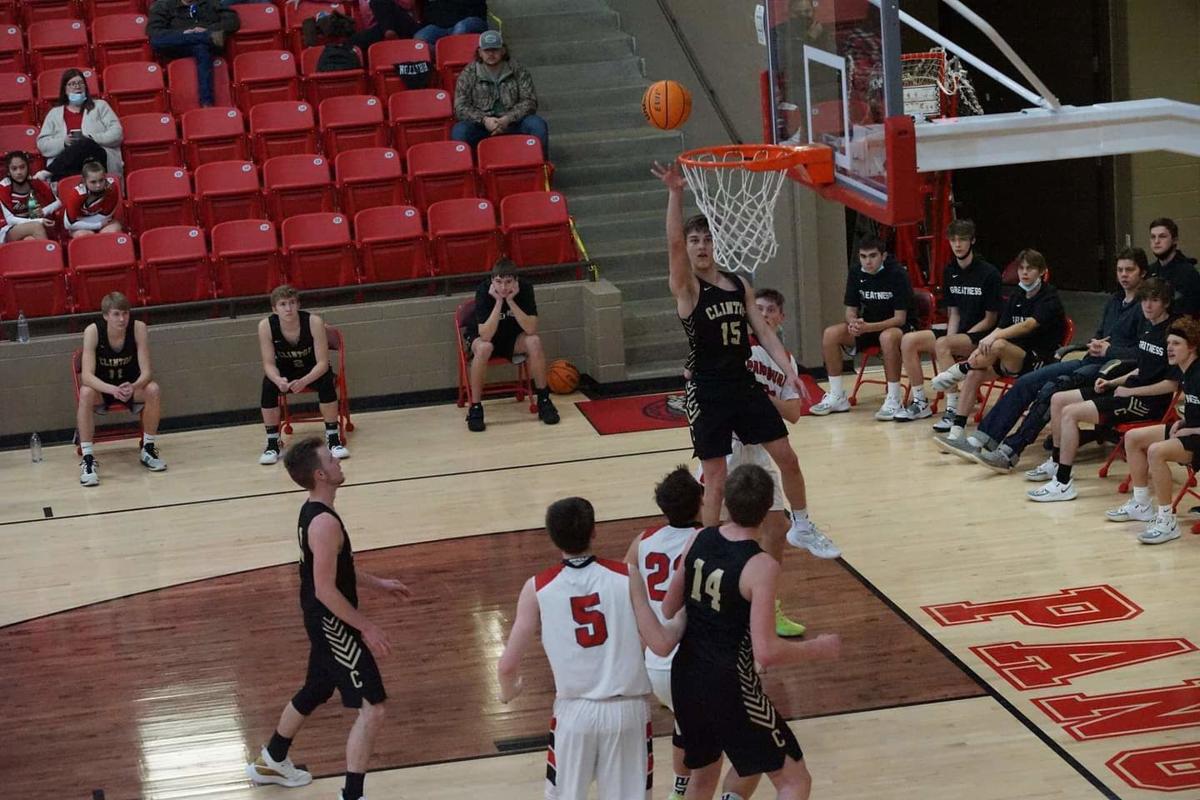 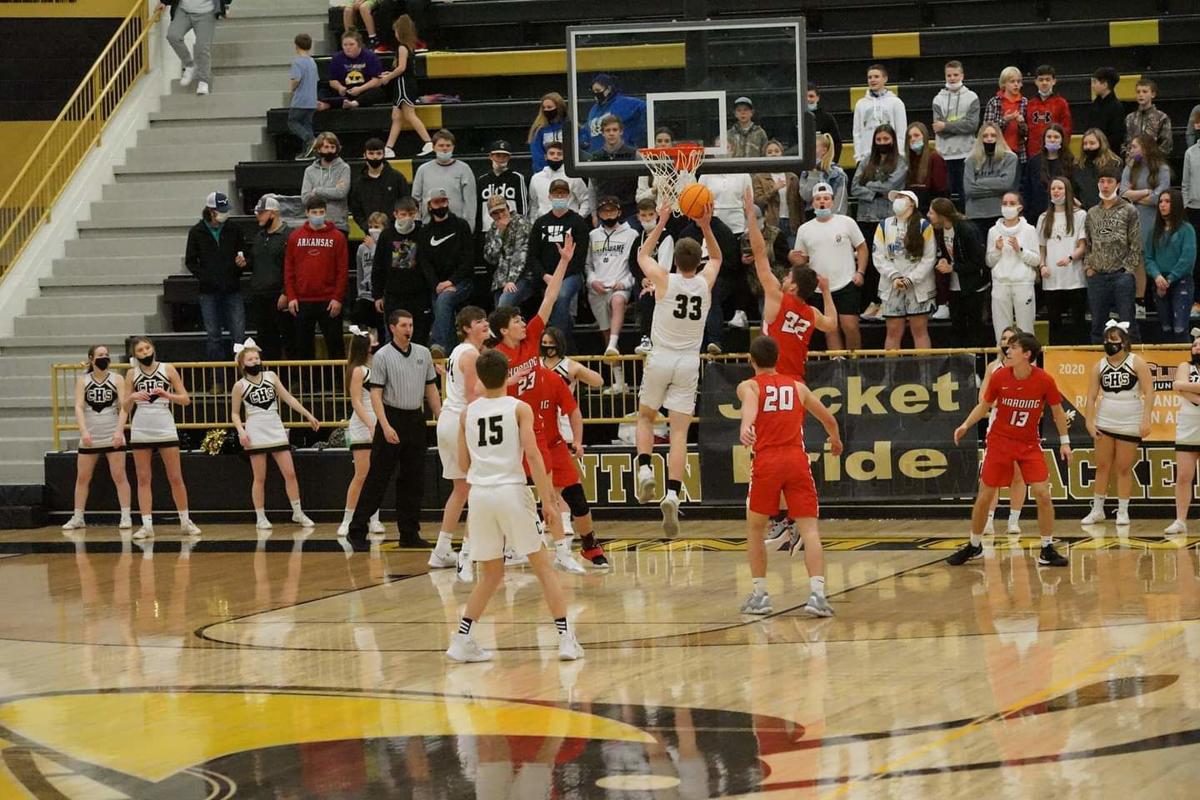 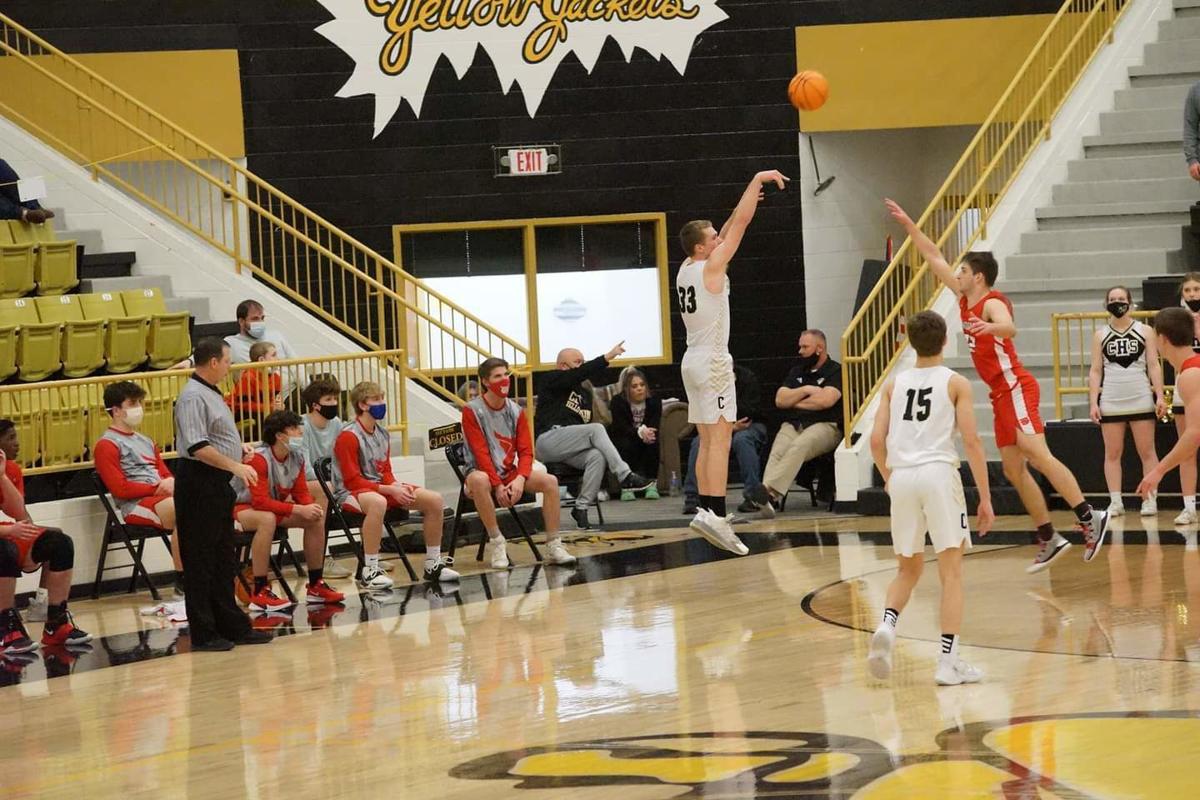 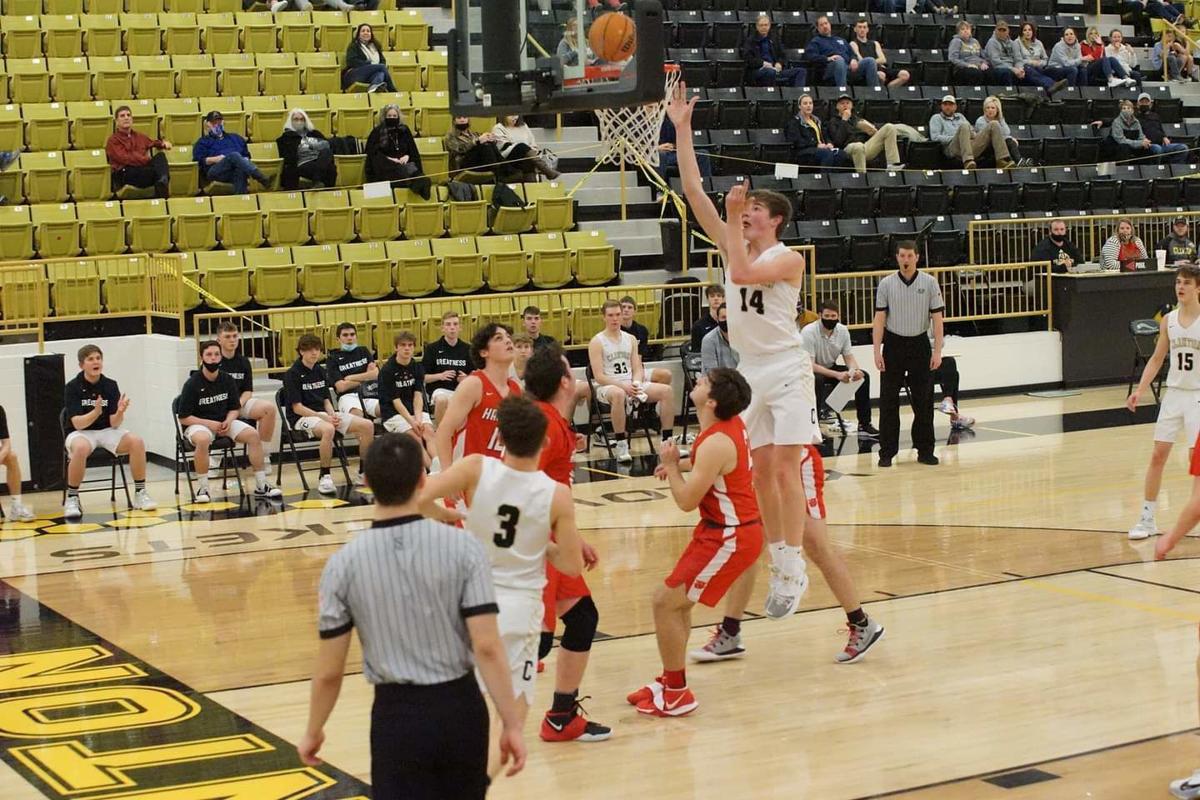 Clinton returned to the hardwood for the first time in two weeks and won two out of three games. The Yellowjackets went into COVID-19 quarantine following their 64-49 win over Cave City on January 19th and did not return to action again until February 1st when they traveled to Pangburn. The Jackets took conference wins over Pangburn on Monday and Riverview on Friday while dropping a game to Harding Academy on Thursday.

On Monday Clinton traveled to Pangburn to take on the Tigers with only two days of practice after coming out of a two-week quarantine period. It was also the first game for the Yellowjackets to play without their leading scorer Senior Jasper Burgess who was injured in the Cave City game and is out for the season. It was a close game throughout with the Jackets seven-point lead at one point being the largest lead for either team on the night.

Clinton came out shooting well in the 1st quarter hitting four 3-point baskets, two by Lathan Newland, and taking an 18-12 lead at the end of the quarter. Pangburn cut the lead to 30-27 at the half. In the 3rd quarter the Yellowjackets took their biggest lead of the game 40-33 with Nathan Farmer getting 6 of his 12-points in the quarter. In the 4th quarter the Tigers fought back cutting the Jackets lead to 46-44 with 1:29 left in the game. A Zac Alexander free-throw with 29 seconds left gave Clinton a 47-44 lead and the Yellowjackets withstood a final 3-point attempt by Pangburn to get the hard-fought win on the road. Alexander with 16 points and Farmer with 12 lead the Jackets in scoring.

On Thursday night Clinton hosted Harding Academy at Yellowjacket Arena. The Wildcats had defeated the Yellowjackets 50-47 back on January 11th in Searcy. In the second matchup between the two teams Harding played almost flawlessly in defeating the Jackets 62-44. Clinton led only one time in the game and trailed by as many as seven points in the 1st half before cutting the Academy lead to 25-24 at the half. The Yellowjackets were outscored 20-8 in the 3rd quarter and trailed 45-32 heading into the 4th quarter. Harding with a strong defensive effort and a perfect 9 for 9 at the free throw line in the final quarter would not allow the Jackets back in the game. Harrison Hall was the only Yellowjacket in double figures with 15 points.

Clinton closed out the week on Friday night desperately needing a bounce back win against Riverview. The Yellowjackets had come from 14-points behind in the 4th quarter to beat the Raiders 41-39 back in December in Searcy. The Jackets only lead of the game that night came on a Zac Alexander baseline jumper with five seconds left to give Clinton the lead and the win. In the rematch the Yellowjackets held the lead throughout the game but were not able to break it open until the final four minutes of the 4th quarter. The game was low scoring throughout with the Jackets holding only a 24-20 lead at halftime with 12 of those 24 points coming on four 3-point baskets. In the 2nd half Clinton began to extend its lead behind a great defensive performance by the Yellowjackets holding Riverview to only 11 2nd half points. The Jackets extended the lead to 34-24 at the end of the 3rd quarter before outscoring the Raiders 13-6 in the final quarter to win 47-31. Three Yellowjackets scored in double figures led by sophomore Russ Hensley with 14, his best scoring night of the year, Alexander with 12 followed closely by Harrison Hall with 11 including three 3-point baskets.

Clinton is now 15-5 on the season and 10-4 in conference play. The Yellowjackets are currently in a three-way tie for first place with Harding Academy and Newport with three conference games left in the season. The Yellowjackets will host Newport on Tuesday night and will end the regular season with road games at Bald Knob on Wednesday and Rosebud on Friday.

The Lady Yellowjackets played only one game during the week and that was a 4-point loss at the #1 ranked Class A team in the state Rural Special. The Lady Jackets other scheduled game, on Friday with Riverview, was canceled due to the Raiders being in Covid-19 quarantine. The Lady Jackets will play at home Tuesday versus Newport and end the regular season Friday at Rosebud which will probably determine who finishes 2nd in the conference behind Mt. View.